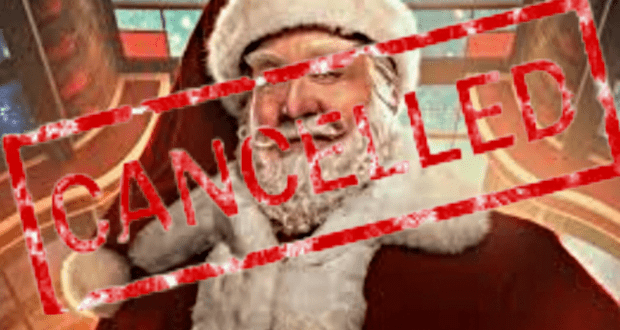 Tim Allen is back in the sleigh again! By now you’ve heard that he is reprising his role as Santa in the new Disney+ series The Santa Clauses based on the classic franchise The Santa Clause. My childhood is rejoicing. Not everyone is so happy with the casting though. Many are upset to see the outspoken conservative comedian back in the role

Much of the backlash is due to a joke the comedian recently made about President Joe Biden.

Biden was on 60 minutes. I heard he asked how long the show was.

Hours after this tweet Tim Allen was trending,  mostly due to people who were offended by the joke. Opinions ranged from wanting to see him fall off a roof, to boycotting the new series, to calling for Disney to remove him entirely. One user even compared him to Satan:

I think we have moved way past Tim Allen as Santa. Maybe Satan is a better fit for him these days.

Some decided to make their views known in a more neutral way by simply speculating about PR and optics:

Does Santa believe in Trump?
What a PR nightmare Tim Allen could turn out to be, for Disney.

While others called for Tim Allen’s immediate firing:

Not all were critical of the comedian and his joke, however. Some didn’t understand what the big deal was:

Still yet, others made sure to let Disney know this was why they canceled their subscription (or at least are glad they did):

Amid calls to cancel or replace Tim Allen, many seemed to have missed that the new series coming to Disney+ in November actually is about replacing him. A number of people Tweeted that he should be replaced:

The new series will see the retirement of the Tim Allen iteration of  Santa Claus as he recruits a replacement who will be played by nonenother than  Peyton Manning. We recently reported about Tim Allen’s biggest question about a franchise plot hole. You can check it out here.

For now, the Twitter battle rages on with no apparent end in sight.

2022-09-20
Jill Bivins
Previous: Bob Chapek Responds to Being Thought of As a “Guy Who Cuts Costs and Raises Prices”
Next: MagicBand+ Coming to Another Disney Resort in Just Weeks!