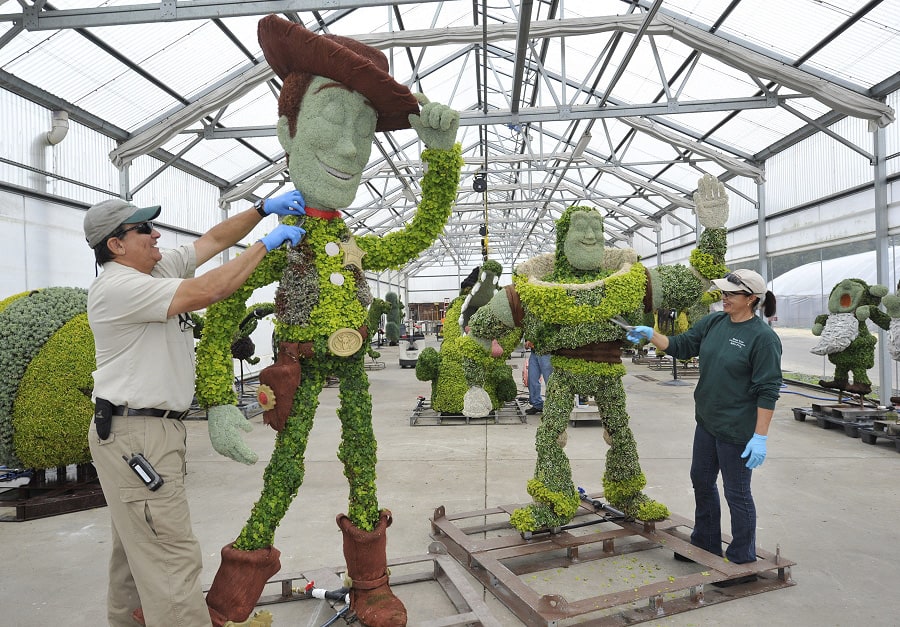 Every single day at Walt Disney World is special. There are times of the year when certain people might have an even better time than usual. Disney refers to these as “Special Events” and there are a lot of them. Some of the events listed below are grouped together. That’s the only fair way to make sure that they are all listed. There’s a good chance that you will find something that will make you want to return to Central Florida soon.

Started back in 1983, Night of Joy offers two nights of the best in Christian music. It’s held the first weekend of September at the ESPN Wide World of Sports Complex. An admission ticket is required. Some of the past acts include TobyMac, Natalie Grant, Mercy Me, Matt Maher, and Jeremy Camp. The event is so popular that Universal Studios holds a similar Christian concert series, Rock the Universe, the same weekend.

This popular event starts at the beginning of March and runs through mid-May each year. Epcot becomes even more beautiful than normal, with special displays throughout the park. You will find topiaries shaped like some of your favorite Disney characters everywhere. Seminars, featuring presenters from HGTV and DIY Networks are held. The Flower Power Concert Series brings stars from the 50’s, 60’s and 70’s to the stage. There are even interactive activities for the kids. Most events are included in your park admission, although seating is sometimes limited.

Many people do not realize that running and Walt Disney World go hand in hand. It is so important that the events have their own website, http://www.rundisney.com. The Disney Princess Half Marathon is an event that is for women and held in February. The Disney Wine & Dine Half Marathon is in November. The crown jewel of Run Disney is the Walt Disney World Marathon Weekend, held annually in January. Participants can run in a half marathon, a full marathon or they can tackle Goofy’s Race and a Half Challenge and sign up for both. There are also smaller running events held throughout the year. Registration information, including rates, is on the Run Disney website.

Once September rolls around the crowds in Central Florida die down a lot and the temperatures become a bit more manageable. With two fun but very different holidays approaching Disney decided to throw a couple of parties. The first is Mickey’s Not-So-Scary Halloween Party. It’s a sharp contrast to the Halloween offerings at nearby Universal Studios and Busch Gardens and that’s exactly what Disney wants.  Kids of all ages can dress up in costume. There’s trick or treating, a fun parade and a special fireworks display at the end of the night.

Once that is over Disney quickly shifts gears and throws Mickey’s Very Merry Christmas Party. There’s a Christmas parade which features Santa himself, hot cocoa, fake snow and a Christmas fireworks display. There are plenty of opportunities to meet your favorite characters, dressed in their Christmas outfits.

Started in 1995, the Epcot International Food & Wine Festival gets bigger and better every year. It begins in late September and runs through mid-November. Countries from around the world that are not normally represented in World Showcase sell specialties that you may not have tried before. There are cooking classes, seminars and even live music. The Eat to the Beat Concert Series features a diverse range of acts from yesteryear and the present. The concerts and some events are included in park admission, others cost extra and may require reservations.

No one does Christmas like Walt Disney World. The resort hotels are decorated unlike anything that you have ever seen, do not miss going to Disney’s Grand Floridian to take a look at the life sized gingerbread house. At Disney Springs you can see Santa Claus and a popular Christmas Tree Trail. The Magic Kingdom is decorated to the hilt, make sure you see Cinderella Castle at night.

Epcot goes all out for the holidays. Starting the day after Thanksgiving during the day you can visit Epcot International Festival of Holidays, featuring story telling and Christmas traditions from around the world. The Candlelight Processional is held with a mass choir, a 50 piece orchestra and a celebrity narrator retell the Christmas story at the American Gardens Theater. It’s not to be missed! All of the Epcot events are included with park admission. Seating is limited for the Candlelight Processional so to reserve spots for your whole group look into the Candlelight Dining Packages. That will guarantee your seat if you dine at select restaurants. The reservation needs to be specifically for the Candlelight Dining Package. 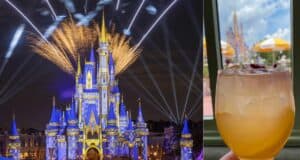 Where to Find Alcohol at Disney’s Magic Kingdom 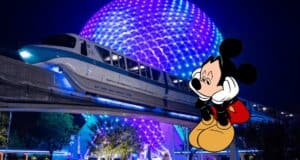 What We Hate About Our Last Day at Disney World 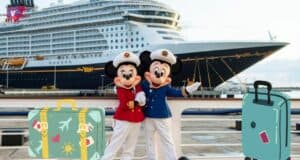