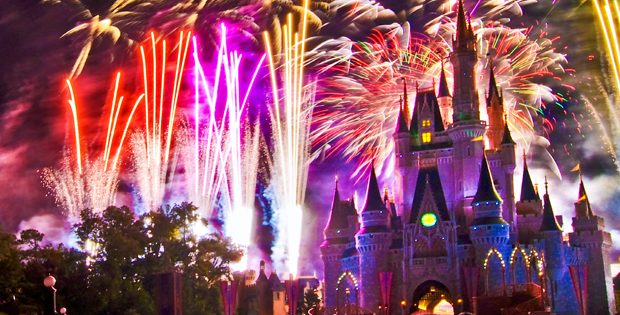 Spring is always a great time to visit Walt Disney World, and 2017 is no exception. While there can be crowds, the wall to wall guests of July have not yet arrived. The weather can also be a welcome change, especially for those who experienced Winter Storm Stella. Check the forecast before you leave home and pack accordingly, because Florida weather can be all over the place in the spring. Here are ten reasons why you should visit Walt Disney World right now, or at least before summer officially rolls in.

Star Wars fans have always loved droids, with R2-D2 and C-3PO being fan favorites. When The Force Awakens was released in 2015, a new droid stole the hearts of fans of the saga. BB-8 might look like a soccer ball, but has lots of personality. A new meet and greet will open on April 14 in Star Wars Launch Bay. Chewbacca and Kylo Ren will both continue to appear as well.

Speaking of Star Wars; the official fan convention Star Wars Celebration (which is billed as “The Ultimate Fan Experience”) is going to take place at the Orange County Convention Center April 13-16. What does this have to do with Walt Disney World? A special after hours event, Star Wars: Galactic Nights, will be held at Disney’s Hollywood Studios on Friday, April 14. This one-time party will feature extra character experiences, a scavenger hunt, a DJ dance party, a motorcade, a celebrity chat hosted by Vanessa Marshall, and more. The cost is $129 for adults, $124 for kids, and there is a Passholder discount. You do not need to attend Star Wars Celebration in order to purchase a ticket for Star Wars: Galactic Nights.

Two classic restaurants have reopened at Disney Springs. Both have new names. Planet Hollywood is now Planet Hollywood Observatory, and they have upped their game. Some menu items were created by celebrity chef Guy Fieri. Paddlefish is a new restaurant, it takes over the space that was previously held by Fulton’s Crab House. Although completely redone, some of the favorites from Fulton’s can be found on the menu. Either restaurant is worth a trip to Disney Springs.

Minnie’s Seasonal Dining is a fun character experience that is held nightly at Hollywood & Vine. With spring here, the theme has switched from the Silver Screen to Springtime. Minnie will be joined by Daisy, Donald, Goofy, and, of course, Mickey, and they’ll all be dressed in their favorite spring outfits. There is plenty of character interaction, and you’ll get some great pictures with five classics.

There was a collective gasp by Walt Disney World fans when it was announced that Cirque du Soleil La Nouba will be closing forever on December 31, 2017. No word has yet been released on what will take its place. Don’t chance that you will never see this incredible show again (or for the first time). Head to Walt Disney World and see it as soon as possible. Speaking of closures at Disney Springs, July 2 is the last day for DisneyQuest, so include a stop there on your trip as well.

An even bigger gasp was heard when Walt Disney World announced that Wishes Nighttime Spectacular will be ending soon. May 11 is the last scheduled show. A new fireworks extravaganza, Happily Ever After, is scheduled to open the following night. That gives you two reasons to head to the Magic Kingdom in the middle of May.

A new raft ride has opened at Typhoon Lagoon. Miss Adventure Falls is the longest ride at either water park, lasting about two minutes. You’ll climb in your raft and head up the conveyor belt, then back down as you wiz past artifacts that were left behind by Captain Mary Oceaneer. You might even see a talking parrot along the way. Miss Adventure Falls has no height restriction, so the whole family can ride.

The annual spring event is back at Epcot, and it is better than ever. There are now over 70 topiaries, a dozen outdoor kitchens, seminars, special merchandise, and more. The popular Garden Rocks Concert Series takes place three times most nights, and features artists such as The Little River Band, The Guess Who, and Herman’s Hermits. The Epcot International Flower & Garden Festival runs daily through May 29, and is included with the price of admission.

Rivers of Light was supposed to open in April, 2016, but that didn’t happen. A replacement nighttime show ran through the summer, and then there was little word. Rivers of Light is finally running, and it is worth the wait! The show is unlike any other at Walt Disney World. There is music, dancing, water screens, storytelling, and more. Rivers of Light can’t be described, you’ll just have to experience it for yourself.

1. Pandora — The World of Avatar

Who doesn’t get excited when a new land is set to open at Walt Disney World? Pandora — The World of Avatar is scheduled to open on May 27, and it is going to be spectacular. There will be two new rides, as well as restaurants and shops. The entire land is going to cause you to step into a new world. There have been previews of Pandora — The World of Avatar on a few television programs, and it looks like it is almost ready. Soft openings can’t be too far away. Make your plans to visit Walt Disney World soon, and maybe you’ll be lucky enough to experience it before Memorial Day Weekend.