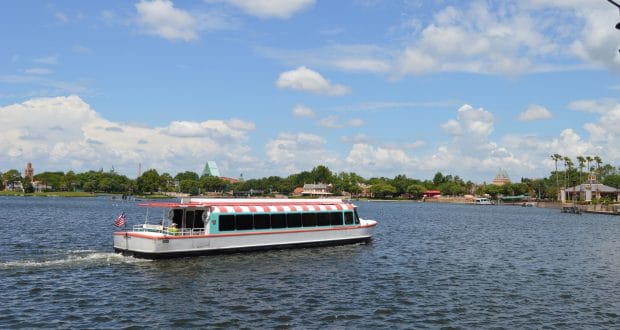 There are plenty of changes taking place in 2017 at Walt Disney World. There are new Magic Kingdom fireworks and a new Welcome Show. Pandora – The World of Avatar is meant to transport guests out of Disney’s Animal Kingdom to a totally different world. The changes at Disney’s Hollywood Studios point to the future of the park, which promises to be amazing. There are changes at Epcot for 2017 as well, they are just on a smaller scale. Get ready, though, because the rumor mill states that there will be some major changes in the future. Here are seven changes to Epcot for 2017. Some have already taken place, while others are down the road.

Most of World Showcase opens two hours after the rest of the park, which is usually at 11:00am. When Frozen Ever After opened in 2016, it was an instant hit. To cut down on the long lines, Disney decided to open the Norway Pavilion and the ride at the same time as the front of the park, to cut down on lines. This turned out to be a great idea, but there was no word on whether or not the early hours would last. The practice has continued, and it looks like it will for the foreseeable future. If you don’t have a FastPass+ for Frozen Ever After and it is a must do, you will want to arrive at rope drop and head immediately to Norway. Even though the ride has been open since June, 2016, the excitement hasn’t died down, and the line will grow long quickly.

Epcot is a great place to meet characters, including some of the princesses that are otherwise hard to find. It also is a good place to meet some characters from newer Disney movies. While characters from Big Hero 6 and Inside Out are currently part of the Epcot Character Spot meet and greet, that could change in the future, depending on the popularity of newer Disney movies. This is just conjecture, there is no official word that any characters are leaving in 2017, but there is always that possibility.

In 2017, the annual Epcot International Flower & Garden Festival takes place March 1-May 29. There have been some welcome changes for 2017. The Garden Rocks Concert Series expanded to four days a week instead of three. Two more outdoor kitchens were added. The number of topiaries is now just under 100. The play area for the kids was reimagined to feature the movie Cars 3. There are other additions as well. At 90 days, the 2017 Epcot International Flower & Garden Festival is the longest yet, and it’s safe to assume that it will continue to “grow and blossom” (pun intended) in the future.

At the beginning of 2017, Disney Parks Blog announced that a new option to grab a drink or a snack was going to open outside of the Mexico Pavilion. Called Choza Tequila, it is supposed to serve ” hand-crafted margaritas and classic Mexican cuisine like tacos, empanadas, chips and fresh guacamole”. Disney Parks Blog also stated that it is supposed to open “early 2017”. Disney Dining will let you know when more information becomes available. Don’t worry, tequila lovers, La Cava del Tequila isn’t going anywhere.

Live entertainment is a great addition at Epcot, you can see plenty of it all up and down World Showcase and also in a couple of spots in Future World. The acts do change from time to time. In early 2017, Wies N Buam debuted at the Germany Pavilion. The group is originally from Munich, and now they perform their original renditions of traditional Bavarian music at Epcot. Check your Times Guide to see when you can catch them.

The annual Epcot International Food & Wine Festival is one of the most popular special events that takes place at Walt Disney World. It is so popular that it has also been extended to 75 days. It is going to start on August 31 this year, and will run through November 13. For the Festival’s 35th anniversary, there will be 35 Global Marketplaces (food booths). The two new marketplaces for 2017 will be India and Spain. There will be new seminars and classes as well. Disney Dining will have more information on the 2017 Epcot International Food & Wine Festival as it becomes available.

The biggest change to take place at Epcot in 2017 was the addition of a brand new festival. Known as the Epcot International Festival of the Arts, it took place on Fridays through Mondays for six consecutive weeks in January and February. The new festival featured drawing classes, floral arrangements, photography demonstrations, and more. Guests could become part of famous works of art, and there was a giant paint by numbers display. The food at the kiosks were works of art themselves, they even made Pop Tarts look too pretty to eat. The highlight of the festival took place at the America Gardens Theatre, where Broadway stars belted out popular Disney songs. The first year of the Epcot International Festival of the Arts was a hit, and it’s been announced that it will return in January, 2018.