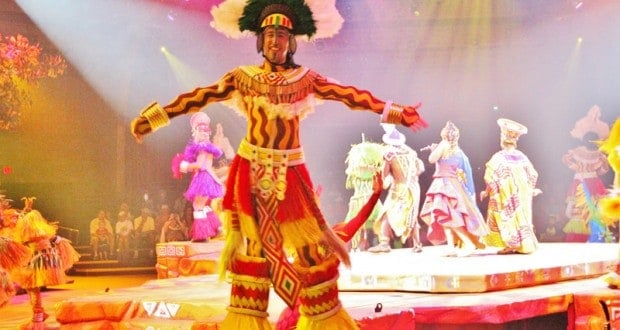 There once was a time when Animal Kingdom was a half-day park at best—the park many people skipped in an effort to shorten their trips. There was good reason for this, at least at the time. You see, the park truly didn’t have much to offer back then. That fact has since changed dramatically, and these days Animal Kingdom has become a place everyone should make time for. In fact, it is easily a full-day park now, and many people even claim that it’s their new favorite. Of course, as is the case with any Disney park, knowing a few things before you go is always a good idea. That’s why we’ve compiled a list of the 10 most commonly asked questions and answered them all for you right here. After reading this, you’ll be prepared to head into Animal Kingdom with confidence and have an absolutely amazing time.

It you’ve never been to Animal Kingdom, you may be wondering what it is. You likely have a zoo in your hometown after all, and if that’s all it is, it definitely isn’t worth your precious Disney time or money. Luckily, that isn’t the case. Yes, Animal Kingdom is a “zoo” in the sense that it has animals for guests to observe, but the similarities stop there. This park has everything from rides and character meet-and-greets to the super fun food stops you’d expect at any Disney park. Therefore, while the park does have some pretty awesome animal exhibits to check out, it is far more elaborate than any zoo out there. A funny thing about Animal Kingdom is the fact that the animals aren’t always easy to find. You could spend an entire day in the park and only see a small handful of animals if you weren’t seeking them out. This can be disappointing to those who were looking forward to the animal exhibits. To find the animals, you’ll want to walk on one of the trails. These are:

Other options include riding the Kilimanjaro Safaris or taking the train over to Rafiki’s Planet Watch.

One of the odd things about Animal Kingdom is that there are very few indoor areas. As you might imagine, this makes it very difficult to get out of the way of big storms or to cool off during those super hot Florida days. Fortunately, there are a few options of places to go indoors. Here are the best ones:

Believe it or not, all Disney parks allow guests to bring in their own food and nonalcoholic beverages. Additionally, things like cameras, phones, extra clothes, and other typical items are perfectly okay. There are however, a few things that are not allowed. No Disney park allows:

For the safety of the animals, Animal Kingdom also won’t allow:

5. “What attractions are best for young kids?”

There is much for young children to enjoy in Animal Kingdom. In particular, we recommend: Animal Kingdom is filled with all kinds of delicious foods—some exotic, and some a bit more comfortable for the picky eaters out there. One thing’s for sure: Nobody needs to go hungry while wandering through this wild park. Here are some of our favorite eateries for you to try!

7. “Which attractions should I get FastPasses for?”

If you’ve never been to Disney World before, or even if it’s just been a while, it can be hard to know which attractions to use your FastPasses on. On top of that, because Animal Kingdom has its attractions split into tiers, you really have to pick and choose. Here are the attractions that most often have long lines and therefore require a FastPass: Every Disney park offers shopping, and Animal Kingdom is no exception. That said, there is not quite as much shopping in this park as in some of the others, but what they do have is very good. The very best place to shop in all of Animal Kingdom is Island Merchandise, which offers a variety of items as well as some heavenly air conditioning and plenty of space to move around. Other top contenders include…

All are relatively unique, making them fun to browse, if nothing else.

9. “Which resorts are closest?”

If Animal Kingdom is what you’re most excited about at WDW, staying nearby is a must. After all, Disney World is very big, and riding a bus all the way across property to get to this park would get old if you planned to visit multiple times. There aren’t many resorts in the Animal Kingdom area, but there are a few, and with something in every price range, there should be one for you: 10. “Is there nighttime entertainment?”

Not all that long ago, Animal Kingdom was known for closing early compared to its sibling parks. The gates were shut by dinnertime, and after-dark entertainment was nonexistent in the park. Times have changed though, and now Animal Kingdom truly comes alive when the sun goes down. Wondering what you need to do at night in this amazing park? Try these things: