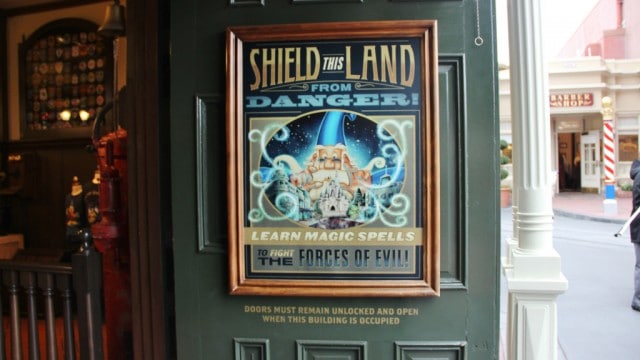 3. There are games that you can play in the Parks that provide you with many free things to enjoy in that park and to take home with you. Animal Kingdom has the Wilderness Explorer’s club that takes you through learning experiences in Animal Kingdom, earning badges as you go that are added to your WE Handbook. In Magic Kingdom there are two games, the first, Sorcerer’s of the Magic Kingdom, provides you with a map, a key card, and a new set of cards each day you enter the Magic Kingdom where you play an interactive game trying to defeat Disney Villains by using your spell cards. The second game in Magic Kingdom is A Pirate’s Adventure-Treasure of the Seven Seas, found near Pirates of the Caribbean; where guests can enlist to play, receive their instructions, and a pirate map. Once they complete the tasks on the first pirate map they may return to enlistment headquarters and get another of the set of five maps in total and complete as many as they like. The maps are yours to keep and they are pretty cool! There is a game in Epcot, Perry’s Adventure, which is a really fun interactive game played with Phineas and Ferb and Agent P trying to foil the plans of Dr. Doofenshmirtz, and you will have great memories to take away from that experience. Epcot has Kidcot stations where kids of all ages can choose a fan that looks like Agent P or Duffy the Bear to color. They take their fans to each country in World Showcase and have the Cast Members there write their names in their language and get to speak with those CM’s about their home countries.