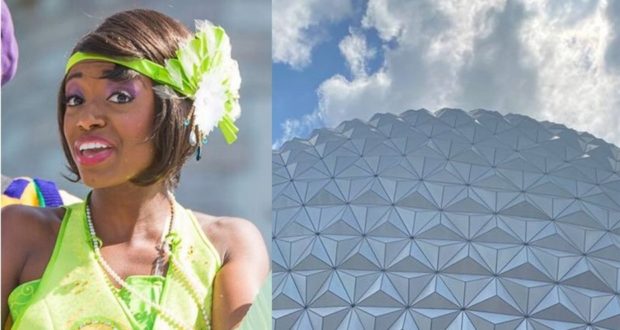 How are we doing Disney fans? This week has been a busy news week for all those Disney lovers out there. There has been a lot to take in including the new mask policy update and the introduction of the Disney Genie and paid “Lightning Lane” replacing the former complimentary FastPass program at Walt Disney World and MaxPass program at Disneyland. Well, the news just keeps coming as today Disney shifts their focus to talk about all things Princceses!

Next week, beginning Monday, August 23, Disney is kicking off the first-ever “World Princess Week” which means we’re going to be hearing about new Disney Princess products, digital content, unique offerings at parks and resorts, and more. One of the most exciting announcements for all those little Princesses in your life is that a new Princess Tiana-themed playground is coming to EPCOT.

As shared by Disney: “Starting Aug. 23, there will be a new Tiana-themed playground available during the EPCOT International Food and Wine Festival! This playground is an awesome offering Guests can enjoy during Walt Disney World Resort’s 50th-anniversary celebration, “The World’s Most Magical Celebration.”

While we don’t know much just yet as to what the Tiana-themed playground will include, we know our kids will be excited! “The World’s Most Magical Celebration” is an 18-month long party. From Disney’s announcement, it sounds like the Tiana-themed playground will remain open for the full duration of the 50th Anniversary celebrations. We did suspect to see some progress on the Splash Mountain retheming to The Princess and the Frog by the 50th Anniversary, but Disney has said the project will take time. In the meantime, Tiana is getting her own themed playground.

And yes, even though playgrounds are high-touch areas and COVID cases are on the rise in Central Florida, Disney recently reopened The Boneyard at Disney’s Animal Kingdom, along with the Dumbo playground inside the circus ten Dumbo attraction queue in Magic Kingdom. Now, the Tiana playground at EPCOT is joining the list!