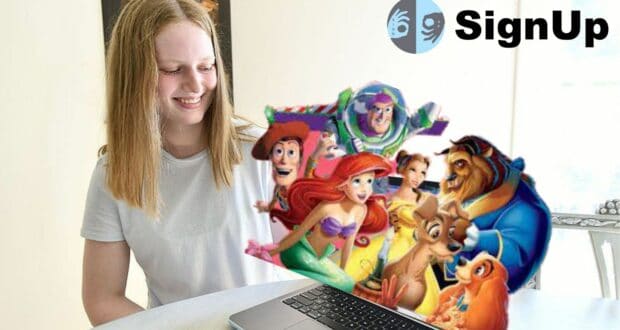 Kids can do amazing things, and when it’s kids helping kids, well, that just restores our faith in humanity!

While some teenagers are accessing social media platforms like Instagram to feed their innate need for gossip, drama or make-up hacks, this teenager has taken to Instagram to share information with others about an app she has created that bridges the gap between deaf children and their favorite Disney movies.

RELATED: Top 10 Disney films that Cheer me up on a Bad Day 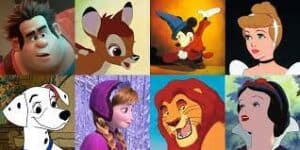 Seventeen-year-old Mariella Satow has created an app specifically designed to help children who are deaf enjoy their favorite Disney movies. The idea for the app came to her when she first decided to teach herself American Sign Language, or ASL. She wanted to use television shows to help her learn ASL, but she was met with obstacles, as so few of them are offered with an inset picture of someone signing the words. 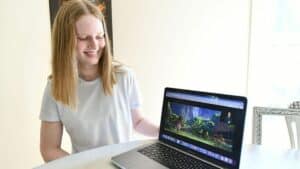 RELATED: Best Disney songs to cheer you up when you’re feeling low

Closed captioning is readily available on most network television stations and on streaming platforms, but that does nothing to help children who are too young to read, or those who cannot yet read fast enough to keep up with what’s taking place in the show they are watching.

So Mariella decided to do something about it.

Mariella spent a year developing the technology for an app that would offer that inset video of someone signing the words that are being spoken or sung in a film, and she has received a lot of help from the deaf community and from ASL teachers.

The app, creatively named “SignUp,” currently works for movies on the Disney+ streaming platform and is available as a Google Chrome extension. With the extension, an ASL interpreter appears in an inset box on the screen when the movie is streamed. She chose Disney+ because she felt like she could reach the most children through that platform.

And, best of all, the app is free. 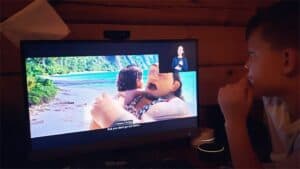 RELATED: Here’s everything coming to Disney+ in November so you can stay in, bundle up and binge!

Mariella says that she and her sister loved movies when they were small children. “I couldn’t imagine that not being a part of our childhood,” she said in an interview.

As of now, movies like Frozen, Moana, The Incredibles and others have been signed so that deaf children can stream them and use the SignUp app to access them on Disney+ in a way that is meaningful to them. More are on the way, as Mariella has had requests to do hundreds more films in the coming months. 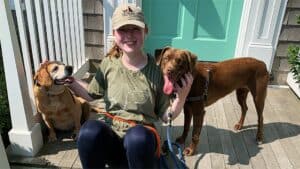 “I can’t believe how big it’s become,” Mariella said. “I had no idea what I was launching into the universe.”

You can learn more about Mariella’s app, “SignUp,” at her website: www.SignUpCaptions.com.