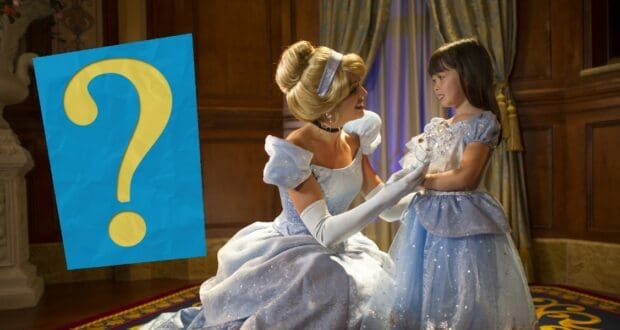 Things You Can Say at Disney That Sound Awkward Back Home

Ok, Disney fans. Hopefully, I’m not alone on this one! Have you ever gone home after a magical Disney vacation and carried that Disney lingo with you? Several Disney phrases sound perfectly normal at Walt Disney World Resort or Disneyland Resort but would likely make a stranger look twice back home. Here are a few examples…

I Love Your Ears

Have you ever spotted some adorable Mickey ears and just had to tell a Disney Guest while at a Park or Resort? “I love your ears” may be acceptable to tell a stranger at Disney, but back home, it would be an odd compliment indeed.

Please Fill In All Available Space

On most Disney rides, Cast Members will advise Guests to “please fill in all available space.” If we asked strangers this in an elevator or bus at work, for example, we’d likely get strange looks.

While Disney Cast Members are now trained to say the gender-neutral “Hello Friend” instead of the old ways of “Hello Princess” or “Hello Prince,” we still can’t help but say “Hello Princess” when we see a child dressed up in a princess gown in the Park. We’ve even asked “unofficial” princesses for autographs!

But if we were to start saying “Hello Princess” to random children in the grocery store (and ask for an autograph), well, we’d likely have some unsure glances from parents.

One of the best experiences about a Disney vacation is staying at a Disney Resort. As Disney Vacation Club Members, we love when Cast Members greet Guests at the Resort with “Welcome Home!”

We seriously doubt, however, that a package delivery guy or pizza person would expect to be greeted with a “Welcome Home” when we open the door.

A visit to Disney’s Animal Kingdom isn’t complete without a ride on Avatar Flight of Passage in Pandora. Only Avatar fans know “Sivako” means “rise to the challenge.”

Please Stand Clear of the Doors

The iconic Monorail statement “please stand clear of the doors” is worn on t-shirts and quoted while at Disney… but it may get some interesting attention if shouting it on the subway system or in the office back home.

EPCOT’s iconic Spaceship Earth has many memorable lines, but thanking the Phoenicians for the alphabet is one that tends to stand out.

Next time you turn in a paper or project at school or work and get praise for a well-written piece… it would be awkward to respond with “you can thank the Phoenicians.”

Chances are, if you’ve ever spent time in Disney’s Wilderness Lodge Resort lobby, you’ve heard shouts of “We Need Ketchup!” The Resort’s Whispering Canyon Cafe restaurant is popular for its antics.

Need ketchup? Yell for it loudly at Whispering Canyon, and another table will bring you all the bottles in the restaurant. Try this at a local restaurant back home, and you may get kicked out!

I Ate the Kitchen Sink

Ketchup may be special at Whispering Canyon, but the Kitchen Sink is the star at Beaches & Cream Soda Shop at Disney’s Beach Club Resort. A mound of several ice cream flavors and toppings is served in what looks like a kitchen sink.

Ordering and finishing the Kitchen Sink is a big enough accomplishment to brag to other Disney Guests. But bragging that you ate the Kitchen Sink back home would leave people scratching their heads.

While standing in the grocery store line, try to joke with someone, “Where’s the Lightning Lane?” Their confused look will quickly remind you that you’re not at Disney.

The well-known Pirates of the Caribbean phrase “Dead Men Tell No Tales” may be perfectly normal to hear at the Magic Kingdom or Disneyland Park… but saying it back home will only lead people to suspicion.

Can I See Your Pins?

It’s perfectly normal for Disney Guests to be eager to see each other’s pins and invite each other to trade. Seeing a random pin on someone back home and asking to take a look at it or trade it would be a little weird.

Yes, Foolish Mortals is completely acceptable while at Disney as a nostalgic phrase from the Haunted Manson attraction.

We don’t, however, recommend getting frustrated at work or school and calling strangers or colleagues Foolish Mortals when they mess up. (But it’s perfectly acceptable to think it in your head.)

Do You Prefer Mexico or Canada First?

Traveling around EPCOT’s World Showcase is a memorable experience as Guests travel the 11 counties/pavilions. The big Disney debate is whether to start in Mexico or Canada first.

While a stranger in EPCOT would understand you asking if they prefer Mexico or Canada first, it would be an unusual question to ask a random person back home.

Have a Magical Day!

The four best words said at Disney are “Have a Magical Day!” With Cast Members saying this regularly, it’s easy to want to carry this sweet sentiment back home with you.

Saying “Have a Magical Day” to a random person in your hometown may be awkward, but you know what… we recommend saying it anyway!

There you have it – a few phrases that are totally normal at Disney but a little weird back home. Too bad the Disney bubble can’t travel with us everywhere. Alas, have a magical day, Disney fans!