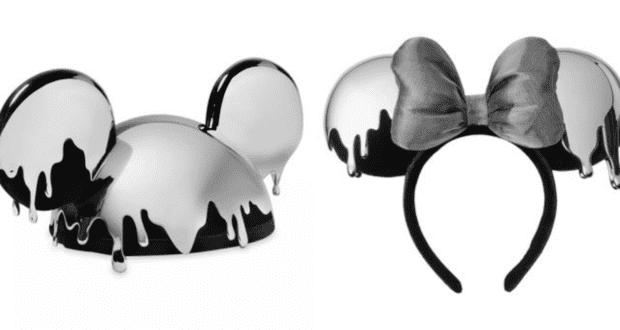 If there is one thing you can count on during a special Disney event, it’s exclusive merch! D23 certainly saw its share of limited edition keepsakes (many you can snag on shopDisney,  even if you weren’t able to make it to the Expo). That is already true of Disney100, the 100th-anniversary celebration of the Walt Disney Company. Special merchandise has already been released for the celebration, including one already infamous set of ears.

The ears are supposed to look like they have been dipped in platinum. This was a curious choice as a 100th anniversary is supposed to be diamond, not platinum (traditionally, 70 years is platinum). However, many fans felt like they looked Iike…something else. Memes were made—memes I cannot share with you here.

Then Disney released a product description for the ears that used the phrase, “Minnie is dripping with excitement,” and the poor word choice definitely did not go unnoticed by fans. Jokes began to fly. One fan even took to Twitter to ask if Disney was trolling the adult fans:

It seems that the innuendo was unintentional. It is being reported that the ears, which were previously available on shopDisney, are now no longer on the site. We checked for ourselves and could not find them. Bleeding Cool is reporting that the product description has now been changed. It no longer reads that Minnie is dripping with excitement and instead simply reads:

“Celebrate the centenary of The Walt Disney Company with this Minnie Mouse ear headband. Part of the Disney 100 Platinum Celebration, this limited release commemorative ear headband has been designed by Disney artists for a special reflective platinum-dipped effect and includes a coordinating padded bow, all presented in a special keepsake box”

What did you think of these ears? Do you like them, or did they seem…a bit off to you? Let us know in the comments.