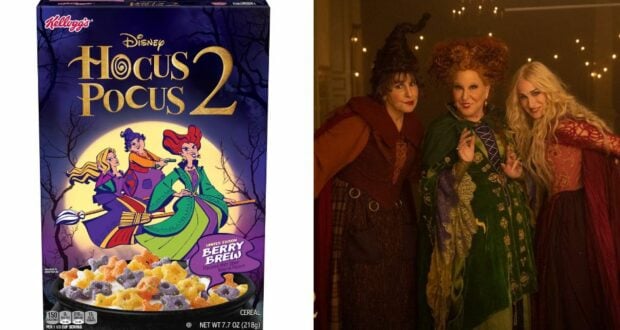 Yes, you read that right! Kellogg’s has announced that they will be releasing a Sanderson sister-themed cereal to go along with the premiere of Disney’s newest film, Hocus Pocus 2. Hocus Pocus 2 will not premiere on Disney+ until September 30, but Kellogg’s has said that its newest Limited Edition Berry Brew will be on shelves sometime this month! The cereal box features Winifred on her broom, Mary on her signature vacuum cleaner, and Sarah Sanderson on her mop. The cereal is called “Berry Brew” and is shaped like stars in the color of each woman’s hair — red, purple, and blonde. “Oh, look, another glorious morning to enjoy Kellogg’s latest collaboration — this time bringing a spooky twist to breakfast ahead of the highly anticipated sequel Hocus Pocus 2 streaming only on Disney+ on September 30th (rated PG. Disney+ subscription required. 18+ to subscribe). Hop on your broomsticks and grab your spoons because this fall, fans can celebrate the Sanderson Sisters at breakfast with NEW Kellogg’s Disney Hocus Pocus 2 cereal. 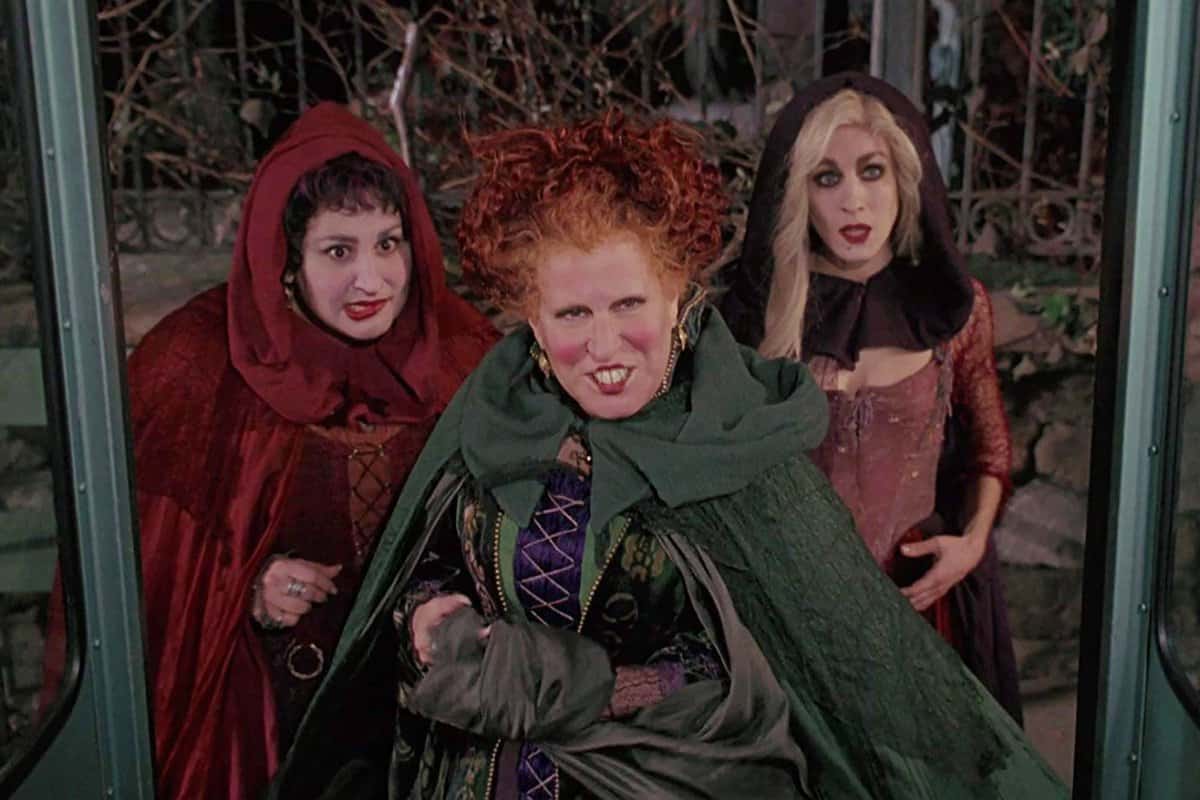 Hocus Pocus 2 will see Bette Midler, Kathy Najimy, and Sarah Jessica Parker return to their roles as Winifred, Mary, and Sarah Sanderson. Doug Jones will also reprise his role as Billy Butcherson. The sequel will also star Whitney Peak as Becca, Lilia Buckingham as Cassie, and Belissa Escobedo as Izzy — the three teenage girls who bring the Sanderson sisters back from the grave. Tony Hale will play the role of Mayor Traske and Sam Richardson will play Gilbert. 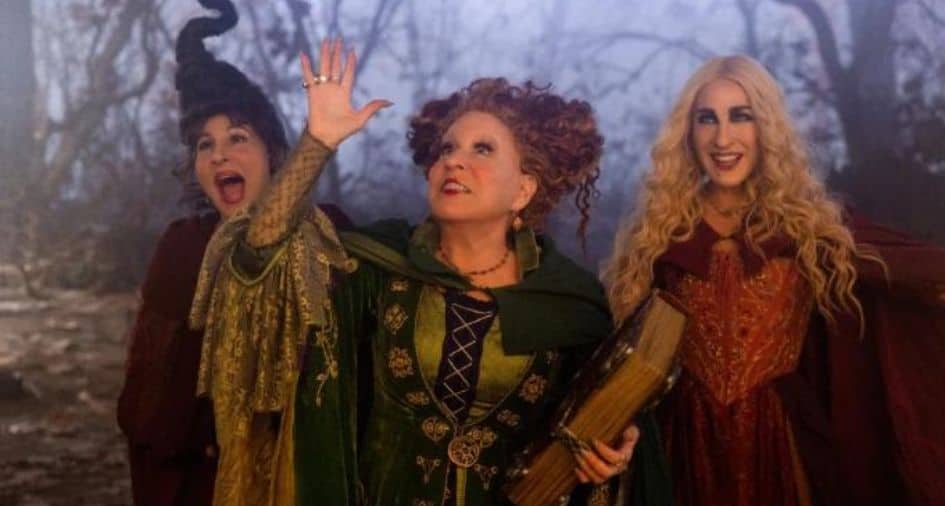 Here is more information on the new film coming to Disney+:

It’s been 29 years since someone lit the Black Flame Candle and resurrected the 17th-century Sanderson sisters, and they are looking for revenge. Now it is up to three high-school students to stop the ravenous witches from wreaking a new kind of havoc on Salem before dawn on All Hallow’s Eve.

2022-08-04
Krysten Swensen
Previous: The Cat’s Out Of the Bag, But Bernard’s Return to ‘The Santa Clause’ Was Supposed to Be a Secret
Next: Disney-owned 5,000-acre Wyoming ranch on the market for $71 million