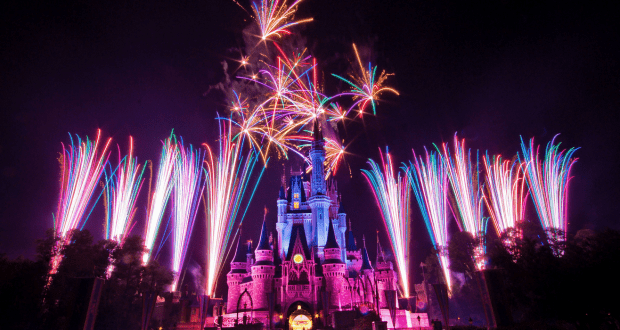 The Top 3 Most Crowded Events at Walt Disney World

Special events at Walt Disney World will always bring crowds. Some of the events draw larger crowds than others. While you can typically expect to find more people at the beginning of either Epcot Festival, the overflow is well handled. The special ticketed events at the Magic Kingdom don’t get too crowded because a limited number of tickets are sold. The park or parks mentioned here will be packed for the event. If you want to attend, plan accordingly. These events are all included with park admission.

Walt Disney was a patriotic man, and that is shown in the parks. They will be packed on the 4th of July. There are special fireworks displays in all the parks except for Disney’s Animal Kingdom. There are usually special dance parties and extra entertainment as well. The parks will have extended hours, and many guests will stay for the entire day. The Magic Kingdom will often reach capacity on the 4th of July, so plan to arrive early so you won’t be turned away.

In 2010 Walt Disney World stayed open for 24 hours on February 29 to celebrate Leap Day. The annual all-nighters have continued, but they have moved to the Friday before Memorial Day. The name of the event may change, but the basic details are the same. The Magic Kingdom will open at 6:00am, and it will remain open until 6:00 the next morning. Plenty of guests stay the entire time, others will drop by for part of the event. It is now considered by Disney to be the official kickoff for summer. Costumes are allowed, and there are surprises and special merchandise. If you think that there won’t be lines at 3:00am, think again. The event has grown each year, and the Magic Kingdom will be insanely busy all 24 hours.

What better place to ring in the New Year than Walt Disney World? The last day of the year is so popular that more than one park very well might reach capacity. If this is how you want to end one year and bring in the next, arrive early and stay put. If you try to park hop you might end up not being able to get back in. There are no “ring in the New Year” activities at Disney’s Animal Kingdom, but the other three parks do it up big. There are dance parties, special food items, and other activities. There are also fireworks at midnight in all three parks. The resorts might hold special activities to celebrate as well.