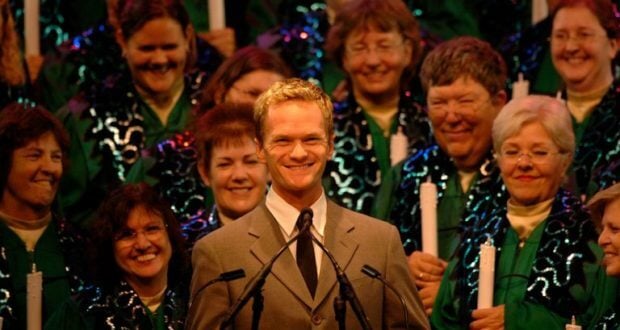 We’re thrilled that all things MERRY are on their way to Walt Disney World! Disney has announced exciting holiday experiences are on their way for the winter seasons. While much of the focus is on Magic Kingdom’s new holiday party, Disney Very Merriest After Hours, we can’t help but be thrilled to know EPCOT will once again welcome the Candlelight Processional for the holiday season. With last year’s Candlelight Processional being on hold due to the COVID pandemic, we’re ready to hear the mass choir perform as the celebrity narrator takes the stage to share the story of Christmas. While Disney has announced some celebrity narrators we can expect this holiday season… we’re still holding out hope for one narrator we REALLY hope joins the Candlelight Processional this year!

Each night in the America Gardens Theatre during the EPCOT International Festival of the Holidays (November 26 – December 30), a celebrity narrator tells the story of Christmas, recounting the biblical tale of a savior born in Bethlehem. Woven into the production are stirring songs of hope and joy performed by the orchestra and massed choir. When Disney announced the Candlelight Processional Narrators, they noted, “…with more names being added over the next few weeks.” So far, this year’s celebrity line-up will include:

The list has many repeats from 2019, with the exception of new celebrities Jodi Benson (voice of Princess Ariel), Alton Fitzgerald White (plays Mufasa in Disney’s The Lion King on Broadway), and Blair Underwood (Grammy Award-winning actor). You’ll notice most narrators are listed for three days each. Currently, there are five narrator slots Disney has yet to announce a narrator for, including November 26-28, December 8-10, December 14-16, December 17-19, December 20-22. Did you notice who’s missing?