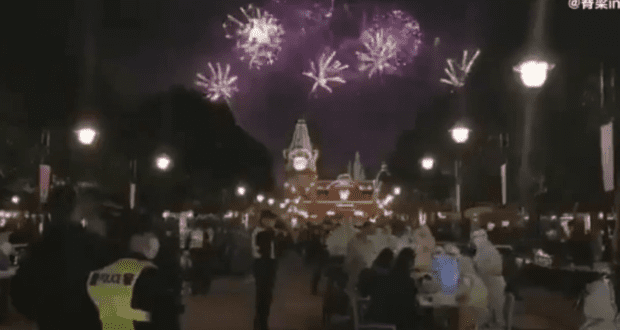 When visiting a Disney Park, it is not uncommon to see characters out and about, ready to take an adorable selfie with Guests from a safe distance. Maybe you’re at Walt Disney World and see Stitch hanging out in Tomorrowland. Or maybe you were able to get a coveted reservation at Be Our Guest and the Beast makes an appearance — character interactions are fun and make for great memories. 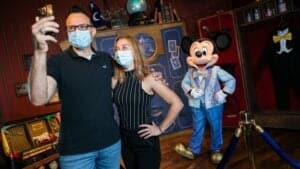 One thing you don’t expect to see is dozens of health agents in hazmat suits, but that is exactly what happened at one Disney Park.

On Halloween, Guests visiting Shanghai Disneyland, as well as the Downtown Disney District of the Resort, were shocked when they were informed that health officials would be coming in and that no one would be able to leave until they were all given a COVID test. According to a local official, a woman who had visited the theme park that Saturday — the day before Halloween — and had since tested positive for COVID. 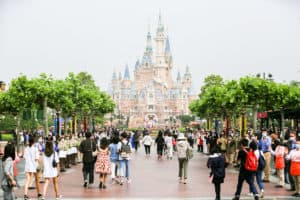 There were over 30,000 people in the Park when it went on lockdown and images have since gone viral of people standing in massive lines, waiting to be tested, as fireworks exploded over Enchanted Storybook Castle. A video was shared on Twitter via China Daily — an English-language news source run by the government.

Nucleic acid tests under the fireworks! Over 33,000 people tested negative for #COVID_19 at the Shanghai Disney Resort within a night. The Park is temporarily closed to cooperate with an epidemic probe linked to other provinces on Sunday.

Nucleic acid tests under the fireworks! Over 33,000 people tested negative for #COVID_19 at the Shanghai Disney Resort within a night. The Park is temporarily closed to cooperate with an epidemic probe linked to other provinces on Sunday. pic.twitter.com/f2gXi4vofS

The Chinese government has been incredibly strict on their COVID protocols as they attempt to eradicate the virus from the country and even have quarantine facilities that it will send people to, but Guests visiting Shanghai Disneyland were allowed to return to their homes after being tested. However, the Resort announced that it will remain closed on Monday and Tuesday, releasing the following statement on their website:

In order to follow the requirement of pandemic prevention and control, Shanghai Disneyland and Disneytown will be closed on Monday and Tuesday, November 1-2, 2021. We will notify guests as soon as we have a confirmed date to resume operations.
We apologize for the inconvenience and will provide refund or exchange for all guests impacted during this period.
Thank you for your understanding and cooperation! 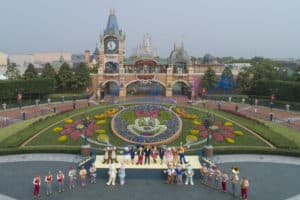 According to CNN Business, over 33,000 people had been tested as of Monday, November 1 and thankfully, all tests came back negative. However, Shanghai Disneyland estimates that over 100,000 people visited over Halloween weekend.