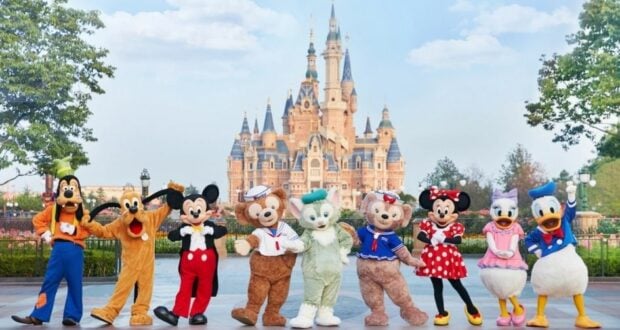 Another Disney Park Is Closing Due to COVID

Two years ago, the world was forced to shut down as we battled the COVID-19 pandemic. Disney theme parks across the globe were forced to shut down for months. In the time since, we have seen surges and drops, and now have a vaccine that is widely available. Many countries are now seeing steady declines in COVID positivity rates and hospitalizations as vaccination rates also go up. Unfortunately, one country is seeing a massive spike in cases — China. The government is reporting case numbers not seen since the virus was first reported in Wuhan. 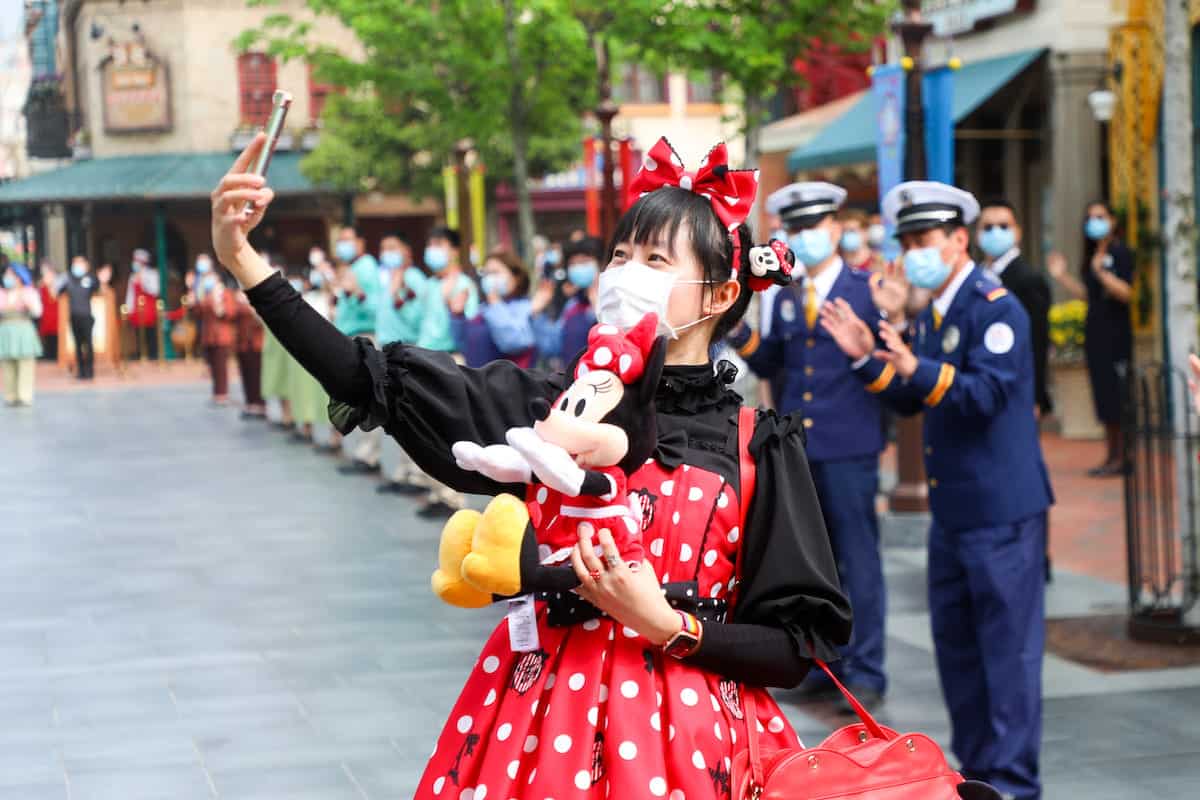 Due to the current pandemic situation, Shanghai Disney Resort, including Shaghai Disneyland, Disneytown and Wishing Star Park will be temporarily closed from Monday, March 21, 2022. We will continue to monitor the pandemic situation and consult local authorities, and will notify Guests as soon as we have a confirmed date to resume operations.

We apologize for the inconvenience and will provide refund or exchange for all Guests impacted during this period.

Thank you for your understanding and cooperation! We look forward to seeing you soon! 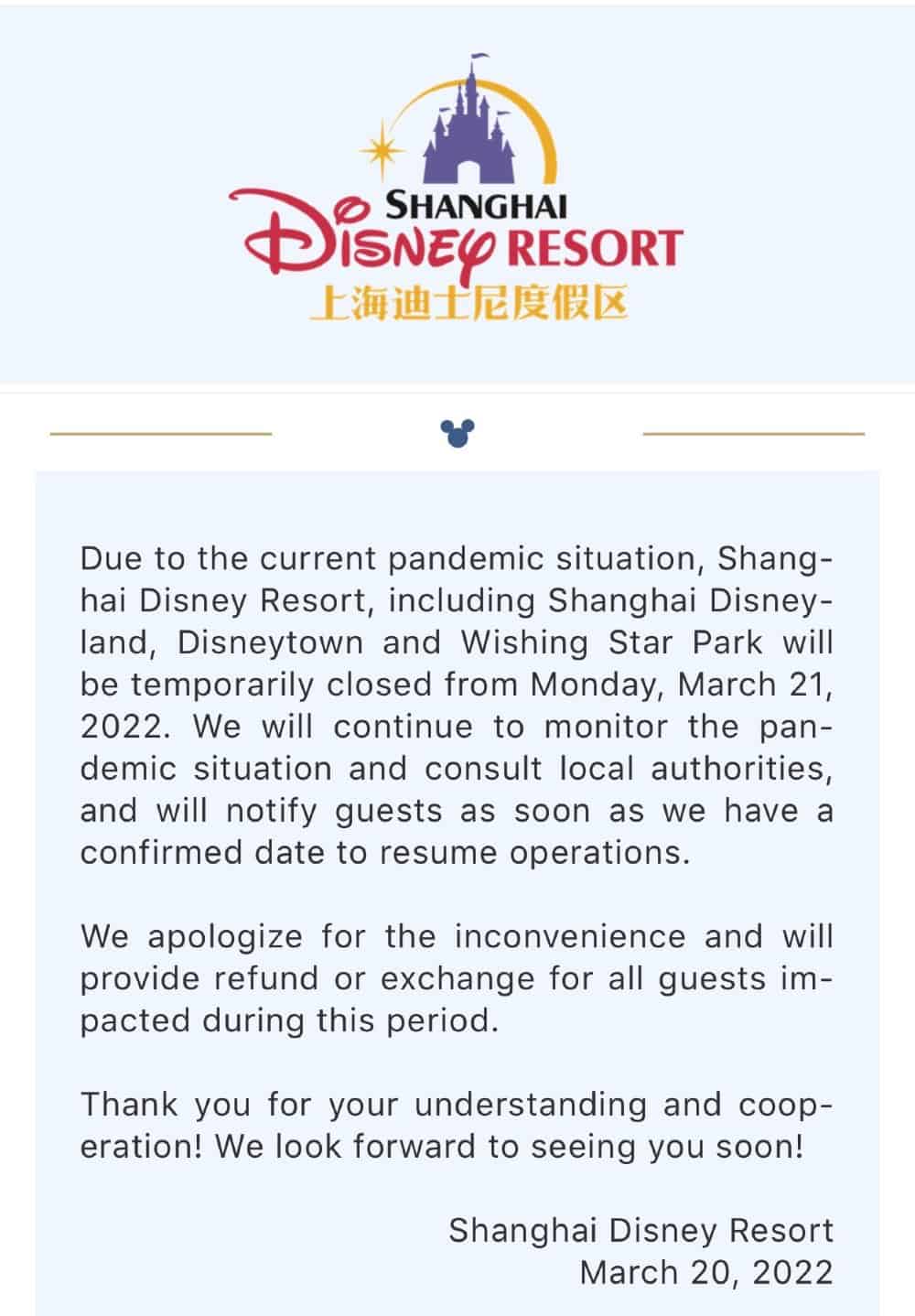 This is only the second time during the pandemic that Shanghai Disneyland has been forced to shut down. Back when the pandemic first broke out, the Resort was closed from January 2020 until May 2020. It has been open since then, as China worked diligently to get the virus under control. Shanghai Disney’s closure follows the closure of Disney’s other Park in Hong Kong. Hong Kong Disneyland has been closed since January and keeps pushing back its reopening date. 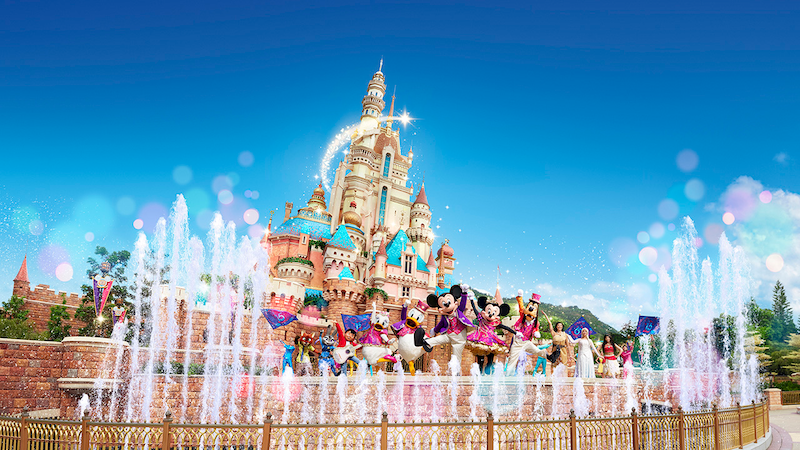 According to reports, Shanghai has closed all of its schools and put mandatory testing in place for its residents. The outbreak has seen the city seal off residential compounds for at least 48 hours. On Saturday, March 19, mainland China reported nearly 2,000 cases. It also reported the country’s first death from COVID in more than a year.

2022-03-20
Krysten Swensen
Previous: Sick of songs from Disney’s “Encanto?” Busting out in “Bruno” lyrics all day long? Lin-Manuel Miranda has a pill for that
Next: Unbelievable! Guest Jumps Out of Moving Big Thunder Mountain Train Car to Retrieve Cell Phone