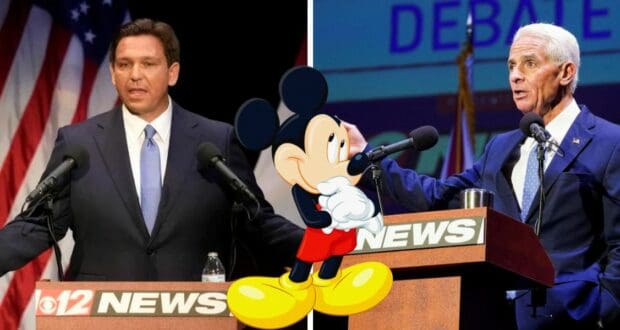 Ron DeSantis Called Out For Fight With Disney During Gubernatorial Debate

We are just a couple of weeks away from the national midterm elections and the candidates are deep in the middle of debates and campaign rallies — and that includes Florida Governor Ron DeSantis. Many media outlets expect DeSantis to win, but that does not mean that his opponent — former Governor Charlie Crist — isn’t putting up a fight. Crist was a Republican when he was the Governor from 2007 through 2011, but is now running against DeSantis as a Democrat, having switched parties in 2012. 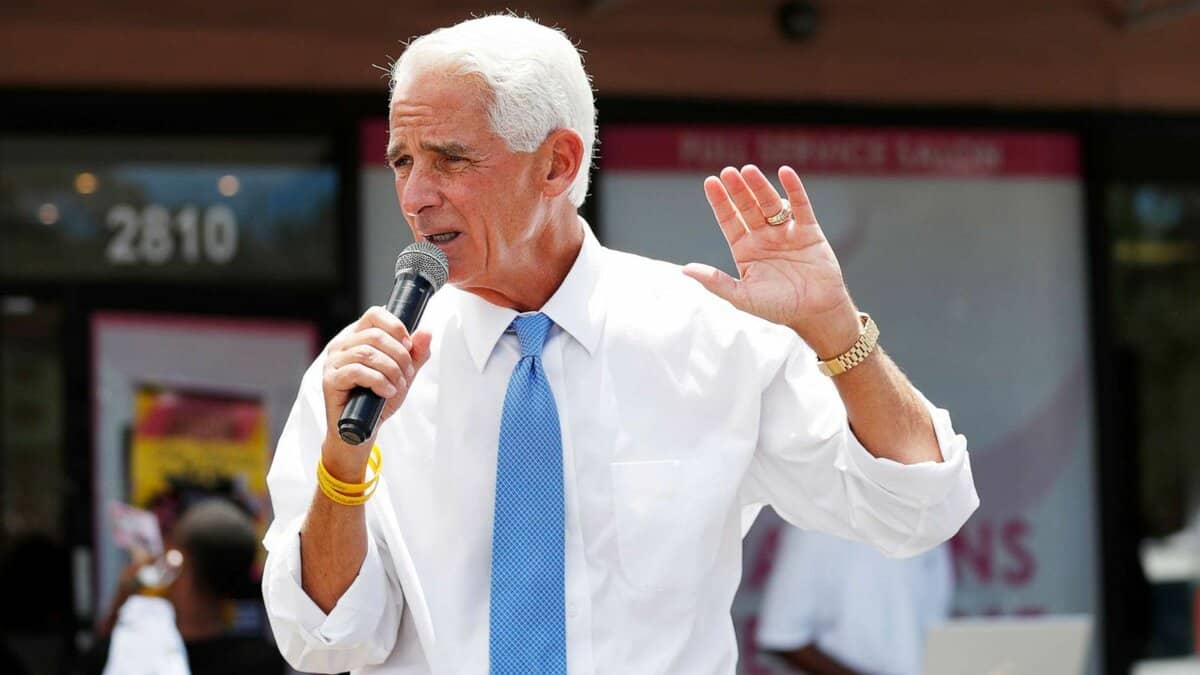 There is not much that DeSantis and Crist agree on, including the fight that DeSantis got into with Disney earlier this year. In fact, at a recent debate, Crist called out DeSantis for claiming to be “pro-business”, but then punishing Walt Disney World and The Walt Disney Company when it spoke out against DeSantis.

Crist shared a clip of the debate moment on Twitter, calling DeSantis “anti-business”.

I’m not the governor who attacked Walt Disney World and our hospitality industry. Ron DeSantis is the most anti-business Governor I’ve ever seen. #FLGovDebate

I'm not the governor who attacked Walt Disney World and our hospitality industry. Ron DeSantis is the most anti-business Governor I've ever seen. #FLGovDebate pic.twitter.com/zCiMBx5cBH

This is not the first time that DeSantis has been called out for his fight with The House of Mouse. The trouble began when Disney spoke out against the passing of Florida’s controversial Parental Rights in Education bill — also called the “Don’t Say Gay” bill. Walt Disney CEO Bob Chapek said that Disney stood with its LGBTQ+ Cast Members and would work to see the bill overturned.

Not long after, DeSantis and his fellow Florida Republicans fought back against Disney, dissolving the Reedy Creek Improvement Act, which essentially let Disney operate as its own government. Should Reedy Creek be dissolved, Disney would have to go through the state for all projects it wants to do, beginning in July 2023.

Things got pretty heated between Disney and DeSantis, but things seemed to have calmed down in the past few months, but that could be because Disney does not think Reedy Creek will actually be dissolved. There is a lot of legal maneuvering that needs to take place before that can happen, and experts have said that DeSantis may not be able to pull it off. Other experts have said that DeSantis does not care if Reedy Creek is dissolved because he is already able to use the passing of the dissolution in his favor with his constituents.

A recent poll showed Ron DeSantis leading Charlie Crist by about 11 percentage points, but that was before their most recent debate, in which many felt Crist came out on top.