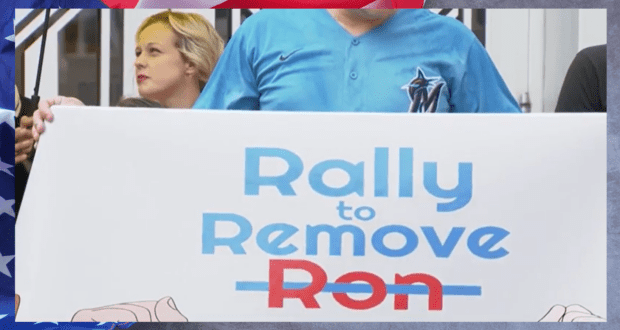 A protest was held at Orlando City Hall at noon on Wednesday as some Florida residents and government officials called for the removal of Governor Ron DeSantis in the upcoming fall election.

Jack Petocz, a student activist, has been promoting the “Rally to Remove Ron” on his Twitter page for a while now. He believes in taking a stand against Gov Ron DeSantis as he refers to the Florida governor’s time in office as a “reign of terror.” 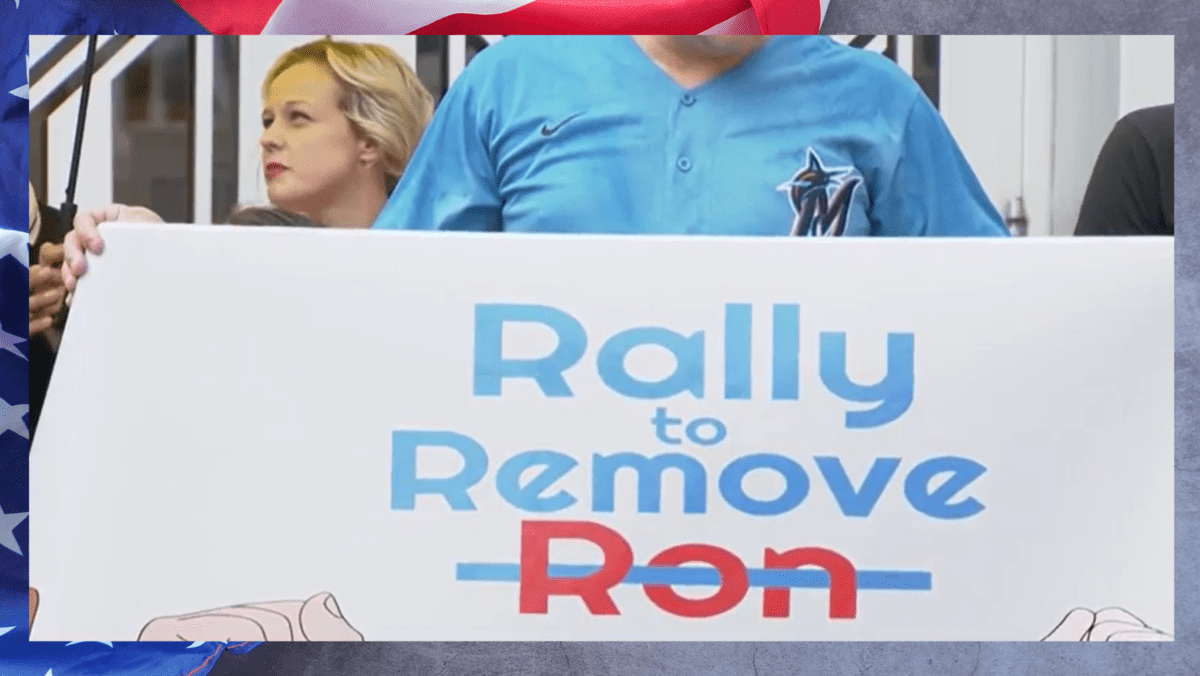 In a video he posted online, Petocz urges Floridians to join him in the protest and sites reasons he believes Governor Ron DeSantis should be removed from office. He mentions the signing of the “discriminatory ‘Don’t Say Gay’ law” after the Florida legislature passed the bill, “advocating for dangerous gun policy, limiting critical reproductive health care, disenfranchising people of color, and refusing to institute common-sense COVID-19 measures” as some of the reasons he believes DeSantis is the wrong governor for the Sunshine State. 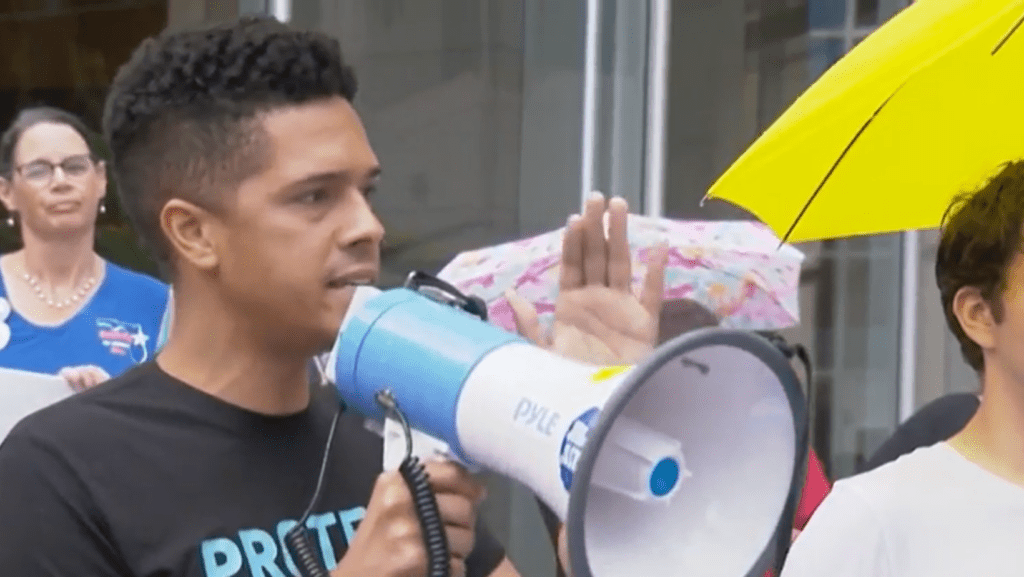 The rally drew protesters from the area, as well as DeSantis’s Democratic challengers–Congressman Charlie Crist and Agriculture Commissioner Nikki Fried.

The rally was not a violent protest, and there were no angry crowds, as those who attended were peaceful protesters, exercising their First Amendment rights to free speech.

Both Crist and Fried spoke about Governor DeSantis‘s Republican “culture war” as they talked to the group gathered in front of Orlando City Hall, and both awarded DeSantis the label of “racist” along with other labels.

Florida Department of Agriculture and Consumer Services Commission Nikki Fried echoed some of the congressman’s sentiments, saying “Today is the day that we tell Ron DeSantis that his policies, that his racism, his antisemitism, is done!” 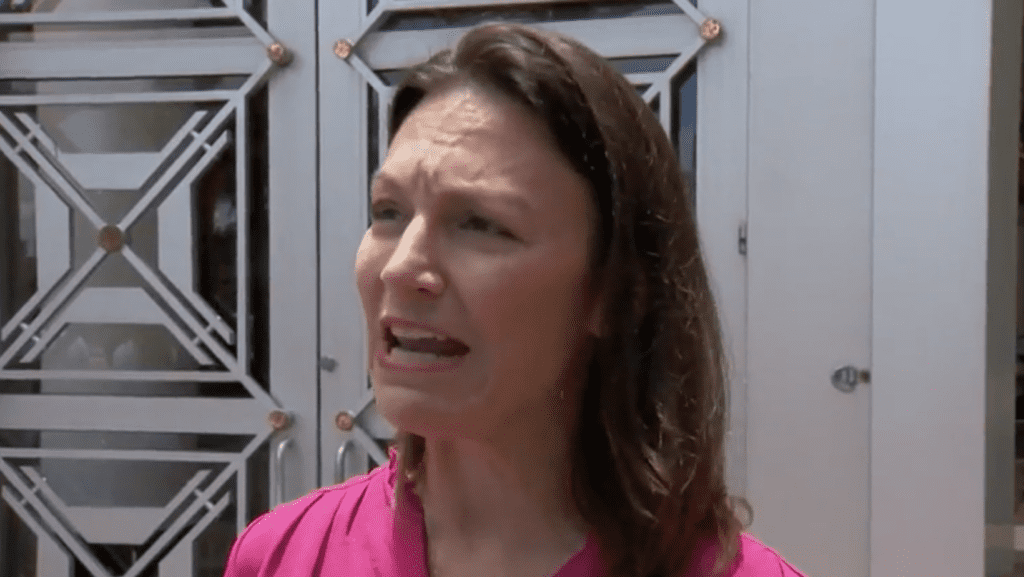 The peaceful protest at Wednesday’s “Rally to Remove Ron” amassed many protesters who are “Gen-Z” voters–voters who are typically under the age of 25 and who are often passionate about issues like climate change. Gen-Z voters are also usually more racially and ethnically diverse than voters in other age groups.

During the DeSantis protest, participants shared their concerns with one another about Gov Ron DeSantis, some calling politics a “game” and wanting the game to stop.

“Politics is a game, you know, where it’s a matter of ‘you scratch my back I scratch your back so we can get things done,'” said protest participant Aaron Amede. “And we want someone who goes in and says ‘no.’ This is what needs to be done for the people.”

“Even among Democratic leaders, there has been a lack of bipartisanship,” participant Genevieve Timm said during Wednesday’s rally.

But some question the authenticity of Crist’s and Fried’s stances, as Congressman Crist is a former Republican and state legislator. Commission Nikki Fried is a current cabinet member and a former lobbyist. All of this has some Floridians asking whether Crist is truly a Democrat and whether Fried is different from the old political system or just “more of the same.” 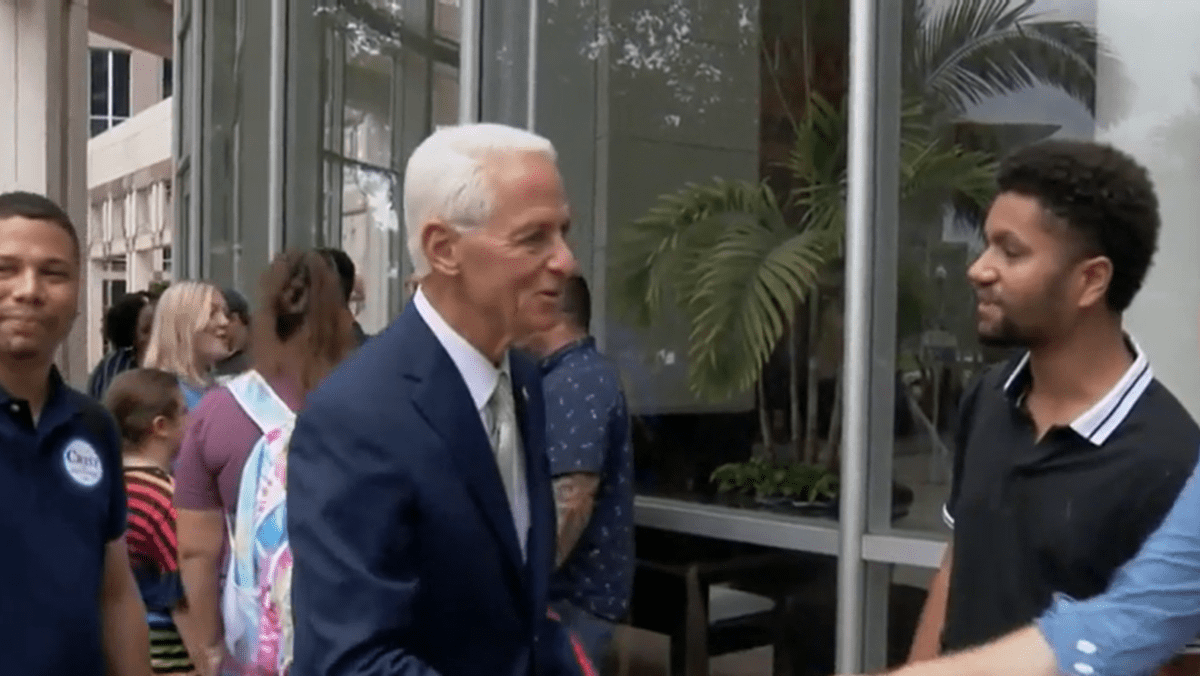 In a Real Clear Politics poll, Congressman Crist is ahead of Nikki Fried and Miami State Senator Annette Taddeo by large margins. However, the poll shows that Crist is behind DeSantis by about 9 points, per WESH Channel 2.

Governor Ron DeSantis struck a nerve with The Walt Disney Company when he signed Florida’s Parental Rights in Education House Bill 1557 into law during a special legislative session in March after the bill passed in the Florida House and in the Florida Senate.

Disney’s response to the signing of the bill was met with sharp criticism from DeSantis, who said Disney had “crossed the line.” In response to Disney’s efforts, DeSantis said that the company might lose its special privileges in the Sunshine State, referring to Disney’s Reedy Creek Improvement District.

RELATED: Disney World only has a year left to build the Walter Elias Disney International Airport

Only a few weeks later, on April 22, 2022, a bill to dissolve Disney’s Reedy Creek district, as well as a handful of other Florida special districts, was signed into law.

The law calls for the dissolution of Reedy Creek, effective July 1, 2023. A federal lawsuit has been refiled in response to the dissolution which many Floridians fear will impose an undue tax burden on residents, especially those living in Orange and Osceola Counties.