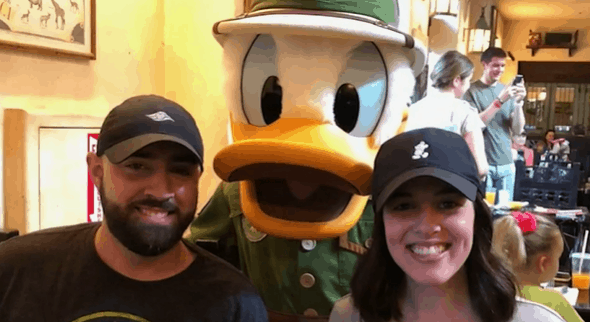 Realty team rebrands, helps fans like these move to central Florida simply to be closer to Disney

If you’re reading anything on our site, it’s probably because at some level, you, too, consider yourself a Disney fan. Whether you love Mickey, the man behind him, or the Magic of everything, there’s a draw to Disney World that you feel to some degree, even if it’s just a desire to visit once every couple of years. 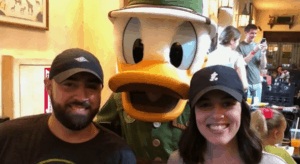 But Jessica and her family are a whole other level of Disney fans.

You know the type: whether they’re from Florida or Alaska, they’ve got Disney-themed bumper stickers on their vehicles. You’ve been to their home, and it’s decorated throughout with nods to Mickey–you may have even met someone who loves Disney so much, her kitchen features black and white ceramic tiles, a red refrigerator, the silhouette of Mickey’s head on the walls, on the cookie jars, on the canisters . . .

Jessica and her husband David are those kinds of fans–fans that are so diehard in love with everything Disney, that their “wish upon a star” is to live only moments from the Mouse. They, like many fans, dreamed everyday of packing up and moving to central Florida for one reason only–to be close to Disney World. 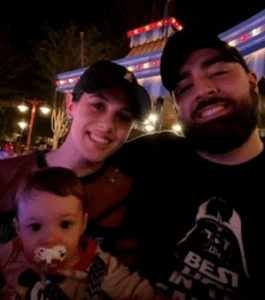 Sound crazy? Well, it isn’t. And it’s exactly what the couple and their son Elias, named for Mr. Disney himself, recently did, thanks to a central Florida-based realty team who specializes in moving fans closer to the parks.

Living close to the parks is the dream of so many Disney fans, that a few real estate agencies in the area have picked up on the trend, going so far as to rebrand their entire approach, just to meet the needs of Florida resident hopefuls who’ve got to get closer to the parks.

It’s exactly what Sean Faulk, a realtor with MovingtoOrlando.com, helps people do.

“Some people are Disney fans and want to live within an hour of the parks,” Faulk said. “Other people are like, ‘we need to be able to see fireworks from our back porch so if we can’t see fireworks out the backyard, we’re not buying.’”

RELATED: Magic Kingdom’s new nighttime spectacular is a whole new kind of magic; see how Disney prepared for it!

Faulk says that once he noticed the demand for homes near the parks from fans wanting to finally live closer to Disney, he began making videos on YouTube for MovingtoOrlando.com, and, he says, demand grew even more–and almost overnight.

“Within like three weeks,” he remembers. Faulk went on to say that part of what is making the dream of moving closer to Disney more doable for families is their ability to be completely remote at work–working from home 100% of the time.

As demand grew, Faulk needed to partner with a brokerage firm, which he found with Forever Magic Realty, an entity that already had a realty business and even sells Disney Vacation Club homes, but Forever Magic’s team also saw the demand from fans wanting to live closer, so they decided to rebrand themselves.

As a result of families’ abilities to work remotely now more than ever, fans who’ve dreamed of moving are finding it easier to do so, and they’re embracing that dream.

Because of the influx of fans moving into the area, both Faulk and Forever Magic Realty have begun to see a boom in their businesses. In fact, business has doubled in only a year, as residential sales for both companies grew from $20 million to $40 million–and that’s just for people who were moving to central Florida to be next-door neighbors with Mickey.

“It’s amazing, right?” Latoya Cotton, one of the owners of Forever Magic Realty said. “I mean, what other companies, do you know where people are like, ‘Yeah, I want to move to be close to Coca-Cola?’”

“It’s been awesome and with our rebranding, with our great partners with Moving to Orlando, and just with everything else, the growth, it’s remarkable,” her partner Nick shared.

“It doesn’t make me think I’m crazy or alone in this,” Jessica Aribu said. “It’s literally a dream come true.”