It has been a rough couple of months for popular Disney+ shows. First, it was announced that Emilio Estévez would not be returning for season two of The Mighty Ducks: Game Changers — with insiders claiming it was because he would not meet Disney’s requirement to be vaccinated against COVID and Estévez saying it was creative differences. Not long after that, it was reported that Disney was deciding not to renew the freshman series Turner & Hooch for a second season. 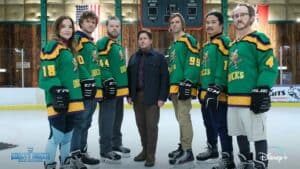 And now we have word that another popular Disney+ series is on the chopping block. Disney has chosen not to renew Diary of a Future President — starring Tess Romero, Gina Rodriguez, and Selenis Leyva — after two seasons on the streaming service. Series creator and executive producer Ilana Pena broke the news on Twitter, saying:

We found out that #diaryofafuturepresident is not moving forward with a season 3 at Disney+. Of course, we would love to continue telling this story, but I am filled with so much gratitude for the 2 seasons that we did get to make. Thank you to our unbelievable cast, incredible crew, and passionate fans that made it possible for us to bring the Canero-Reed family to life (half of which we did during a global pandemic). There’s so much I want to say about how this experience changed me, but Elena would say it better. She said all of it better. I made this show for my younger self, and I hope I made her proud.

Series star Tess Romero also took to Instagram to share the news that she and her fellow Cast Members would not be returning.

this show has been the best part of my life for the past 3 years. we told a dynamic, powerful story. it’s a shame we won’t get to finish it. elena has become a part of me, and i wouldn’t have it any other way. while i will miss filming this show like crazy, it’s the cast and crew that i will miss the most. i don’t usually use superlatives, but these are genuinely some of the kindest, funniest, most talented people i have ever had the pleasure to meet. i’m so lucky to have y’all in my life.
and the fans!! thanks to those who watched and supported diary. i’m thrilled that people connected so deeply to our story. u guys mean the world to us.
but the journey isn’t over! i can’t wait to see what everyone does next! whatever it is, just know that i’ll be in the front row cheering u on 🙂
familia forever 🤍🤍 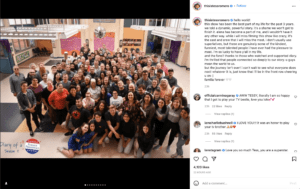 If you have not seen the show, seasons one and two are currently available to stream on Disney+. Here is a description of Diary of a Future President from Disney:

In the new Disney+ series “Diary of a Future President,” we see the origin story of a future leader. Told using the narration of 12-year-old Cuban American girl Elena’s diary, this new family comedy follows her journey through the ups and downs of middle school, which set her on the path to becoming the president of the United States. “Diary of a Future President” was inspired by creator Ilana Peña’s (Crazy Ex-Girlfriend) childhood and is produced by Gina Rodriguez’s (Jane the Virgin) I Can and I Will Productions. Rodriguez directed the first episode and guest stars as grown-up Elena. 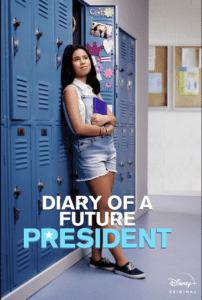 What do you think of Disney deciding not to renew Diary of a Future President?

2021-12-14
Krysten Swensen
Previous: Planning a Perfect Princess Day in Magic Kingdom
Next: Awesome Disney Dining Hacks for Your Next Vacation