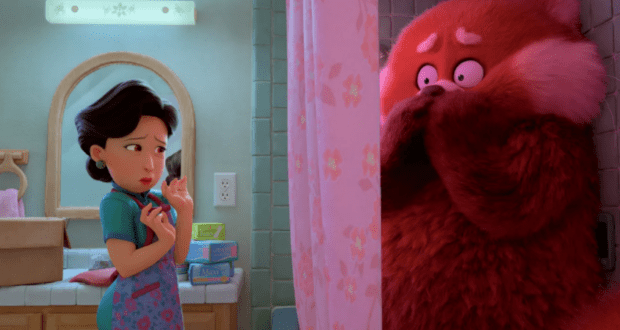 PIXAR’s newest film deals “unapologetically” with the everyday ‘yikes’, ‘blah,’ and ‘ick’ of being an adolescent

If you have any experience with PIXAR movies, you know that the studio is unafraid of making films about topics that many animation houses won’t touch with a proverbial 10-foot pole. But then again, this is PIXAR.

RELATED: Even diehard PIXAR fans don’t know some of these things about the studios’ most beloved films

PIXAR sets the standard in computer-generated animation, 3D modeling, and rendering, but they also set the bar high, often producing films that touch on topics that until PIXAR burst onto the animated film scene, just weren’t the subjects of films with a younger targeted audience. But PIXAR has a knack for producing films we loved as kids and films we love to watch with our kids.

The Studios’ latest film is Turning Red. Originally slated for a theatrical release, the film will is now the newest plate on the PIXAR buffet to skip the theater entirely and make a beeline for the Disney+ streaming platform, according to an announcement from Disney in January. It features a voice cast that includes Rosalie Chiang, Sandra Oh, Ava Morse, Maitreyi Ramakrishnan, Hyein Park, Orion Lee, Wai Ching Ho, and James Hong. Turning Red is a first for PIXAR as it’s the Studios’ first-ever film to be directed solely by a female. 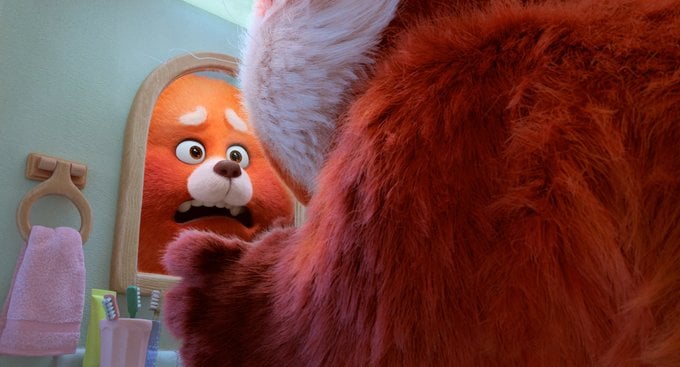 Turning Red is set in the early 2000s in Toronto and tells the story of Mei Lee, a 13-year-old Chinese-Canadian girl who is experiencing lots of changes in her life–all at once. She has always been her mother’s obedient little girl, but now that she’s a teenager, things are getting weird. Things feel chaotic, her body is changing, her emotions run the gamut from one end of the spectrum to the other. And when she gets overly excitable, she poofs into a giant red panda.

But the film goes into topics related to being a teenager that some might see as taboo. However, the director and co-writer of Turning Red, Domee Shi, doesn’t see them as taboo topics, especially when you consider that the film is geared toward the usual PIXAR crowd, which includes a younger audience and their parents too.

According to Polygon.com, the film “doesn’t shy away from the nitty-gritty of puberty.”

Turning Red touches on prepubescent subjects like uncontrollable emotions, changes in mood and mindset the onset of menstruation, and other adolescent physical changes. And of course, boy band crushes. There are even references to juvenile diabetes in one of the film’s teaser trailers–a topic not frequently discussed as a part of television and film productions geared toward younger audiences. 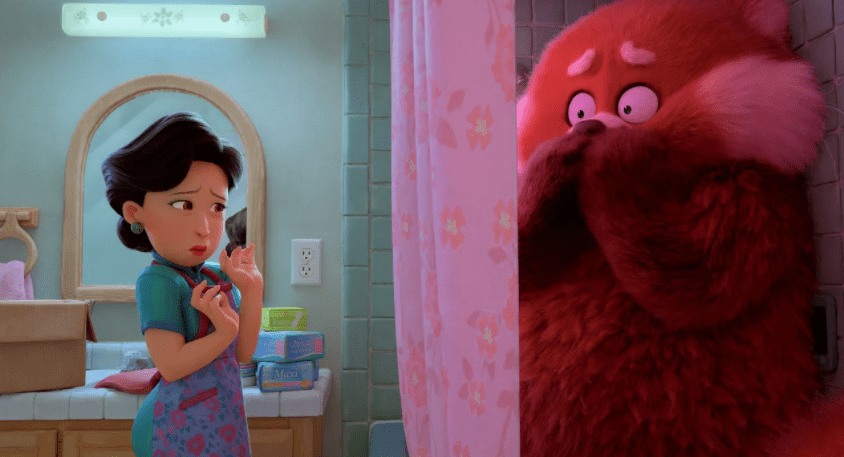 Shi and producer Lindsey Collins have said that the film “unapologetically” delves into the real coming-of-age topics associated with kids going through adolescence and the teenage years. The support they received from the PIXAR team was given unapologetically as well.

“Everybody on the crew was unapologetic in support of having these real conversations about these moments in girls’ lives,” explains Turning Red producer Lindsey Collins.

This is Shi’s first solo directorial project. The last PIXAR project Shi undertook was a short called Bao, which deals with the complexities of a mother-child relationship, told from the mother’s viewpoint. Turning Red also deals with that relationship, but against the backdrop of puberty and coming of age–and from the viewpoint of the child. 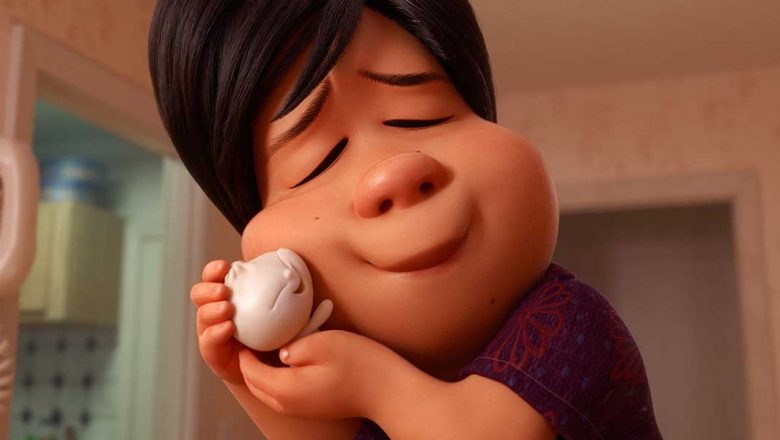 “[Mei is] growing up caught between two worlds, East and West, but [she’s] also at this time in her life where she’s blossoming into adulthood,” explains Shi. “And all of these changes are happening not just to her body, but to her relationship with her mom and her friends.” As if the normal body changes she experiences as a teenager aren’t enough, Mei discovers that every time she feels an extreme emotion, the morphs into a giant red panda, which serves as a metaphor for many things associated with being a teenager, from physical changes in their bodies to emotional changes within to outward changes in their appearances to the changes in relationship dynamics–and even some topics that relate specifically to a young girl going through adolescence. It’s just another one of the things over which Mei must learn to exert control.