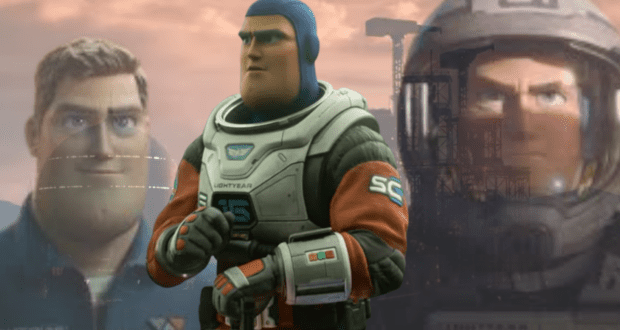 Just over a month until PIXAR makes good on its Oscars night promise; studio releases new trailer to keep us happy for now

PIXAR has released a new trailer for the studios’ upcoming summer film, giving fans a better look at the film’s central character and the storyline behind the film.

Lightyear will hit theaters in June, making it the first PIXAR film to have a theatrical release since Onward. Toy Story 5, it is not, as the film that serves as the “definitive origin story” of the man behind the Buzz Lightyear action figure in the Toy Story franchise definitively stands on its own.

Marvel’s Chris Evans (Captain America) lends his voice to the titular Space Ranger as Buzz and other members of Star Command have been marooned on an alien planet. To make matters worse, the Star Command team is missing one key element: hyperspace fuel, meaning they’re going nowhere fast.

But Buzz isn’t going down like that, so he and his team at Star Command work to recreate the fuel. The result is a go-no-go and instead sends Buzz Lightyear traveling through time: 62 years into the future.

Per ScreenRant, Buzz never ages along his time-traveling journey, but he watches as friends and family around him age and grow older.

“Buzz races against time in the hopes of getting everyone back to Earth with the help of his robot emotional animal companion Sox. He will find his efforts further complicated when he is introduced to a group of inexperienced rookies, led by his best friend’s granddaughter Izzy, who are trying to take down the evil Emperor Zurg.”

RELATED: Buzz Lightyear is a racist, PIXAR’s newest film has already ruined childhood for many As has always been the storyline with Buzz Lightyear, the lead Space Ranger and his team are charged with saving Star Command from the threat of the Evil Emperor Zurg, who, by the way, looks massively larger in the Lightyear film than in any other film in the Toy Story line-up.

Only time will tell if the Space Ranger is able to get back to his own time and recreate the hyperspace fuel in time to save himself and his Star Command team from Emperor Zurg.