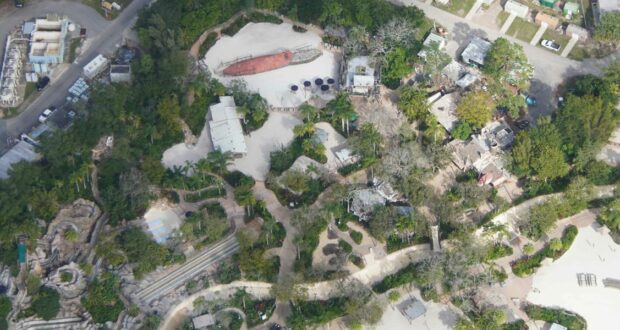 With the massive size of Walt Disney World Resort, it’s practically impossible to experience all of the theme parks within one vacation. Often forgotten are the incredible Disney Water Parks.

RELATED: Which Disney Water Park Should You Visit: Blizzard Beach or Typhoon Lagoon?

Unfortunately, it has been a long time since we have seen BOTH Blizzard Beach and Typhoon Lagoon Water Park open at the same time.

Disney’s Blizzard Beach was closed for refurbishment beginning in January 2022. After a lengthy refurbishment, the Disney Park finally reopened on November 13, 2022, with the addition of new Frozen (2013) themed elements.

Unfortunately, when Disney announced the return of Blizzard Beach, the excitement of having both Parks open at the same time was short-lived. Disney revealed that Typhoon Lagoon would be closing for refurbishment on the same day Blizzard Beach was to open – November 13, 2022.

With no reopening date, Disney Guests are left wondering when Typhoon Lagoon’s indefinite closure will come to an end and what refurbishments Disney may have in mind for the beloved Water Park.

@bioreconstruct has taken to the skies for a peek inside Typhoon Lagoon’s refurbishment.

On social media, @bioreconstruct shares aerial images, noting, “A nearly straight-down aerial look at Typhoon Lagoon during annual refurbishment. A temporary route for equipment is on the wave pool floor.”

Here’s another aerial look at a portion of Typhoon Lagoon while the Disney Park is closed indefinitely for its annual refurbishment:

The unique view below shows a temporary path through the Typhoon Lagoon Surf Pool floor for Disney to reportedly haul equipment needed for refurbishment:

Here’s another image with a better look at the temporary wave pool path:

As always, we will continue to keep Disney Dining readers updated as we learn more about Typhoon Lagoon’s refurbishment or any news from Disney on the reopening of the Water Park. In the meantime, enjoy rides at its sister Disney World Water Park, Blizzard Beach.