A permit filed in Orange County, Florida, on September 9 gets Guests one step closer to enjoying Portland’s best ice cream–without heading to Oregon.

The permit, filed by Salt & Straw and Walt Disney Parks and Resorts, is for “interior renovation of Tenant Space #1322” at Disney Springs. 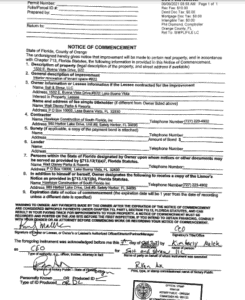 Salt & Straw, a Portland, Oregon-based ice cream company that prides itself on making handmade ice cream in small batches with the best ingredients, investing in the community and enriching the lives of others, will be joining the line-up of restaurants and sweets and eats shops at Disney World’s Disney Springs sometime in 2022. The official opening date has not yet been released.

The addition was first announced in June of this year, and we’ve been anticipating its arrival since then. Construction walls have been erected around the location so that interior work can be completed. 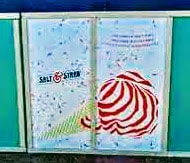 The Disney Springs location will be the company’s third in the Sunshine State. There are already two Salt & Straw locations in Miami. It will also be the second time Salt & Straw has partnered with Disney Parks. There is currently a location at the Downtown Disney District at Disneyland in California. 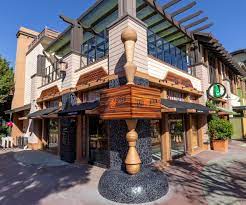 When asked why it’s called “Salt and Straw,” co-owner of the fun scoop shop, Kim Malek, says it has to do with the ice cream being handmade.

“[Our ice cream] is handmade, in small batches, the way they used to make it back in the day,” Malek explains. “They used to use rock salt to make it freeze; then it was packed in straw to keep it cold.” 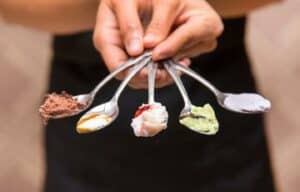 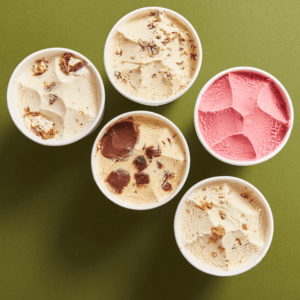 Salt & Straw is set to open sometime next year, and with flavors like Honey Lavender, Sea Salt with Caramel Ribbons, Chocolate Gooey Brownie, Double Fold Vanilla, Strawberry & Coconut Water Sherbet, and Pear & Bleu Cheese, there’s sure to be an ice cream for everyone!