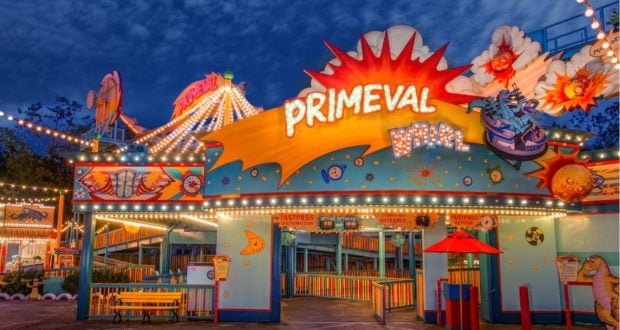 What’s going on with Primeval Whirl? New permit filed for work to be completed

A fan-favorite attraction at Disney’s Animal Kingdom may be in for a face-lift. Or a make-over. Or a demolition. We just aren’t sure.

What we do know is that Disney has filed a permit for work to be done on the site where the seemingly defunct Primeval Whirl attraction sits. 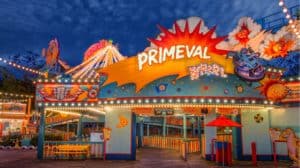 The permit names a company called MLC Theming, which is listed at Dun & Bradstreet’s website (dandb.com) as an incorporated entity in the industry of non-residential construction.

Hmmm. Construction. That sounds promising; at least it isn’t a company that carries out demolitions. But we’re a bit confused because Disney has confirmed it will be closing the attraction. 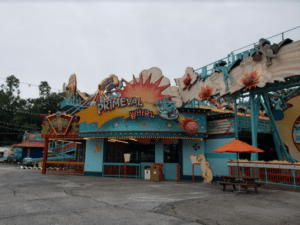 Primeval Whirl has been described as a souped-up version of the Mad Tea Party attraction at Magic Kingdom, complete with large spinning ride vehicles, hairpin turns and sudden drops, all with a dino-riffic feel to it.

Lots of things about the Disney World experience were different when the Florida parks reopened to Guests in mid-July 2020. But one change that stuck out more than others at Disney’s Animal Kingdom was the absence of the spinning, dropping, turning time-traveling ride vehicles and the Guests that would usually be enjoying them. 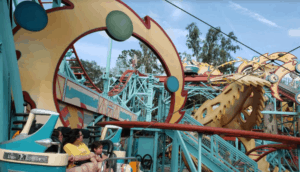 Even now, we aren’t exactly sure what Disney has planned for the space that the Primeval Whirl attraction now occupies. Perhaps the attraction area will be cleared and a new restaurant will be added. Could they be planning to reimagine and repurpose the entire area for another experience entirely?

We’re not sure as of right now, but one thing’s for sure: Primeval Whirl has always been a well-liked attraction by Disney fans of all ages–one for which the lines were very long during peak seasons in the park, and we wish Disney had checked with us before deciding to completely do away with it for good.