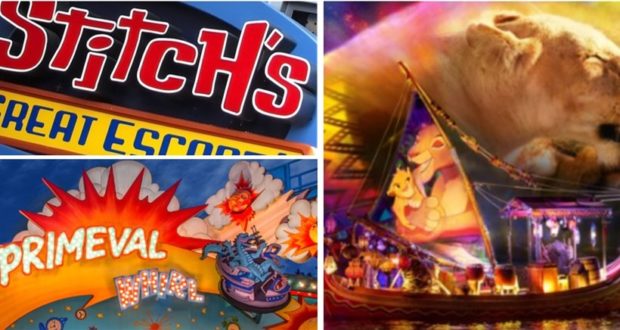 Well folks, we all know changes are inevitable at Walt Disney World! As the parks cruise through the phased reopening this past week, and are on to more changes as the 50th anniversary draws near, we are now learning of three closures we can say goodbye to.

A tweet by Scott Gustin (a regular follower of Disney Parks) states:

Another source, AttractionsMagazine shared: “We have received confirmation from Disney that three experiences are now permanently closed at Walt Disney World Resort. The nighttime spectacular “Rivers of Light” and the Wild Mouse coaster Primeval Whirl at Disney’s Animal Kingdom, as well as Stitch’s Great Escape at Magic Kingdom, are now officially, permanently closed.”

What are your thoughts about these three closures?

Stitch’s Great Escape at Magic Kingdom doesn’t come as a total surprise as rumors have been building that this attraction will be changed to a “Wreck-It-Ralph” theme. The attraction has been “temporarily closed” for quite some time now.

We feel like Rivers of Light just got on it’s feet but never seemed to be a true crowd favorite. With the limited capacity and social distancing currently taking place at Disney’s Animal Kingdom, this form of nighttime entertainment would be hard to hold with a large crowd gathering.

The one we are personally saddest about is Primeval Whirl at Disney’s Animal Kingdom. We love this awkwardly fun attraction!

We’ll keep you posted as we learn more about these experience and what may be replacing them in the future.

2020-07-18
Jamie Sylvester
Previous: Disney+ Debuts Trailer for ‘The One and Only Ivan’
Next: On Hold! Disney Confirms Mary Poppins Attraction & Spaceship Earth Update are on Hold