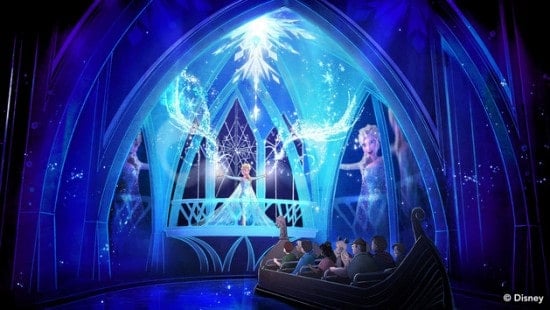 1. Frozen Ever After – EPCOT

On this dark ride aboard a Norwegian vessel, you’ll see Anna, Elsa, Sven, Kristoff, Hans and Olaf in their audio-animatronic forms. The ride boasts some of the latest audio-animatronic technology developed by Disney Imagineering. The movements of the robot characters are incredibly fluid and lifelike thanks to this technology. And the popularity of Disney’s Frozen makes this attraction very popular! The ride takes Guests on a tour through Arendelle. There’s even a 28-foot drop toward the end of the ride. You’ll need a FastPass+ time for this attraction, especially during peak seasons in the parks. Even now—more than two years after its opening—the ride is as popular as ever!

Left 11 of 11 right
Next: 10 Tips and Secrets for Park Hopping at Walt Disney World