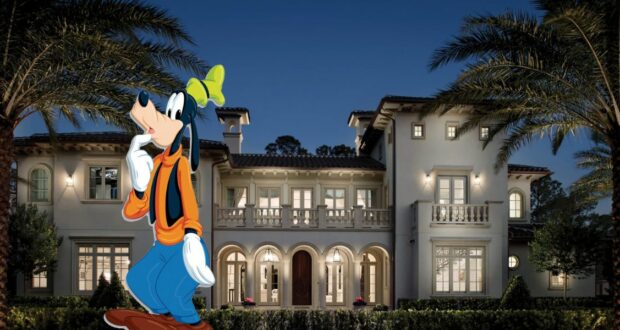 A Florida Pastor and his son are in trouble with the federal government after a scam has come to light, all to buy a mansion located in the heart of Walt Disney World Resort.

While many of us dream of one day living in the popular Golden Oak neighborhood and Four Seasons Private Residence community within the Disney bubble, the truth is the expense of such a residence is typically too much money for the average family.

Well, a father and son duo by the name of Evan and Joshua Edwards had a grand plan to live in the heart of Walt Disney World by scamming money from the federal government.

According to reports, in April 2020, at the height of the COVID-19 pandemic turmoil, “Florida Pastor” Evan Edwards submitted a PPP application (Paycheck Protection Program) to First Home Bank on behalf of his company, Aslan International Ministry, Inc.

The court documents show that Aslan International Ministry is a foreign, not-for-profit organization “that provides religious services.” The foreign company was reportedly operating in Florida when the PPP application was submitted.

Federal prosecutors allege that the father and son scammed the government out of millions, then decided to try to use that scammed money to buy a stunning Walt Disney World mansion in the Four Seasons Private Residence community.

Evan Edwards reportedly lied about how big his ministry company was to bring in the grand sum loan of over $8 million dollars at $8,417,200.

Instead of using this $8.4 million dollar loan to support the alleged ministry, the Evans duo attempted to buy a $3.7 million Four Seasons mansion. With the remaining money, the men decided to place the loan in multiple bank accounts “in an attempt to hide and conceal their whereabouts.”

The government caught on to the scam. In 2020, Evan and Joshua Edwards were required to return the $8.4 million back to the government.

RELATED: Disney Scams Not to Fall For

According to the report, law enforcement agents were able to get back everything the men purchased to recoup the $8.4 million from the COVID-era PPP loan. But… government wasn’t done with the Edwards.

Fast forward to December 2022, Evan and Joshua Edwards were just arrested for the alleged scam and charged with bank and visa fraud.

While we, too, would love a Walt Disney World mansion, creating a “ministry company” and scamming the government is obviously NOT the way to go about acquiring such an investment.