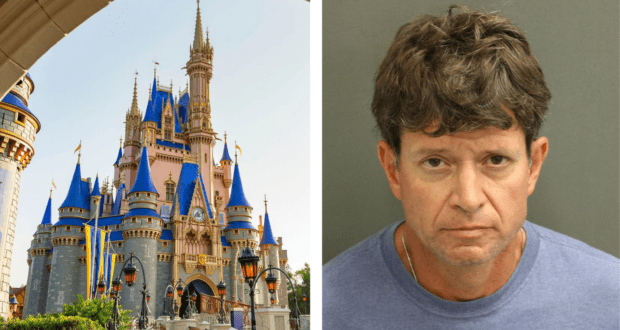 An Orlando man who was convicted of molesting multiple underage Guests at Magic Kingdom Park at the Walt Disney World Resort in 2019 has been sentenced to 15 years in prison according to ClickOrlando, a local news station in the Central Florida area.

James Anthony Jones, 53, was first arrested Jones was first arrested on October 17, 2019, and charged with lewd and lascivious molestation on a victim between 12 and 15 years old after he molested two children at Magic Kingdom. Orange County deputies said that the first victim was with her mother at Ye Olde Christmas Shoppe inside the park when a man later identified as Jones inappropriately touched the young girl. RELATED: Parents of toddler sue Disney Cruise Line over allegations of sexual assault on board ship

Records show that surveillance cameras captured the incident. Shortly thereafter, Orange County Sheriff’s deputies received another report involving a man with a similar description to the one in the Christmas shop. This time, an incident occurred in the preshow area of the Haunted Mansion attraction in Liberty Square at Magic Kingdom. Later that evening, the man was located–still at Magic Kingdom–and Cast Members played a role in helping authorities by identifying the man.

Then in November 2019, after two more victims were identified, Jones faced additional charges.

RELATED: Cast Member hit by vehicle has unprecedented win in court against Disney, but Disney wins in the end

James Anthony Jones was later convicted and received his sentence this month. The judge presiding over the sentencing in the case gave the Florida man a 15-year prison sentence, but according to court records, Jones will receive credit for the 867 days already served. He was also designated as a sex offender as part of the conviction and sentencing.