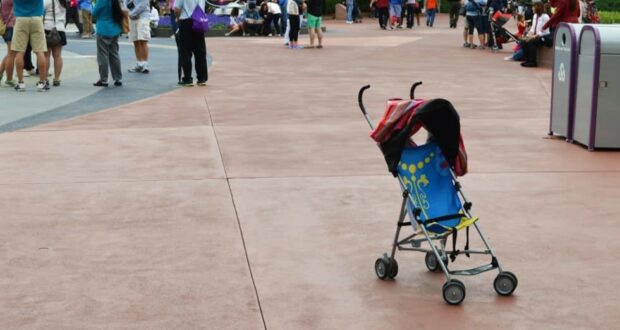 Angry Guest Makes a Scene Over Stroller at Magic Kingdom

If you’ve ever visited a Disney Park with children, chances are you are well aware that at times the Disney experience can be extremely stressful. With crowds everywhere, sweets galore, juggling the Disney Genie, and the excitement of attractions around every corner, some children react with melt-downs to the experience. Or… in this case… a grown woman.

RELATED: Things You Need To Know About Stroller Rentals At Walt Disney World

When visiting Walt Disney World Resort with children young enough to be in strollers, you’ll want to be aware of Disney’s rules for using strollers at the Disney Parks. There are select places throughout the Park known as “Stroller Parking”. There are plenty of signs and Cast Members assigned to these areas. Especially at Magic Kingdom, you’ll find the need to ditch your stroller multiple times as young children can enjoy several Magic Kingdom rides.

Once you put your stroller into stroller parking, chances are it will be moved up or down the rows as needed. The Cast Member assigned to the area is responsible for alleviating stroller traffic jams and filling in all the parking holes as needed. It’s not uncommon when one stroller leaves its parking spot, Cast Members may shift the strollers in the row down to fill in the hole. This means when your ride is finished and you’re ready to go, you may have to hunt a little for your stroller.

Well, this Disney Guest, unfortunately, was not thrilled a Cast Member moved her stroller. She decided to make a scene in the middle of Fantasyland which looks like it is near Peter Pan’s Flight and “it’s a small world”. It seemed like her goal was to yell loud enough to make sure everyone was aware of just how unhappy she was.

The video went viral on TikTok when @maddieisraddie posted the video noting, “karen has MASSIVE freakout at disneyworld #karen #disneyworld #karensoftiktok”. TikTok fans comment in support of the Cast Member with how over the top this Disney Guest acted when her stroller was moved. The video was previously available here.

It looks like the TikTok user has since removed the video from TikTok. Here it is however reposted via Twitter by @wdwfact as shown below:

With young kids, we’ve had our stroller shifted within the stroller parking lots several times and it does take a minute to find yours if it’s not a stroller that stands out in color (or has a balloon tied to it). But, with that said, while it may cause a moment of “where is it?”… it’s in no way something to panic or have a meltdown over.

The best part is that comments to the original TikTok video are flooding in with support for “Shawn”, the Cast Member. One comment notes, “If someone knows Shawn please let me know, I’d like to buy him dinner! 100% serious.” Another comment says, “She’s filming him as if she’s the one in the right.” Plus more love for Shawn is shared with “We love Shawn” and “Shawn is a saint.”

While we don’t have confirmation from Disney on what happened to the angry Disney Guest, one comment to the video claims, “From what I understand she was caught by security and declared trespassed which means she and her family is banned for life from ALL Disney Parks.”

What do you think? Was this Disney Guest’s anger valid or is the Cast Member just doing his job?

2022-01-19
Jamie Sylvester
Previous: Sidney Poitier’s cause of death revealed
Next: Where to Get the Best Vegan Snacks at Disneyland Resort