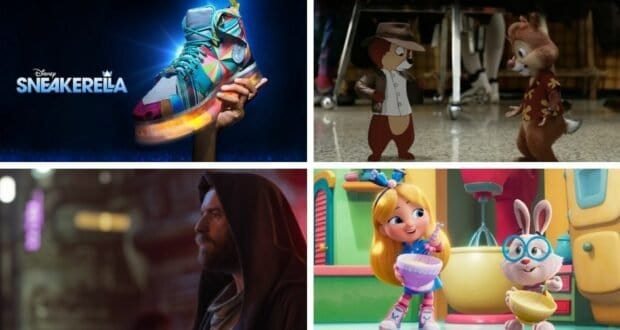 April showers have brought May flowers — and a ton of great new content to Disney+! While you’re no longer going to be snowed in without anything to do, sometimes cuddling up on the couch and binging on some great TV is just what you need. Fans of Disney will have a ton of great television shows and movies to watch this month, with new offerings from the Star Wars universe, as well as a highly-anticipated reboot of a classic Disney Channel show. Let’s take a look at all the great options coming to Disney+ this month!

“Disney Gallery: The Book of Boba Fett” explores the behind-the-scenes story of the legendary bounty hunter’s return to Tatooine with mercenary Fennec Shand, seeking to claim the territory once run by Jabba the Hutt. In this insightful new special, filmmakers, cast and crew reveal never-before-seen footage, groundbreaking technology and the practical effects that brought it all to life. 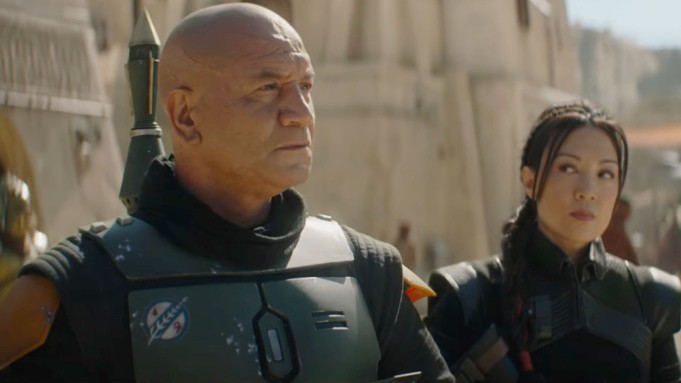 The series follows Steven Grant, a mild-mannered gift-shop employee, who becomes plagued with blackouts and memories of another life. Steven discovers he has dissociative identity disorder and shares a body with mercenary Marc Spector. As Steven/Marc’s enemies converge upon them, they must navigate their complex identities while thrust into a deadly mystery among the powerful gods of Egypt. 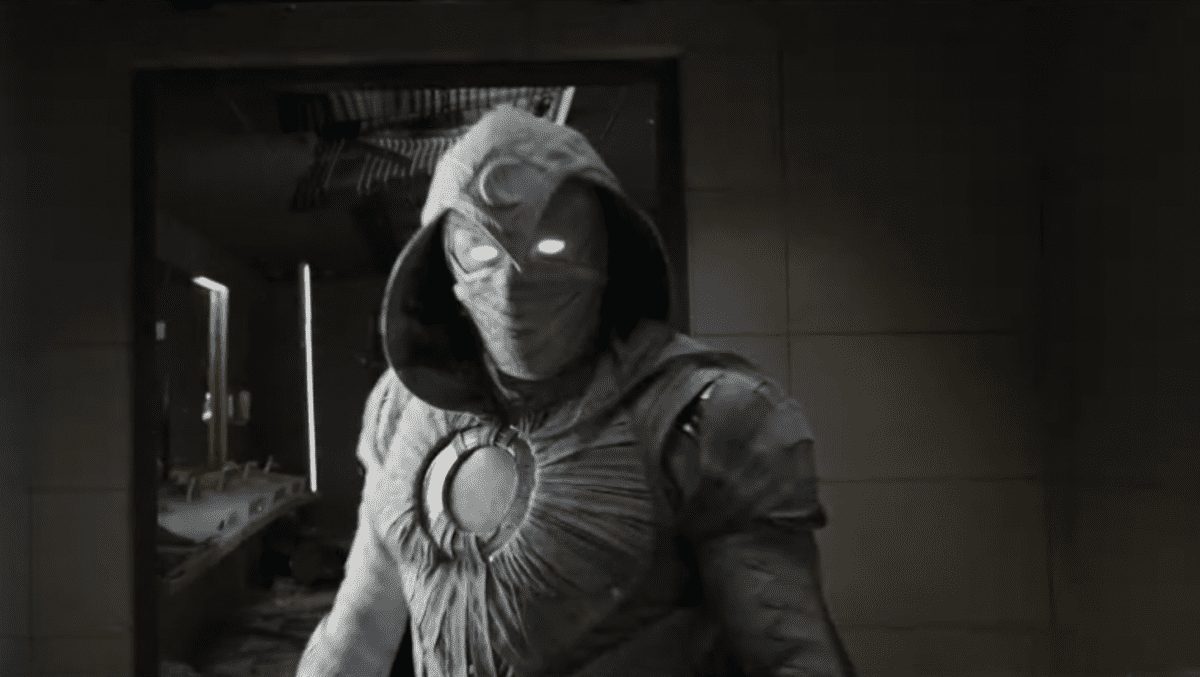 When bears, wolves and foxes are your only neighbours, life can be pretty lonely. Add minus-60-degree days and a constant battle for the most basic necessities, and you have the daily challenges of people who live in remote corners of Alaska. This series takes viewers deep into an Alaskan winter to meet tough, resilient residents as they try to stay one step ahead of storms and man-eating beasts to survive the season. When the closest neighbour is more than 300 miles away, these Alaskans subsist solely on what is hunted and foraged. They catch fish for currency in bartering for supplies, or use their packs of sled dogs for transportation. Also highlighted is a time of year not always part of what viewers see in Alaska: spring! Ice is breaking, animals are waking, and residents face new tests before deep cold returns. 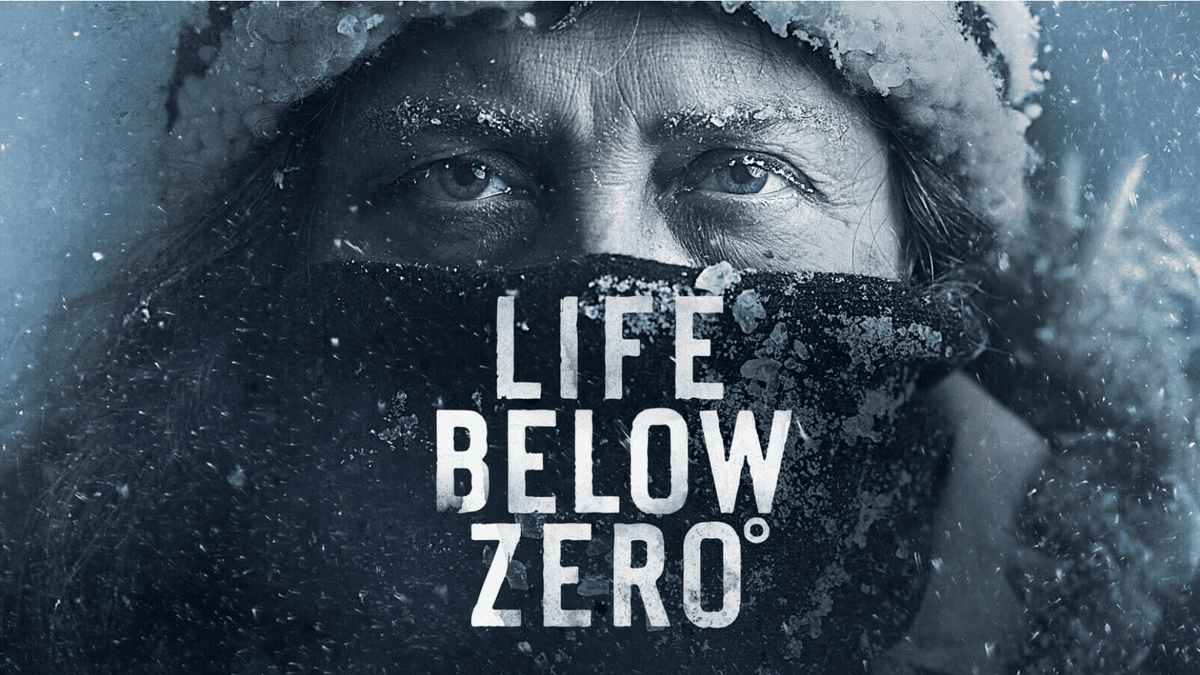 Brought to the screen by the Academy Award- and Emmy-winning teams behind “The Lord of the Rings,” “The Amazing Race” and “Queer Eye,” “The Quest” is a ground-breaking, immersive, hybrid competition series that drops eight real-life teenagers (Paladins) into the fantastic, fictional world of Everealm, where they must save a Kingdom by fulfilling an ancient prophecy. Throughout the eight-episode series, these heroes are immersed in a fantasy world come to life complete with a castle, royals, ethereal Fates, all forms of mystical creatures and a Sorceress intent on destruction and power. 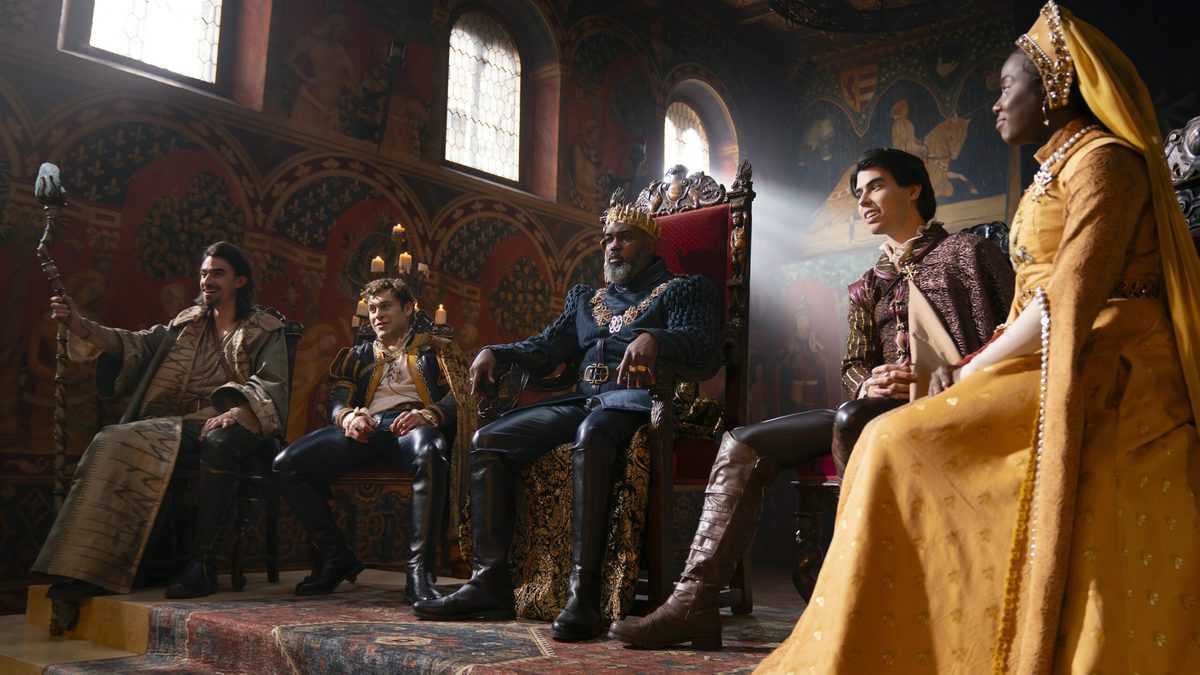 Join the likes of Oscar Isaac and Ethan Hawke as they reveal how Marvel Studios’ Moon Knight was painstakingly brought to life. Through insightful interviews with cast and crew, along with immersive footage from the set, ASSEMBLED pulls back the curtain on this groundbreaking series. Additionally, The Making of Moon Knight incorporates a candid “roundtable discussion” with the series’ directors.

Tommy and his friends are five YouTubers who regularly meet up in a juice bar on a boat. On the boat they collaborate and share their ideas, and together they help each other to grow their followers and develop their talents. 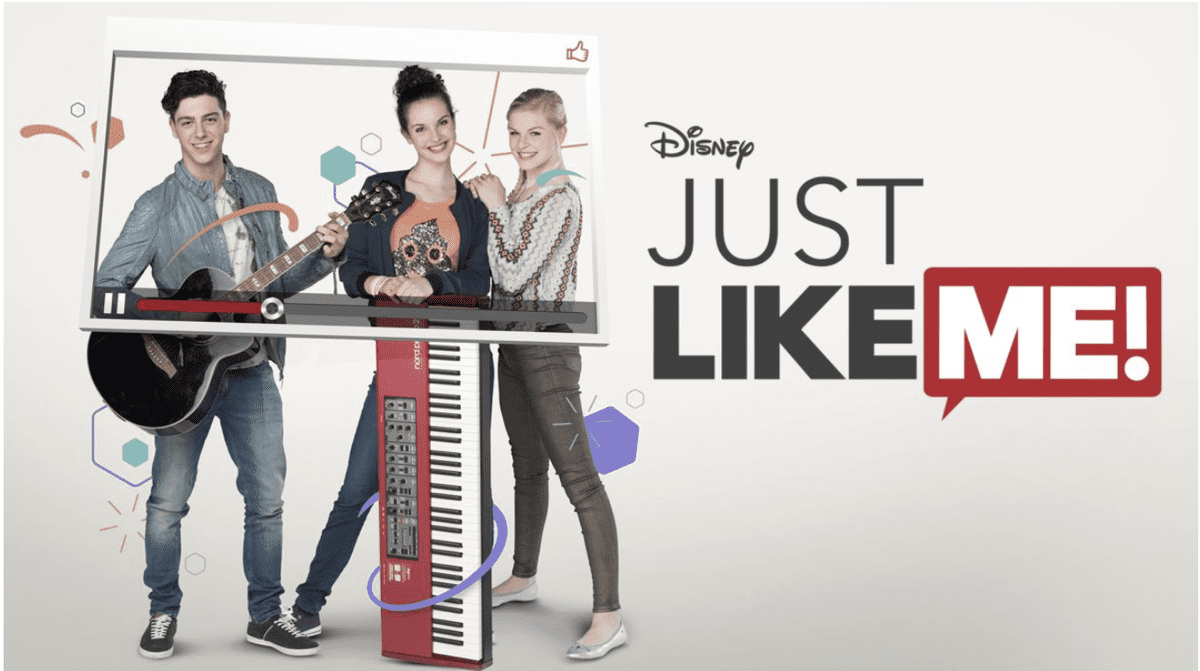 Appointed to the role of royal detective by the queen of Jalpur, a resourceful commoner named Mira sets out on mystery-solving adventures along with her friend Prince Neel, creative cousin Priya, and comical mongoose sidekicks Mikku and Chikku.

Something Bit Me! – Season 1

The filmmaker sheds light on the stories of individuals who have been bitten by various animals in the wild, resulting in several health issues. 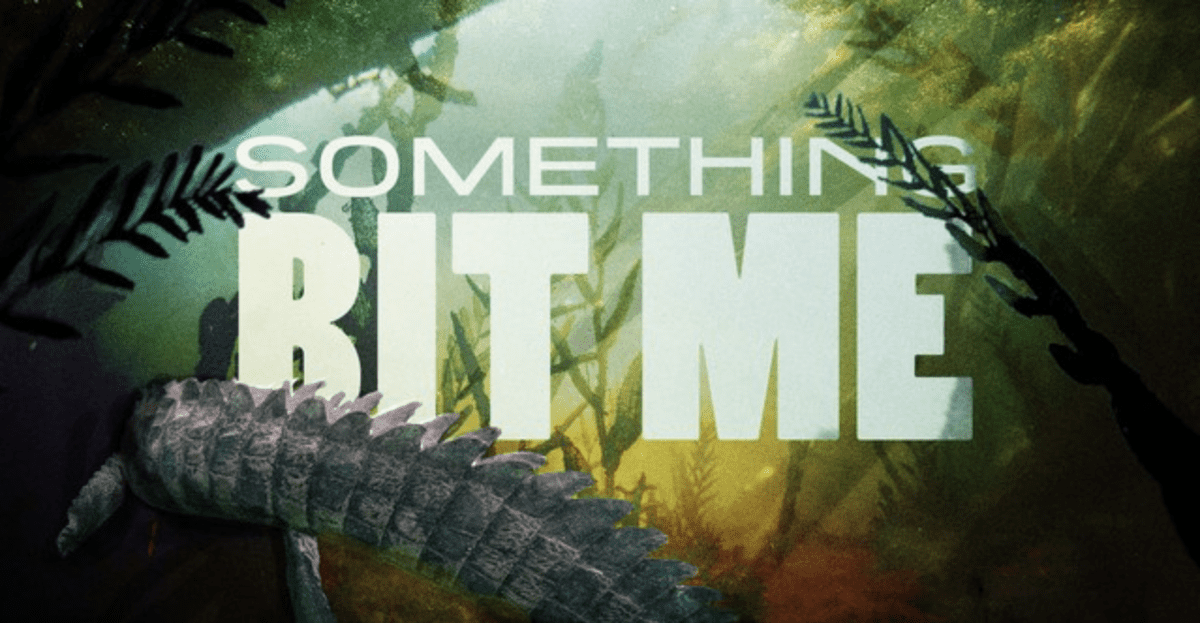 Three young chicken siblings and their retired search and rescue dog mentor, Captain Tully, work together on problem-solving adventures in their backyard to help their animal friends.

The Wizard of Paws – Season 2

The Wizard of Paws is an American reality show on BYU TV that follows Sterling, Virginia-based animal orthotist Derrick Campana as he creates prosthetic limbs for pets and sanctuary animals. 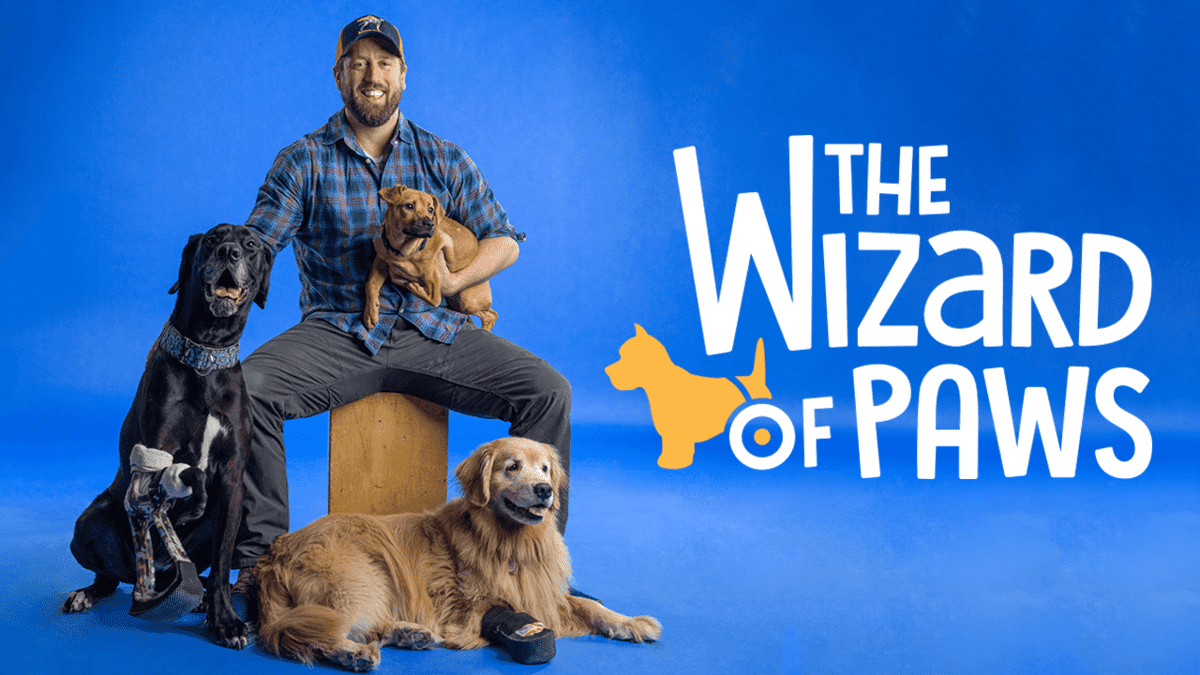 Set in the avant-garde street-sneaker subculture of New York City, “Sneakerella” is a high-energy, music-driven movie that puts a contemporary twist on the “Cinderella” fairy tale.

El is an aspiring sneaker designer from Queens who works as a stock boy in the shoe store that once belonged to his late mother. He hides his artistic talent from his overburdened stepfather and two mean-spirited stepbrothers who constantly thwart any opportunity that comes his way. When El meets Kira King, the fiercely independent daughter of legendary basketball star and sneaker tycoon Darius King, sparks fly as the two bond over their mutual affinity for sneakers. With a little nudge from his best friend and a sprinkle of Fairy Godfather magic, El finds the courage to use his talent to pursue his dream of becoming a ‘legit’ sneaker designer in the industry. El is now ready to lace up and dream big. 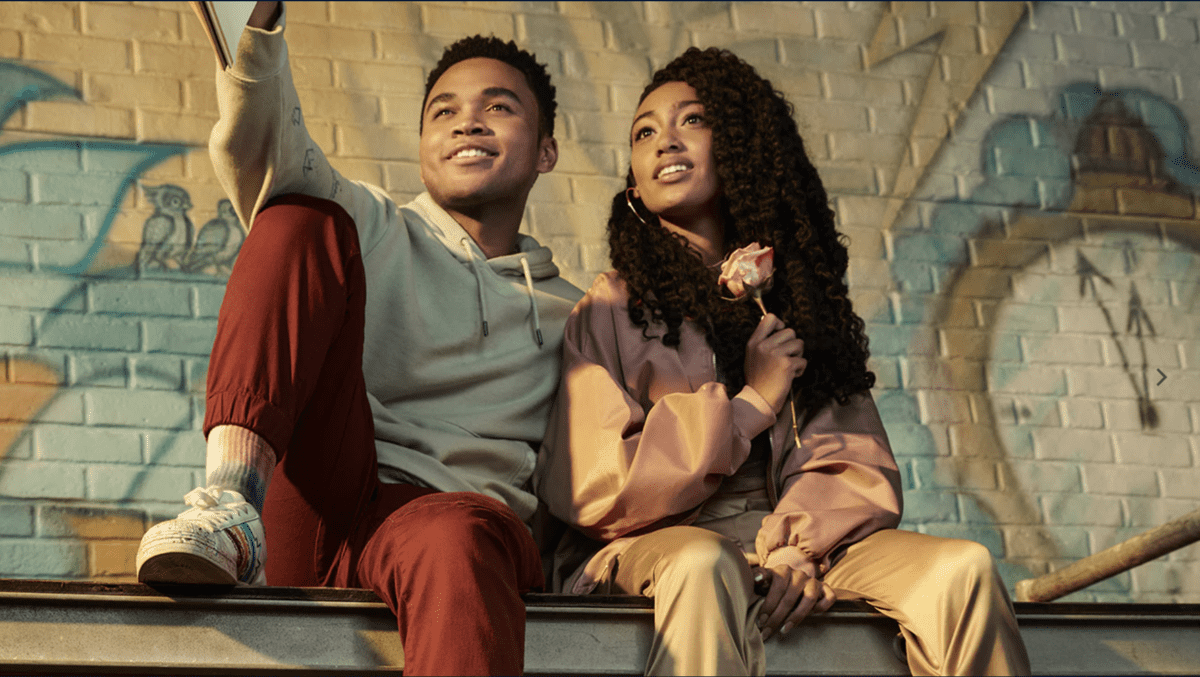 The small town of Castelcorvo is not as rested as it seems and just a bunch of brave knight can keep it safe. Four kids – Giulia, Riccardo, Betta and Matteo – will have to solve mysterious enigmas and face their greatest fears.

Alice embarks on magical recipe adventures with her best pals, who join her in the bakery to whip up whimsical cakes and treats for friends and neighbours with enchanted kitchen tools and ingredients to help them. 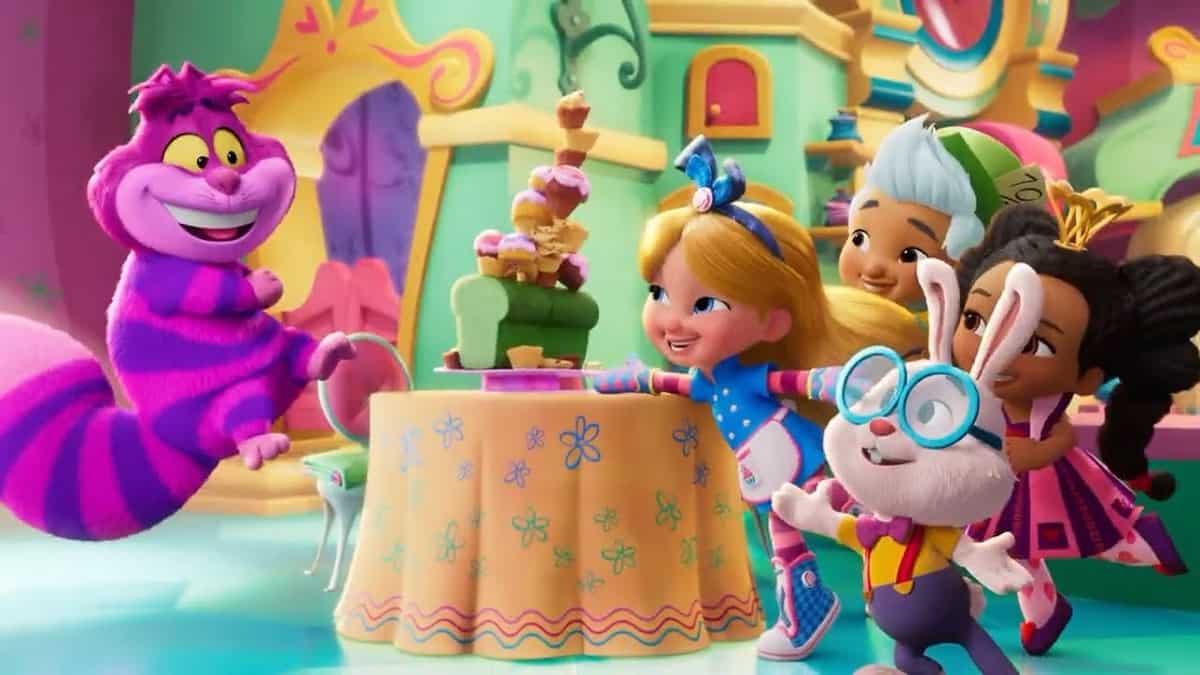 Secrets of the Zoo – Season 5

One of the largest and most popular zoos in the US, Ohio’s renowned Columbus Zoo and Aquarium and its conservation park The Wilds, houses more than 10,000 animals on 12,000 acres. It’s also the part-time home of beloved wildlife guru Jack Hanna, the zoo’s director emeritus. Now, Nat Geo Wild is taking viewers inside the grounds and allowing them to experience what visitors can’t: compelling, heartwarming stories, and behind-the-scenes moments and adventures. `Secrets of the Zoo’ introduces both the animals and the legions of workers who create unforgettable connections between people and wildlife. 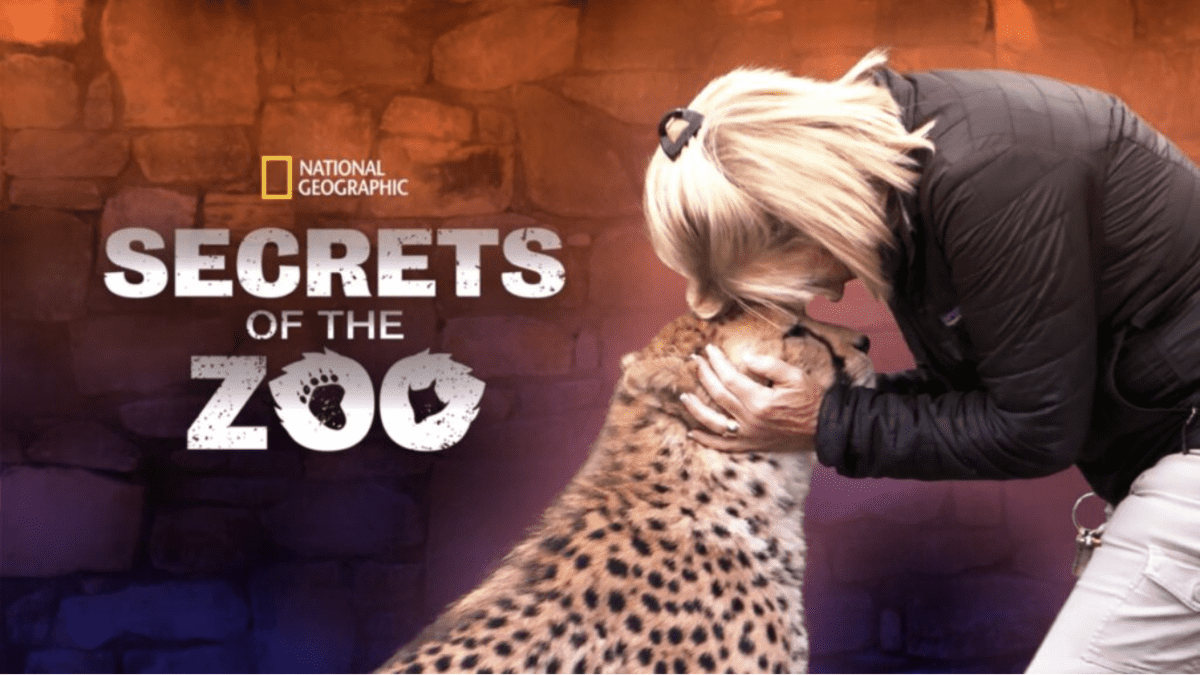 In “Chip ‘n Dale: Rescue Rangers,” Chip and Dale are living amongst cartoons and humans in modern-day Los Angeles, but their lives are quite different now. It has been decades since their successful television series was canceled, and Chip (voice of Mulaney) has succumbed to a life of suburban domesticity as an insurance salesman. Dale (voice of Sandberg), meanwhile, has had CGI surgery and works the nostalgia convention circuit, desperate to relive his glory days. When a former cast mate mysteriously disappears, Chip and Dale must repair their broken friendship and take on their Rescue Rangers detective personas once again to save their friend’s life. 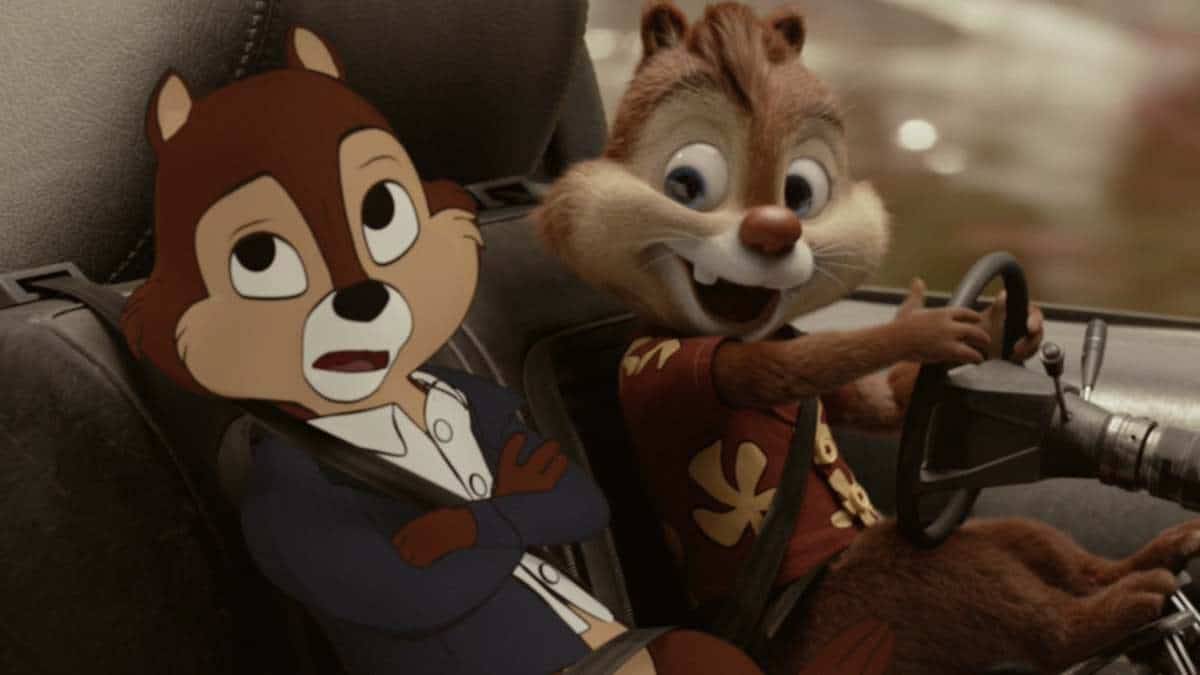 Shook is a Disney Channel scripted single-camera narrative series that centers around Mia, a 15-year-old, who yearns to dance professionally but is hindered by daily obligations to her little sister, Skylar, and their single mom, a registered nurse.

“Gigantosaurus: is based on Jonny Duddle’s bestselling book of the same name. Directed by award-winning director Olivier Lelardoux, the series takes preschoolers on exciting, comedy-filled adventures as they dare to be themselves and explore the world beyond their nests. In every episode, the curious young dinosaurs explore the mystery of “Gigantosaurus” – the biggest, fiercest dinosaur of all. They embark on a quest, facing their individual fears and working together to solve a problem. As the inquisitive Mazu, playful Tiny, timid Bill, and courageous Rocky aim to learn more about Gigantosaurus, they discover they each have something to learn from him, too! 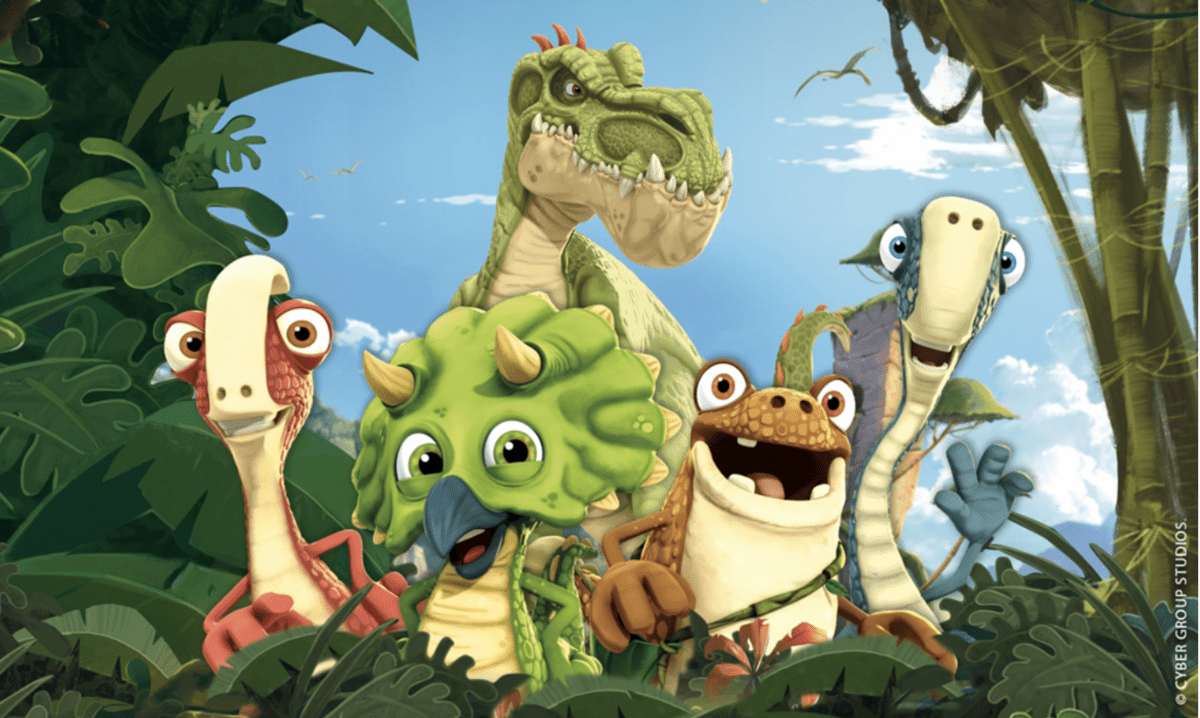 Obi-Wan Kenobi begins 10 years after the dramatic events of “Star Wars: Revenge of the Sith” where Obi-Wan Kenobi faced his greatest defeat—the downfall and corruption of his best friend and Jedi apprentice, Anakin Skywalker, who turned to the dark side as evil Sith Lord Darth Vader. 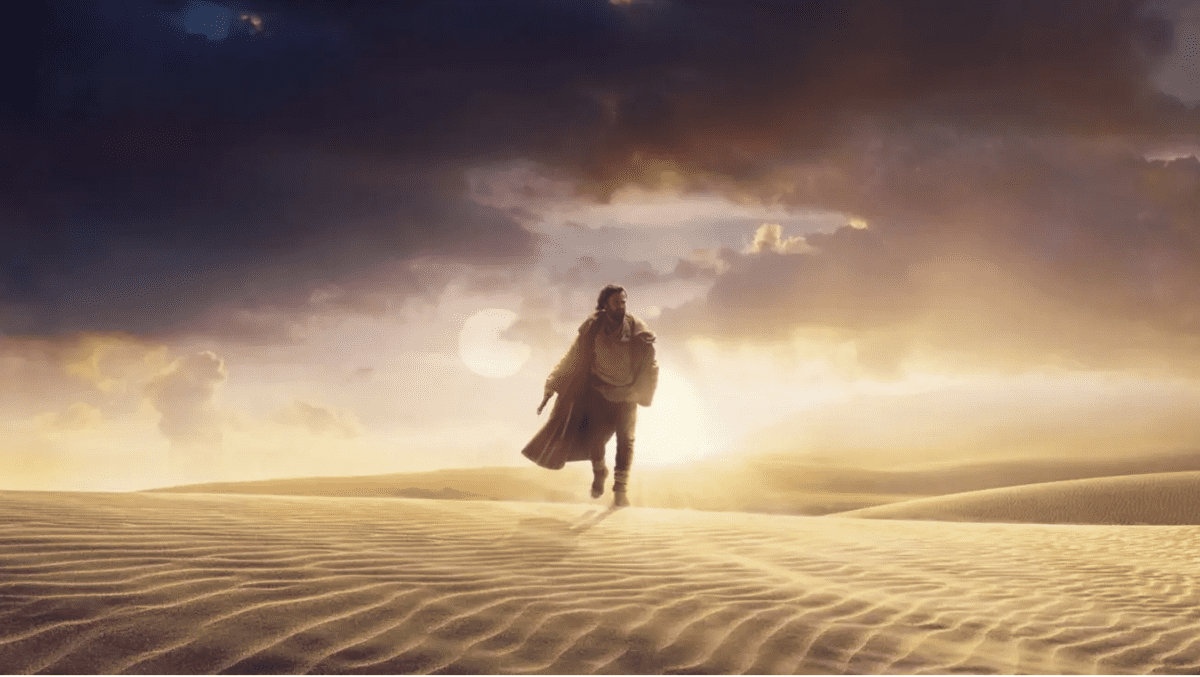 From Director Ron Howard and producers Brian Grazer and Imagine Documentaries, “We Feed People” spotlights chef José Andrés and his nonprofit World Central Kitchen’s incredible mission and evolution over 12 years, from being a scrappy group of grassroots volunteers to becoming one of the most highly regarded humanitarian aid organizations in the disaster relief sector. As the world’s most prominent food-focused first responders, Andrés and the World Central Kitchen team have snapped into action, combating hunger in the wake of crisis by serving over 60 million meals to date.

The film takes an in-depth look at World Central Kitchen’s collaborations with local chefs to feed affected people and first responders, which has instilled an extraordinary sense of hope in these communities. From the frontlines of a crisis to the backrooms of the kitchen, the film examines the restoration of community and the activation of change—one meal at a time. 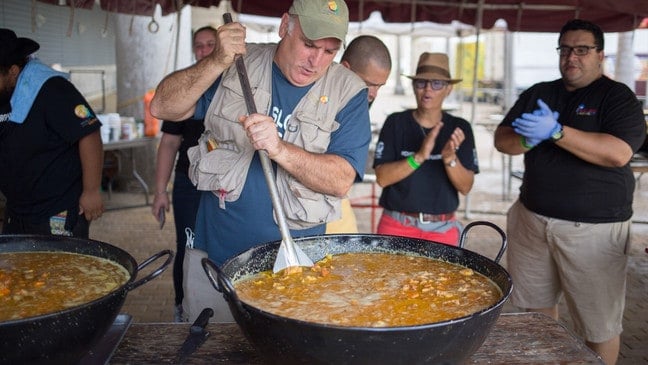 Few teams in professional sports history elicit such a wide range of emotions as the Detroit Pistons of the late 1980s and early ’90s. For some, the team was heroic — made up of gritty, hard-nosed players who didn’t back down from anyone. And for others, it was exactly that trait — the willingness to do seemingly anything to win — that made them the “Bad Boys,” the team fans loved to hate.

No drama is complete without compelling characters, and the Bad Boys Pistons had a full cast. Viewers will see the many factors that drove one of the best — and most complex — players in NBA history: Isiah Thomas, a lethal combination of sweetness on the outside and toughness within. In addition, the team was characterized by the toughness of Bill Laimbeer and Rick Mahorn; the quiet intensity of Joe Dumars; the savvy and fearlessness of a young Dennis Rodman; the comic relief provided by John Salley; and the mixture of grit, professionalism and style possessed by coach Chuck Daly.

Sandwiched between the Lakers’ and Celtics’ dominance of the 1980s and the Bulls’ run in the 1990s, the Pistons’ two titles in 1989 and ’90 are often viewed as a transitional period in NBA history, rather than a dynamic championship era in its own right. But for anyone who experienced the Bad Boys in action, they more than carved out their own identity, both in the league and in American popular culture. Now, viewers will finally get the untold story behind one of the most unique championship teams in NBA history. 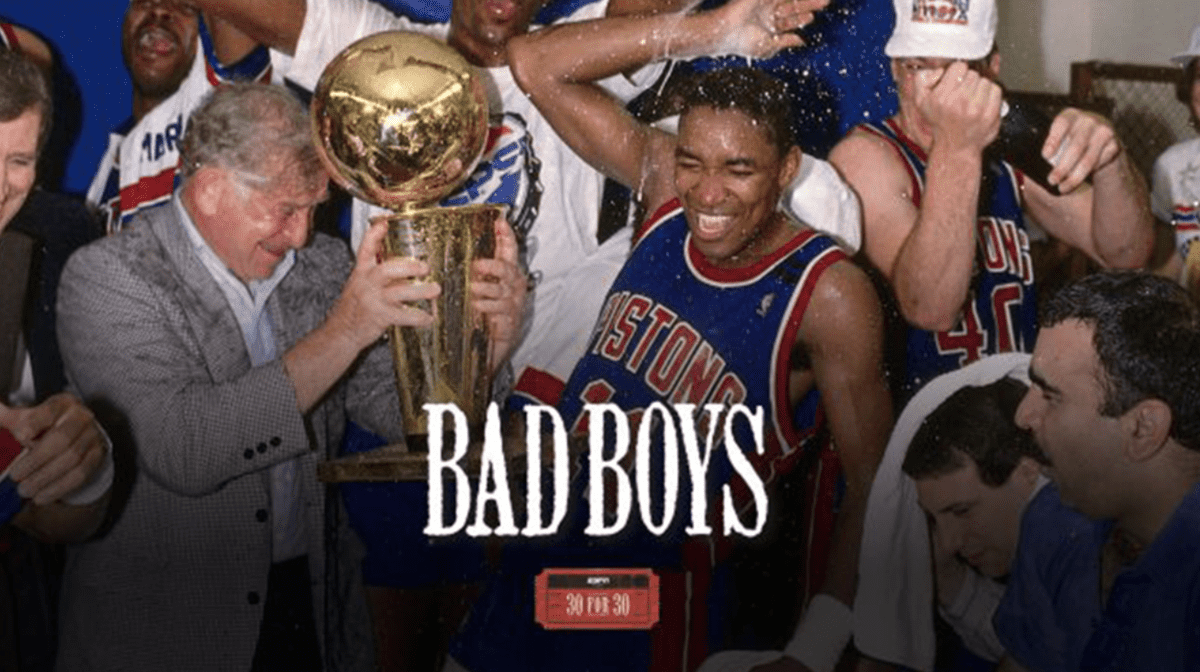 Since its launch in 1990, the Hubble Space Telescope has captured thousands of stunning images of space, revolutionized our understanding of the universe and become a global icon. To mark its 25th anniversary, National Geographic Channel tells the definitive story of NASA’s most successful science project ever, in Hubble’s Cosmic Journey, narrated by Neil deGrasse Tyson. 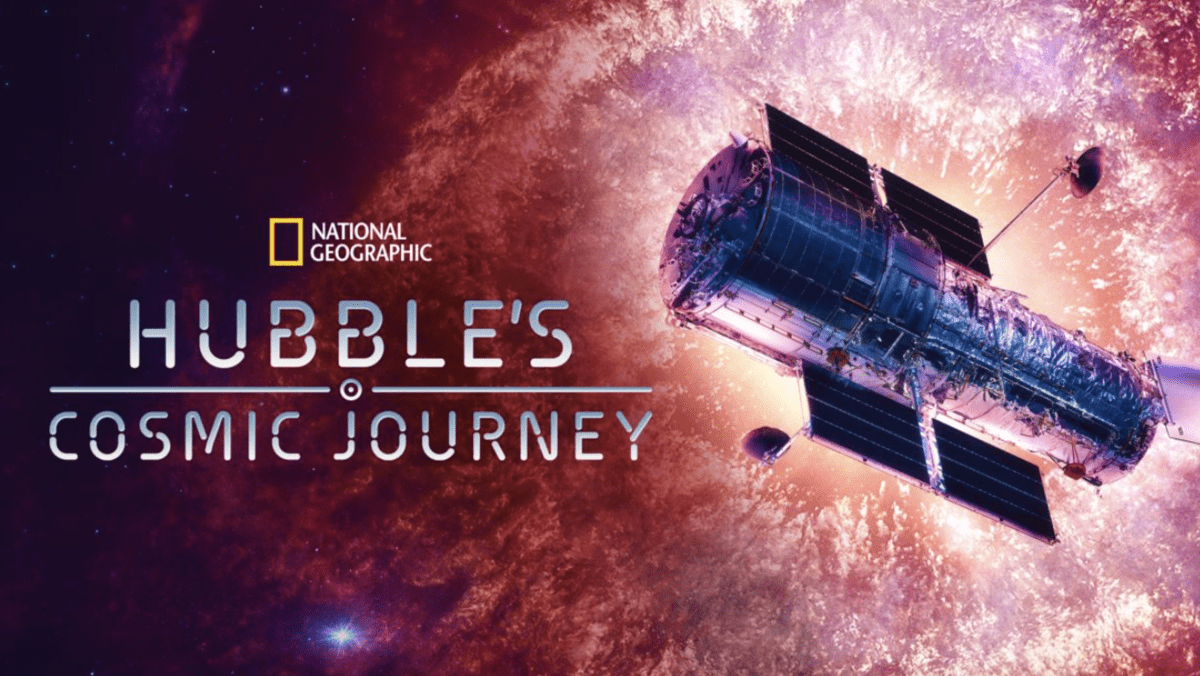 At this moment, three billion miles away, NASA spacecraft New Horizons speeds through the outer solar system at ten times the speed of a bullet. It is headed where no spacecraft has ever gone before: the last great, uncharted realm of our solar system called The Third Zone. There it will intercept the last unexplored world, the ninth planet, Pluto. No-one yet knows what Pluto really looks like, but one thing is certain: it looks set to revolutionize planetary science forever, because it could answer some of the biggest questions about how our solar system evolved and, ultimately, how the earth was formed. 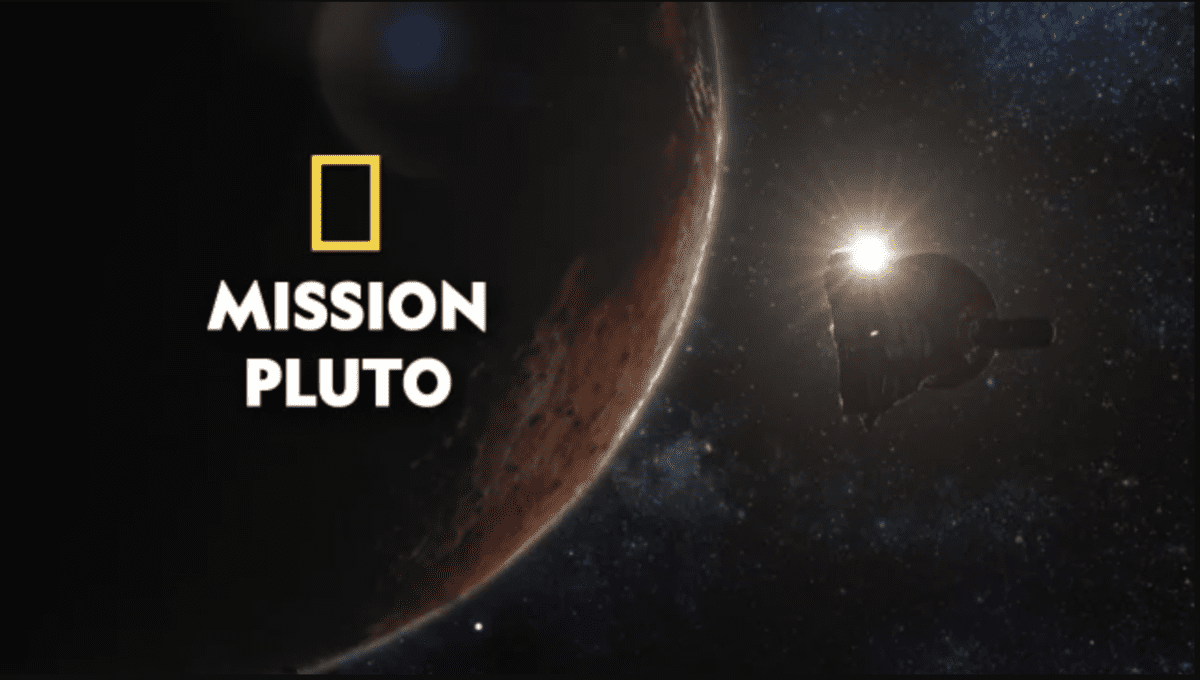 For a decade, Dwyane Wade intimately documented his life and career with a film crew. The result is a remarkably candid portrait of one of the greatest NBA players of all-time.

And there you have it! When Disney says that Disney+ has something for everyone, they really mean it. From Marvel to Star Wars, classic reboots and twists on new tales, you’ll be sure to find something new to love this month on Disney+.

2022-05-01
Krysten Swensen
Previous: Snack Your Way Through EPCOT!
Next: Walt Disney’s untimely death led to a company cover-up and to new policies in its films