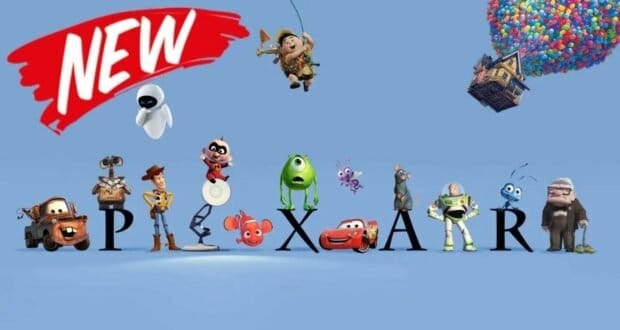 A NEW Pixar Film Is on the Way! Disney Reveals Details

As we prepare to roll into summer, Disney and Pixar fans are gearing up for the newest film to drop in June known as Lightyear, releasing on June 16, 2022. But, Disney has its sights on 2023 for a new film we’re getting a first look at with details and art concept below.

Disney and Pixar have found themselves in a dose of controversy as it has recently been confirmed that a same-sex kiss will appear on screen in the Buzz Lightyear-themed film. With some for and some against Pixar’s decision to allow the kiss in the film, the debate if Lightyear is a true children’s movie is underway.

Regardless, Disney and Pixar are ready to push forward into 2023 as they have revealed a brief story behind their new film currently in the works titled Elemental.

RELATED: Locations From PIXAR Films You Can Visit RIGHT NOW In Real Life

Disney took to social media to share the details of Elemental noting: “In a city where fire, water, land, & air residents live together, a fiery young woman & a go-with-the-flow guy will discover something elemental: How much they have in common. Directed by Peter Sohn and produced by Denise Ream, Disney and Pixar’s Elemental releases June 16, 2023.”

That’s right, the animated film, Elemental, will debut on June 16, 2023, exactly one year after Lightyear‘s theatrical release on June 17, 2022.

Disney went on to share a FIRST LOOK art concept: “Check out this all-new concept art from Disney and Pixar’s Elemental. See the movie June 16, 2023!”

RELATED: Even Diehard PIXAR Fans Don’t Know These Things About the Studios’ Films

The art concept somewhat has an Inside Out (2015) vibe in our opinion. Despite the natural differences between fire, water, land, and air, we’re super intrigued to see how Disney and Pixar pull the elements together, including this unlikely pair of water and fire, in one community.

With so few details on this Pixar project, it’s hard to know what to expect from Disney and Pixar’s Elemental. We will however be sure to share further details as soon as Disney reveals them!

2022-05-16
Jamie Sylvester
Previous: Love Writing & Talking About Disney? DisneyDining is HIRING!
Next: Disney has a secret dining room, but you’ll need a little luck & a lot of patience to get in. Oh, and you’ll have to crack the code.