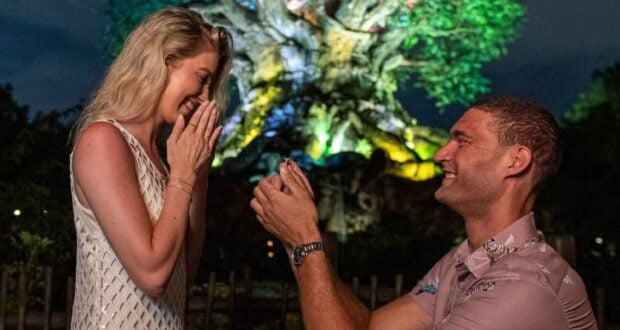 We’re Disney fans, so of course, we love a good happy-ending story, and that’s precisely what NBA player Brook Lopez has brought us this week.  This long-time Disney enthusiast spends as many milestones at Walt Disney World as he can (we can relate).

It only makes sense then that when it was time to pop the question, he chose to do it at Walt Disney World! On Monday, Lopez and his long-term girlfriend Hailee Strickland visited Animal Kingdom. Spending time at Disney’s most beautiful Park is magical enough, but when Lopez got down on one knee to propose, Strickland couldn’t hold back the happy tears. What makes the moment even more remarkable is that Lopez chose to ask Strickland to marry him exactly 13 years to the day after the couple first met at Animal Kingdom!!!! 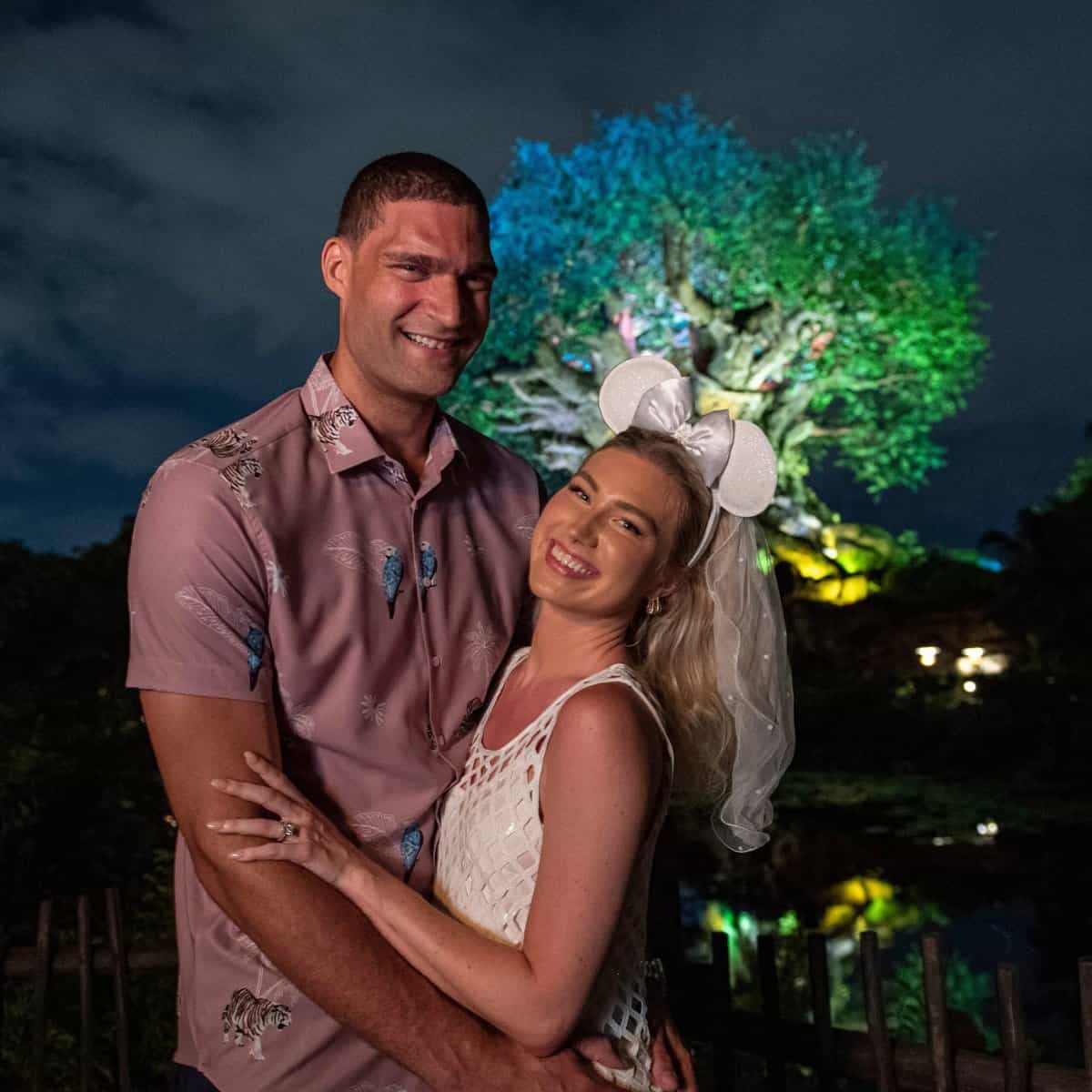 After the sentimental proposal, the couple dined at Tiffins, Animal Kingdom’s only signature restaurant (and one of our favorites). Later that evening, Strickland donned a pair of Minnie Mouse bridal ears to match her white dress, and the couple had an engagement photo shoot. Aren’t they absolutely adorable? They both look so happy.

Lopez has earned the nickname Splash Mountain due to his seven-foot height (yes, you read that right) and his deep abiding love for the ride. He loves it so much, in fact, that last year, when his team, the Milwaukee Bucks, won the 2021 NBA championship, he took the Larry O’Brien trophy to Disney World and rode Splash Mountain with it. That’s some serious Disney love. 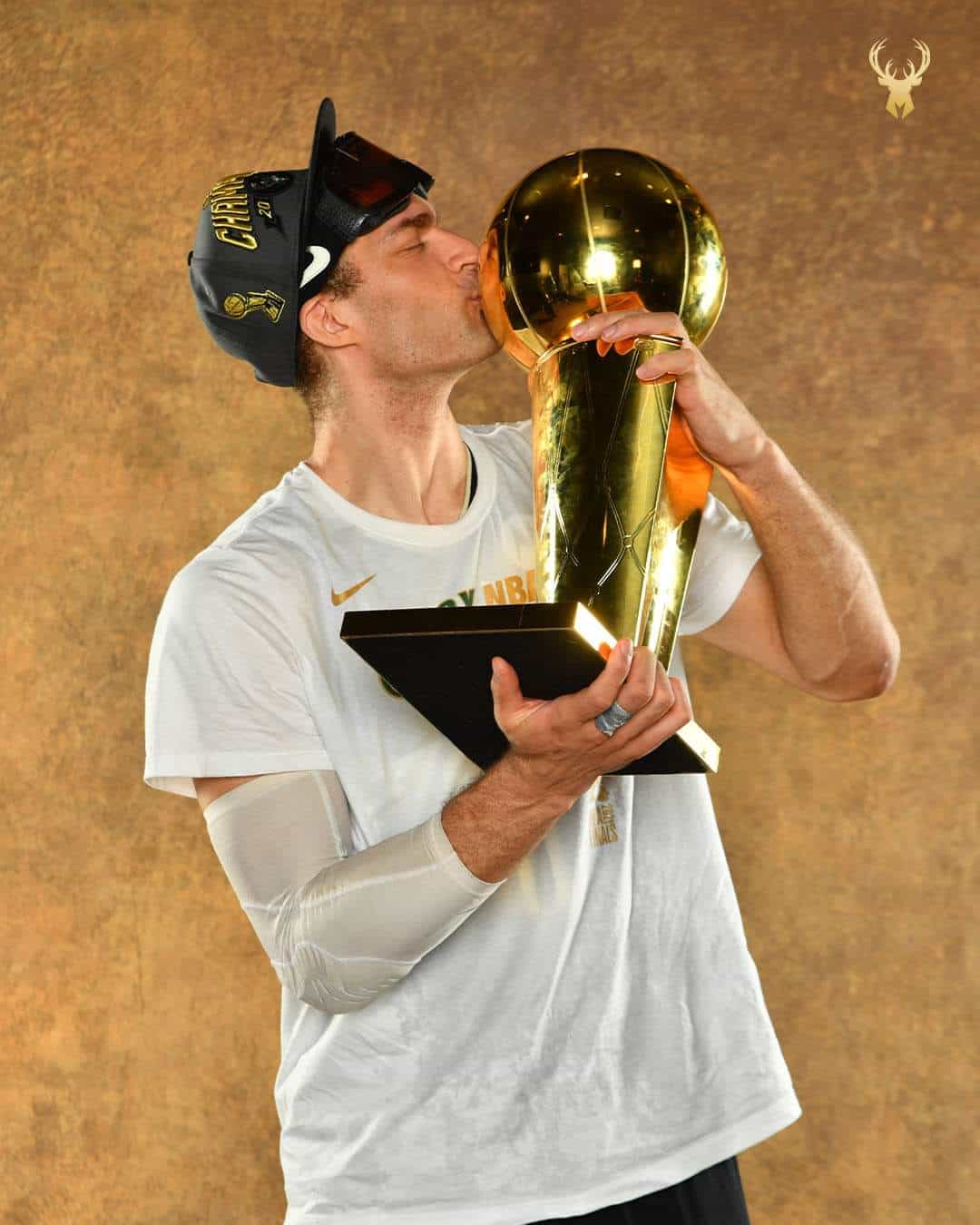 Do Disney proposals make you as misty-eyed as they make us? We are suckers for a Disney happily ever after. We admit that any time we see someone on one knee in the Parks, we always stop to watch (though we’d never do what this person did).