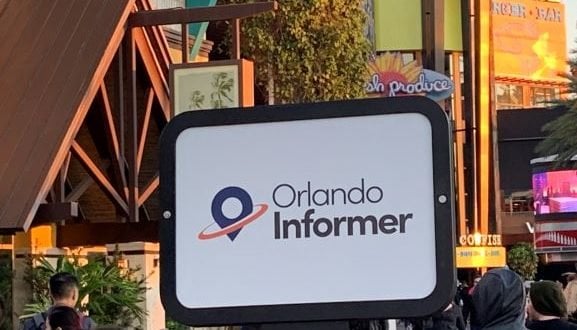 Update: The May Orlando Informer Event has been rescheduled. The new dates are December 5-6 and December 11-12.

Orlando Informer is, according to their website, a ” vacation planning resource”. They have strong ties to Universal Orlando Resort. From time to time they hold an Orlando Informer Meetup. My daughter and I attended the event on Friday, February 28. We were not there as official media, we were gifted the tickets by a friend of my daughter’s who knows that we love visiting the theme parks together. Even though we were not there as media, I wanted to share our experience with the Disney Dining readers. This event was that good.

I am a huge fan of the Disney After Hours events at Walt Disney World. The Orlando Informer Meetup was along those same lines, but on a grander scale. Universal Studios and Islands of Adventure both shut down early, and then the two parks were open only to Meetup guests. A limited number of tickets were sold, so there were short lines all night long.

Guests could enter one of the two parks starting at 5:00 with their Meetup tickets. The actual event began at I believe 8:00. If you go in the future, check to see what time the two parks are closing, and start your evening at the one that closes first. The event ran all the way until 1:30am. Some of the rides did close earlier than that because there is a noise ordinance in the county.

This is a great way to visit Universal! Arguably the biggest draw at the two parks is the Wizarding World of Harry Potter. For those who don’t know, this is split into two different lands. You will find Diagon Alley at Universal Studios, and Hogsmeade at Islands of Adventure. You can take the Hogwarts Express between the two parks to get from one place to the other, but most of the time you need a park-to-park ticket in order to do that. If you’re only planning on visiting for one day, it will cost you $174. Since both parks were open for the Orlando Informer Meetup, it was easy to explore both parts of the Wizarding World of Harry Potter. The best part of all is that there were no crowds. Usually it’s hard to make your way through these two sections, but we did not have that problem at all on Friday night.

There were short wait times for most rides all night long. The only line that we waited in was for Hagrid’s Magical Motorbike Adventure at Islands of Adventure. We waited for a little over an hour for this one, but we got in line towards the end of the night and many guests had the same idea. I heard of others who waited about 30 minutes. This ride is worth waiting for. It was my first time riding, but it will not be my last. There were over 25 rides and attractions open for the event, and my daughter and I did everything that we wanted to.

We did not need to worry about going hungry at the Orlando Informer Meetup. Food was included. Lots of food. Many of the restaurants were open, and all that you needed to do was to show your wristband and you could have what you wanted. Non-alcoholic beverages were included, and for those who wanted a drink there were several outdoor bars set up for an extra cost. If you wanted a snack instead of a meal, there were plenty of choices. You could get pretzels, popcorn, churros, ice cream, and more. In the two Harry Potter sections Butterbeer was included. Those who showed up early did not need to worry about getting hungry. Meal tickets were given out so that they could grab a bite to eat before the event officially started. I’m sure that some people were able to recover the cost of their tickets in food alone.

There was one other surprise for my daughter and me. Her friend also gave us a card that had a return time on it. At that time we were to head to Pteranodon Flyers. This ride is like the Holy Grail of rides for adults, because if you are over 56 inches tall you usually must ride with someone who is 36 inches to 56 inches. I’ve seen people on Facebook beg total strangers to let them borrow a child because it is the only ride that they have never been on. Not everyone was given one of these golden tickets, I’m not really sure what the criteria were. I’m just glad that we finally had a chance to ride. It was as good as we hoped it would be.

Each Orlando Informer Meetup has an extra of some type. The night that we went featured an area that they called the Voodoo Lounge. It was held in Central Park, and there were people in costumes and some fun lighting and smoke effects.

Employees at Universal Orlando are known as Team Members. Those who were working the Meetup were incredible! I don’t think that we ran across one who was cranky or rude, even though they were working so late. We talked to a lot of very nice people, and almost everyone had a smile on his or her face. They made a great night even better. Our thanks to them for all of their hard work.

This Orlando Informer Meetup was held on both February 28 and 29. You could purchase a ticket for one of the two nights, or go to both. This was the ninth time that Orlando Informer held this event, and the next one is scheduled for May 29 and 30. The cost is $188 per night or $309 for both nights, but there is a discount if you buy by March 4. Considering the cost of a one-day park-to-park ticket and that food is included, this is an incredible deal. Thanks to my daughter’s friend for thinking of us. We both had a wonderful time, and this is one event that I would not mind doing again.