Who did the ghost take to the Halloween dance? Give up? His ghoul-friend!

Where do ghosts go swimming? Do you know? Lake Erie and the Dead Sea!

These are just a few of the awesome Halloween jokes from Fozzie, according to a post in 2011 from babytoboomer.com. Can you imagine how fun the Muppets’ all-new spooky special, inspired by the Disney Parks Haunted Mansion attractions, is going to be when it drops on Friday at the Disney+ platform?

Ok, so maybe we won’t base how great we think the special will be on how “great” Fozzie’s jokes are, but we’ve learned enough about Muppets Haunted Mansion to know that the first-ever Muppets Halloween-themed movie is going to be good! We shared a clip from the film with you yesterday, and here’s another little tidbit to hold you over until Friday:

“Dead prawn walking.” How can we not love Yvette Nicole Brown?

She’s featured in this clip, along with Gonzo the Great and Pepe the Prawn. The “brave” Muppets are on their way to the Haunted Mansion, and Brown plays the role of the hearse driver. When they arrive and Gonzo asks about scheduling a time for her to return to pick them up the next morning, she simply says, “That won’t be necessary.”

She drops visitors off, but for some reason, she never picks anyone up from the Haunted Mansion. (Cue the spooky maniacal laughter, the streaks of lightning, and the claps of thunder.) 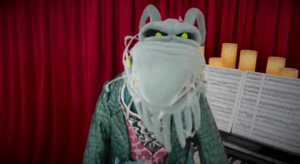 The new special will be streamable on Disney+ beginning Friday, October 8, and we’re sure we can expect all the silliness and hijinks for which the Muppets are known. The movie marks the Muppets’ first-ever spooky-themed special, and we can’t wait to see whether the fearless Gonzo the Great will stay fearless throughout his night at the Haunted Mansion. 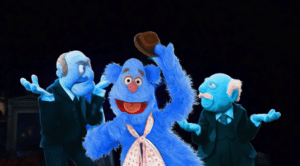 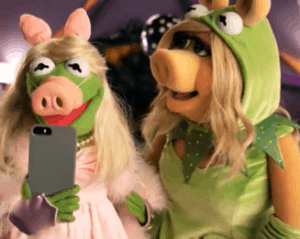 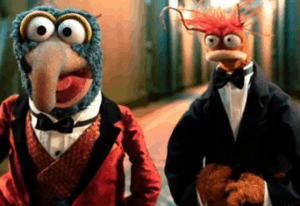 And will he be there for a hearse pick-up the next morning? We’ll know on Friday!