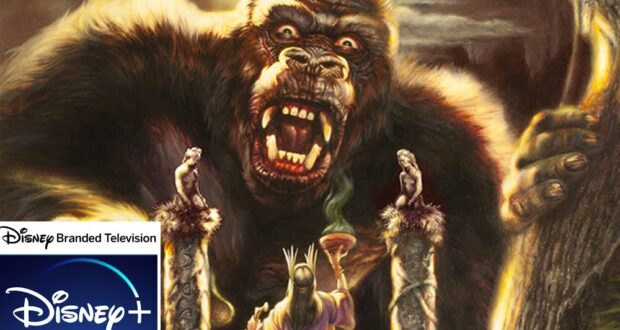 Move over Universal. King Kong has big Disney plans! It looks like the classic movie monster King Kong will be coming to Disney+! The show is in its early development, but a deal has closed for the project from James Wan’s Atomic Monster. This will be the first live-action TV series set in the King Kong universe! 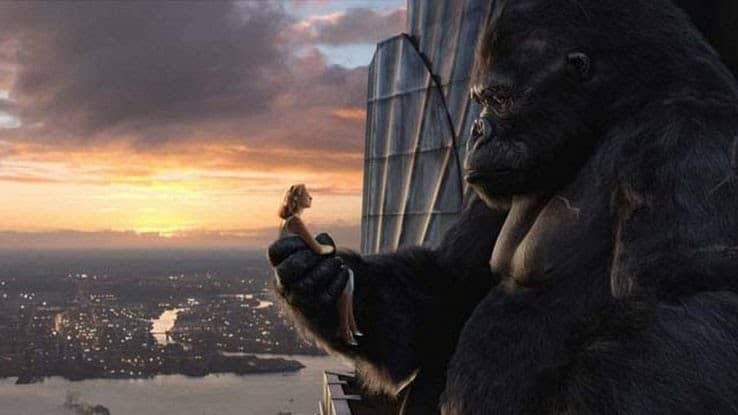 The show will be based on a new book series by Joe DeVito, who also wrote a previous series based on the iconic giant ape-like monster. The show will be written and produced by Stefany Fulsom. An earlier attempt by MaraVista Entertainment to bring King Kong to TV screens was reportedly in the works five years ago but fell through.

According to Deadline, “the serialized action-adventure drama that brings the classic monster story into the modern age, with a return to Skull Island and the dawn of a new Kong. The series will explore the mythology of King Kong’s origin story and the supernatural mysteries of his home based on IP from Merian C. Cooper’s original books and the new King Kong novelizations by Joe DeVito.”

When this show comes to Disney+, this will mark the 3rd Universal Studios property to be owned (or used) by Disney. King Kong has a long history at Universal parks with Kongfrontation in the 90s and, more recently, Skull Island: The Reign of Kong at Islands of Adventure. Given Universal’s rise in popularity among Disney Park goers, we can’t help but wonder if Disney’s strategy is “if you can’t beat ’em, own ’em.” Rights to King Kong are a bit murky. A Google search produces several different results ranging from public domain (it isn’t)  to Warner Brothers. The most accurate information we could find was that the classic monster is still owned by its original Cooper House at RKO Radio Pictures, so it’s likely that Disney will not own the property in its entirety, just the publishing rights.

No release day has been announced yet as the show is still in very early development.

Are you excited to see this classic movie monster come to the small screen? We can’t wait to see what destruction and mayhem King Kong will cause when he comes to Disney+.