Move Over Disney, Another Theme Park Is Entering the Popcorn Bucket Game!

When you think of holidays at Florida theme parks, many people think of celebrating at Walt Disney World Resort. However, not too far away from the Most Magical Place on Earth, is the Universal Orlando Resort where they celebrate the holidays, and they celebrate big. Holidays at Walt Disney World Resort begin on November 11 and holidays at the Universal Orlando Resort begin one day later, on November 12. 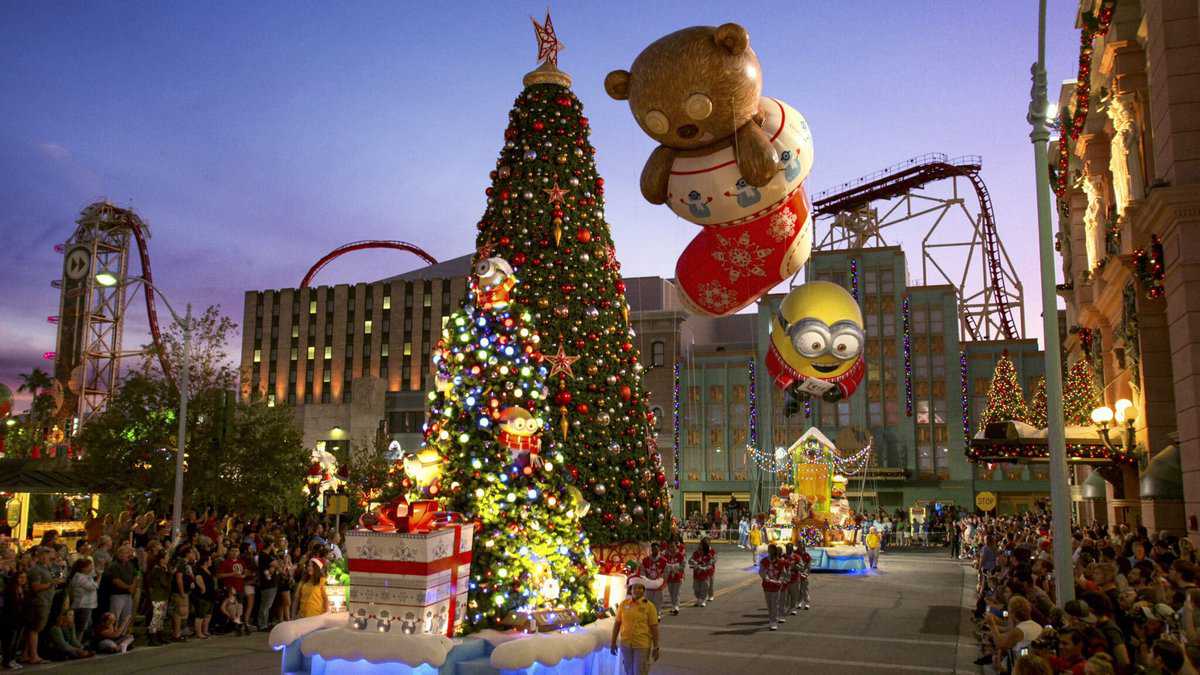 There are a ton of fun activities being offered at Universal Orlando this holiday season and, unlike at Walt Disney World, you don’t have to pay extra for most of them. There will also be a lot of great food and merchandise available during the season, and Universal has decided to jump into a game that Disney is really great at — popcorn buckets.

Spectrum News reporter Ashley Carter shared a first look at not one but two Christmas popcorn buckets available at the Universal Orlando Resort this year.

Some of the merchandise available during Universal Orlando’s holiday celebration include Grinch and Minions-inspired popcorn buckets.

Some of the merchandise available during Universal Orlando's holiday celebration include Grinch and Minions-inspired popcorn buckets. pic.twitter.com/0jgG4WQpYu

If you are heading to the Universal Orlando Resort to celebrate the holidays, snag a popcorn bucket and enjoy the other fun activities offered. Every day, Universal will have the Universal Holiday Parade featuring Macy’s, Universal’s very own version of the Macy’s Thanksgiving Day Parade. There will be floats featuring some of your favorite Universal characters, including the Gingerbread Man from Shrek and Minions.

If you are more of a Harry Potter fan, then head to Hogsmeade each night and watch a gorgeous projection show in front of Hogwarts School of Witchcraft and Wizardry. The Magic of Christmas at Hogwarts Castle will be shown multiple times per night (weather permitting) and include festive music and fireworks.

Of course, Universal would never forget about their favorite Christmas icon — the Grinch! Head over to Whoville, where you can meet and Grinch, and celebrate Grinchmas. If you’re lucky, you may even be able to see the Grinch spending time with his loyal dog, Max. While in Whoville, you can also hang out with some locals Whos and hear the retelling of Dr. Seuss’s famous tale, How The Grinch Stole Christmas.

One of the most unique parts of the holiday celebration at Universal Orlando is the presence of the hit band, Mannheim Steamroller. On select nights in December, Mannheim Steamroller will be performing Christmas classics — with the band’s signature spin — and you don’t need a special ticket to see them.

The holidays will definitely be merry and bright at Universal Orlando Resort! You can read more about the celebration by clicking here.

2022-11-09
Krysten Swensen
Previous: ‘Lightyear’ Star Is People’s Sexiest Man Alive
Next: Disney Park Passes Continue to be Blocked as Tropical Storm Nicole is Expected to be Upgraded to a Hurricane