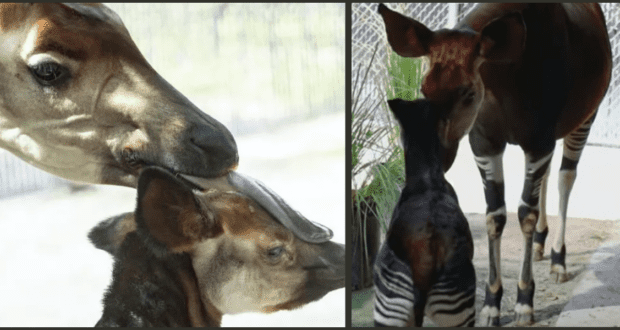 Today’s daily dose of “aww” is brought to you by Animal Kingdom Lodge. The resort hotel at Walt Disney World is home to over 30 species of animals, each living in one of the resort’s 4 Savanna habitats. There are more than 200 animals here, and they recently just grew by one more! In July, Beni the Okapi was born to mom Olivia, and the pair have been kept backstage to nurse and bond. The Animal care team at the Lodge is ensuring he hits all the milestones of a growing okapi. In the coming months, he’ll make his way to his forever home- the Pembe Savanna! 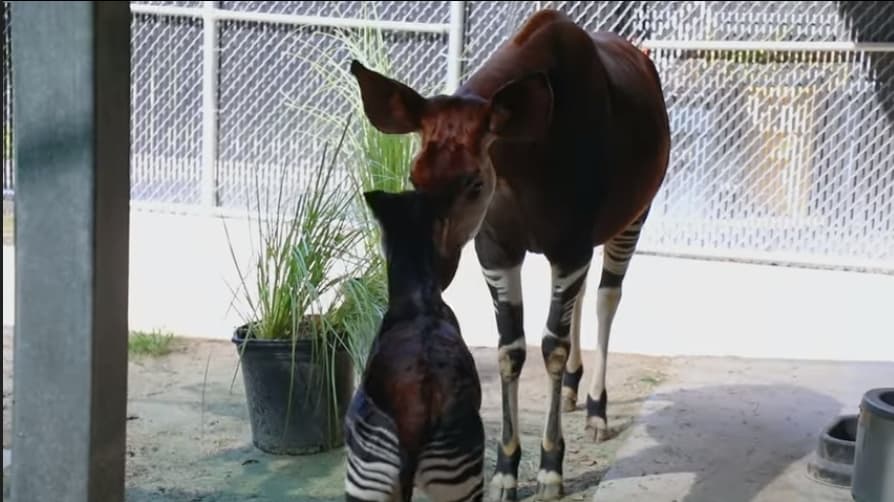 Though he isn’t out on display yet, Disney Parks Blog has given us a look at the baby Okapi just in time to celebrate World Okapi Day on October 18! Beni, whose birth was encouraged by the Association of Zoos and Aquariums’ (AZA) Species Survival Plan, is the twelfth Okapi born at Walt Disney World and is the fifth born at Animal Kingdom Lodge! 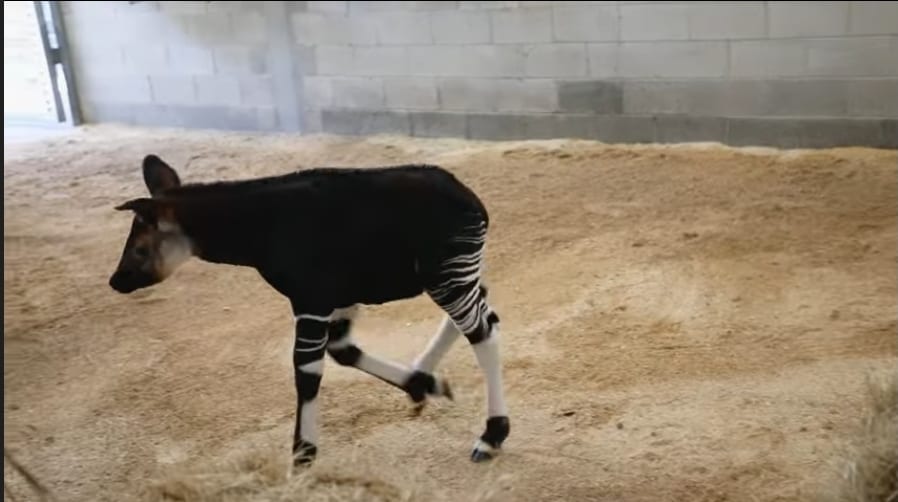 Okapis are an endangered species and are highly elusive. They shy away from predators and, as such, are nearly impossible to spot in the wild. This is because the black-and-white stripes on their hindquarters and front legs help camouflage them among the trees. Fun fact: even though they look sort of like zebras, they’re actually closely related to giraffes! They’ve been nicknamed “Ghosts of the forest” because they hide so well. In fact, these animals are so shy and hard to spot they were considered a myth until 1901! Beni is the first calf to be born at Walt Disney World since 2018. He currently weighs just under 100 pounds and stands slightly over three feet tall from hoof to shoulder. Eventually, he will grow to be between five and six feet tall and up to 650 pounds! The keeper year at Animal Kingdom Lodge named him after a town in the Democratic Republic of the Congo (DRC), which happens to be the only country where the endangered okapis are found in the wild. 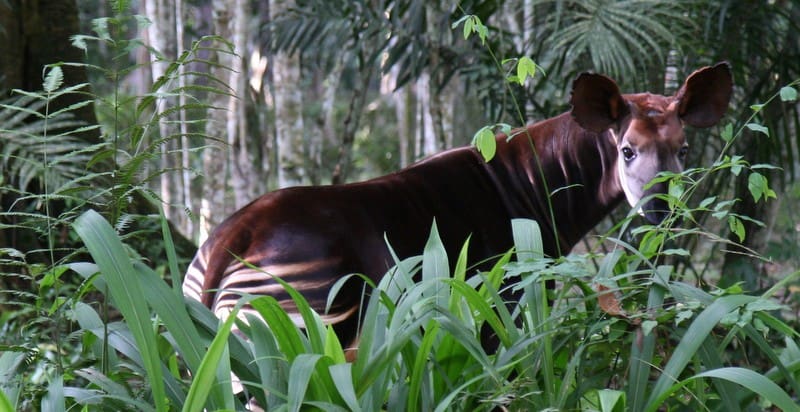 There are only an estimated 20,000 okapi in the world, as their population declines due to poaching and habitat loss.