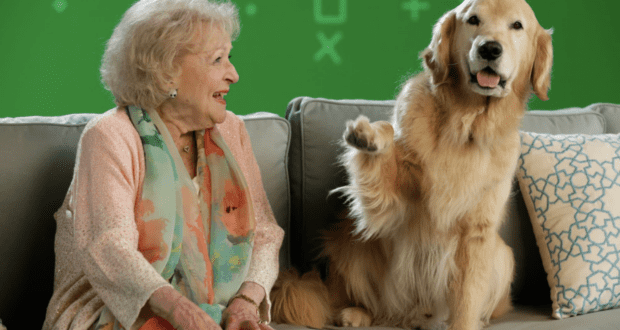 Massive donations pour into Animal Shelters around the globe, thanks to the “Betty White Challenge”

Legendary funny lady and actress Betty White would have celebrated her 100th birthday on January 17th. 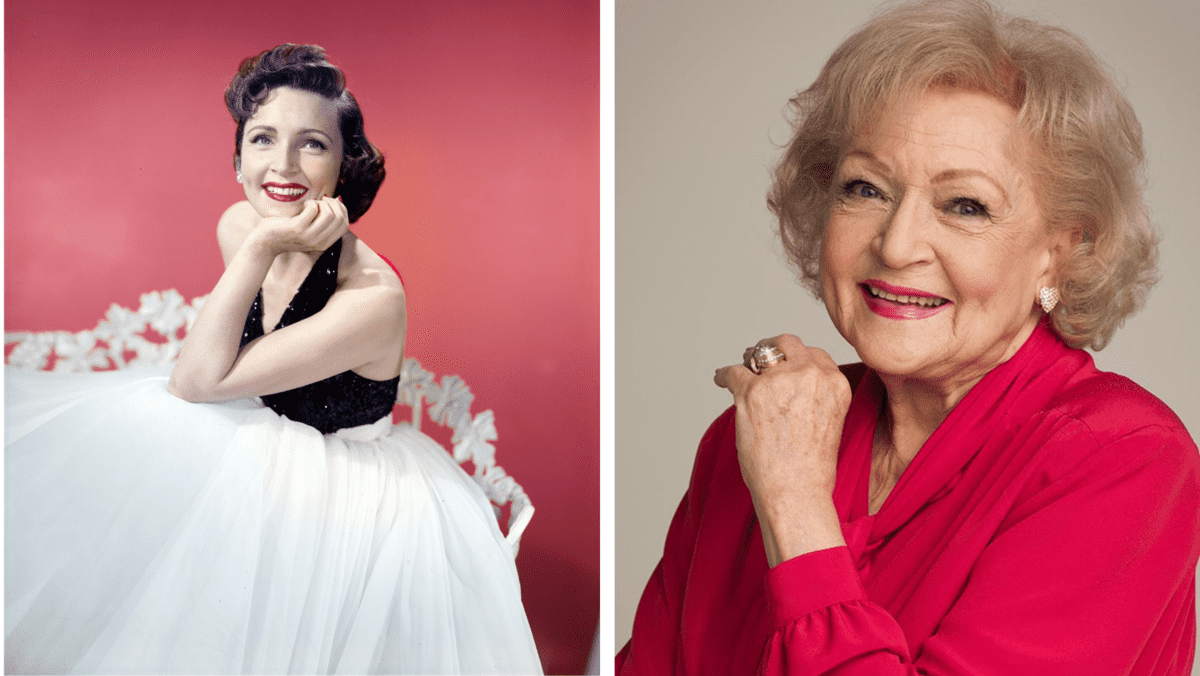 She passed away on New Year’s Eve in Los Angeles just weeks after an announcement was made that she would be (virtually) celebrating her 100th birthday with her fans, as more than 900 theaters across the country were on tap to participate in the Fathom theatrical event called Betty White: 100 Years Young – A Birthday Celebration.

According to Fathom Events, the late Betty White had given filmmakers access to create a special production about her life:

“White granted exclusive access to filmmakers Steve Boettcher and Mike Trinklein in the making of this special movie event. It offers a revealing glimpse into her life-behind-the-scenes on set, working with her office staff, entertaining at home, lending her voice as an animal advocate and, we join her at her actual birthday party, as she celebrates the big day with a star-studded cast of friends that love her!”

Though Betty White passed away more than two weeks before what would have been her 100th birthday, the event was still held in honor of the late actress on January 17th, just as it had been planned.

But another celebration of sorts has taken social media by storm, resulting in an amazing contributive effort by thousands of fans all over the world toward something very near and dear to the late Betty White‘s heart. It’s called simply, the “Betty White Challenge.” 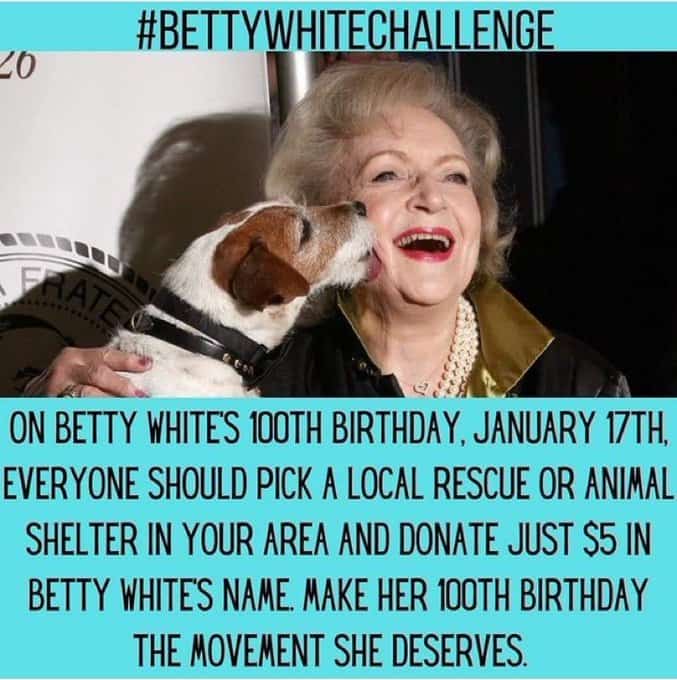 White was known for her smile, her ability to make people laugh, and for her acting abilities. But she was just as well known as an animal lover. and also for her love for animals. Her fans knew this well, and shortly after her death, those fans took to social media to garner support for the so-called Betty White Challenge that was, in reality, a way of honoring the late actress by doing something meaningful for animals and animal shelters all around the world. Jane Newhouse, founder of the Newhouse Wildlife Refuge in Chelmsford, Massachusetts, says her organization received donations of more than $17,000 on Monday.

“Betty was able to inspire kindness and generosity in others, even after her death,” Newhouse said. “In my humble opinion, this is the greatest accomplishment one can ask for.” 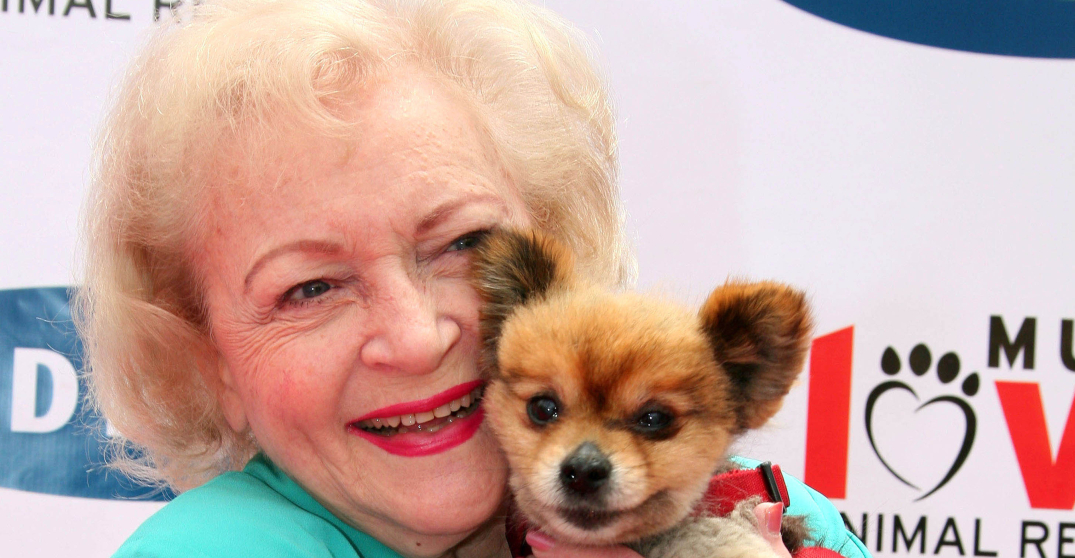 A New England Humane Society located in the state of Vermont reported nearly $13,000 in donations, while a Canadian animal sanctuary drew almost $40,000 in donations in honor of Betty White, the reknowned animal lover.

SPCA St. John’s tweeted a big thank you to donors who gave a combined total of more than $14,000.

We have been inundated with donations in honor of Betty White. We want to say thanks to all of our supporters who donated in her memory yesterday whether it be online or dropping off donations.

What a way to commemorate the life of such a beautiful person🧡#BettyWhiteChallenge pic.twitter.com/kF41iLo8o5

PEOPLE reported that country music star Trisha Yearwood held a virtual event to raise money as part of the Betty White Challenge, and her efforts drew in $24,000, and she was able to do so in just 15 minutes! 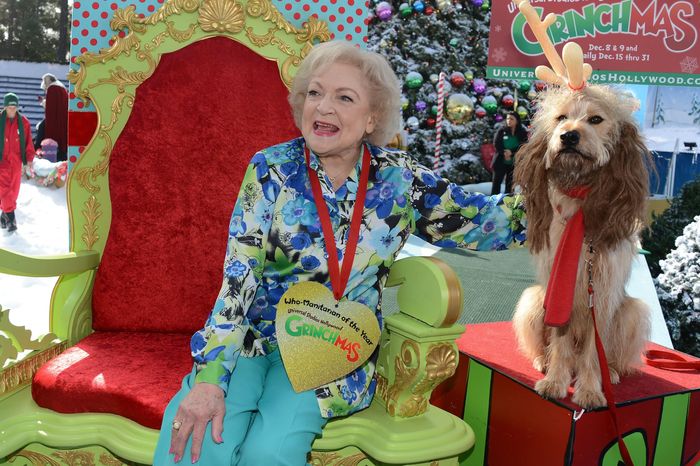 According to GlobalNews.com, several animal rescues and shelters had received donations in the Alberta, Canada, vicinity. In total, fans‘ love for Betty White resulted in close to $200,000 in combined donations for the Canadian organizations: 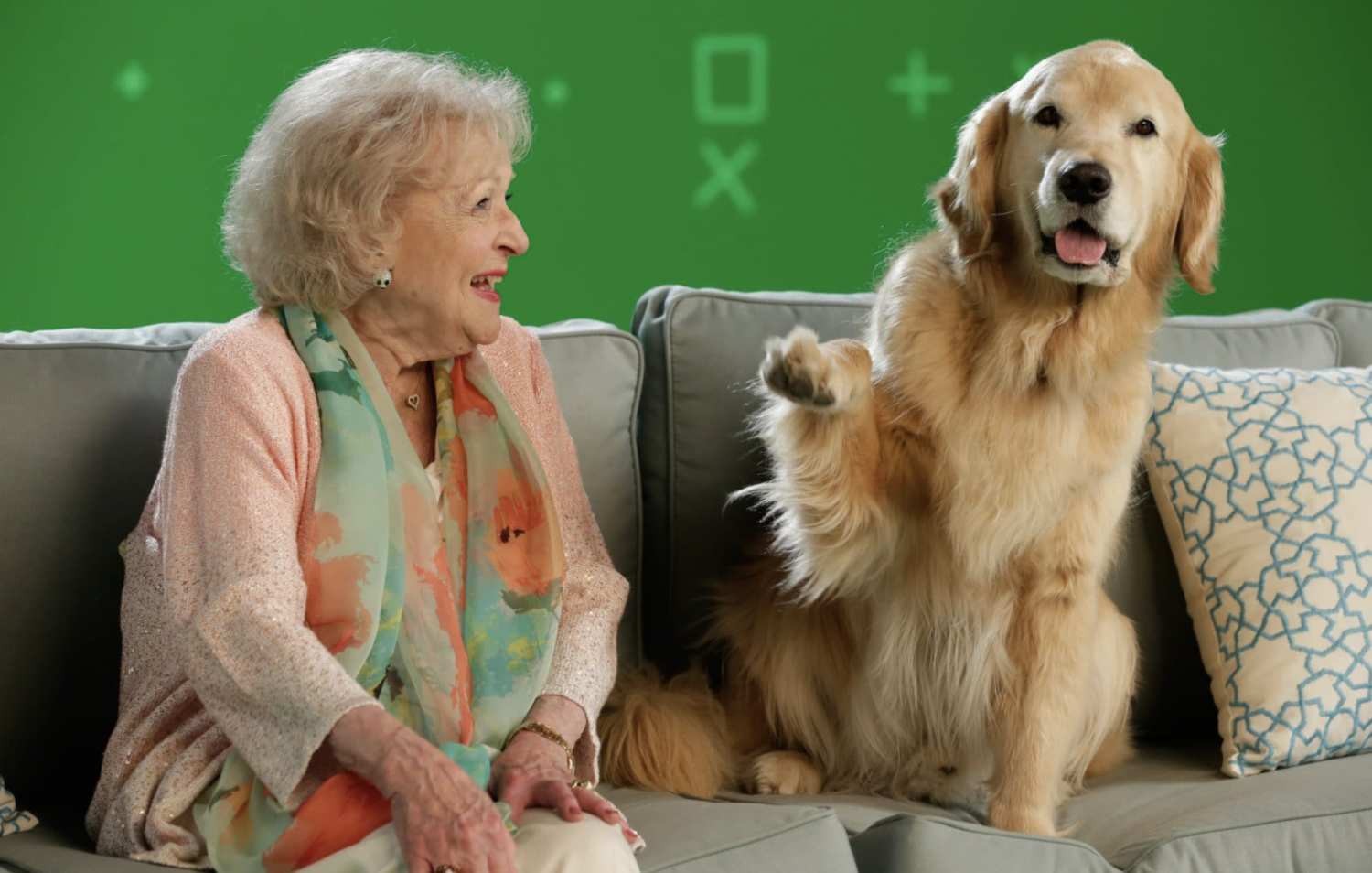 And these are only a few of the humane societies, animal shelter locations, and animal welfare organizations that benefitted from Betty White‘s love for animals and her fans‘ admiration for her.

The Betty White Challenge has been a massive success so far, and we expect to hear even more stories of the outpouring of donations from those who love animals and loved the delightful golden girl we knew by the name of Betty White.

May she rest in peace, and may her legacy continue to live on.