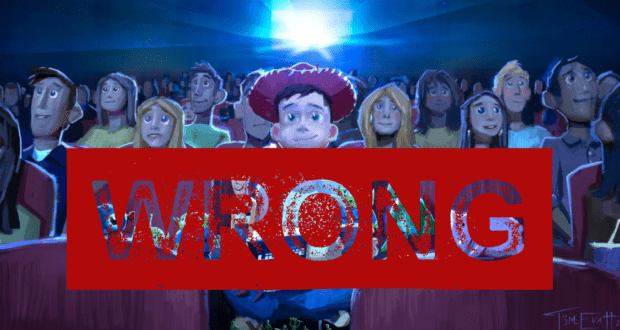 “PIXAR should be embarassed”: Promo art confuses the heck out of “Toy Story” fans headed to see PIXAR’s “Lightyear”

New promotional art created ahead of the release of PIXAR’s Lightyear packs a little heart and a lot of nostalgia for Toy Story fanatics counting down the days to the release of the new film, but it’s also enraging some fans and confusing the heck out of others. It’s a piece of promo art for the new Lightyear film shared on Twitter by @DisneyAPromos (Disney Animation Promos) that features Andy and all of his beloved toys seated in the theater. They’ve come to see Lightyear, as evidenced by the film’s logo on Andy’s popcorn bucket. 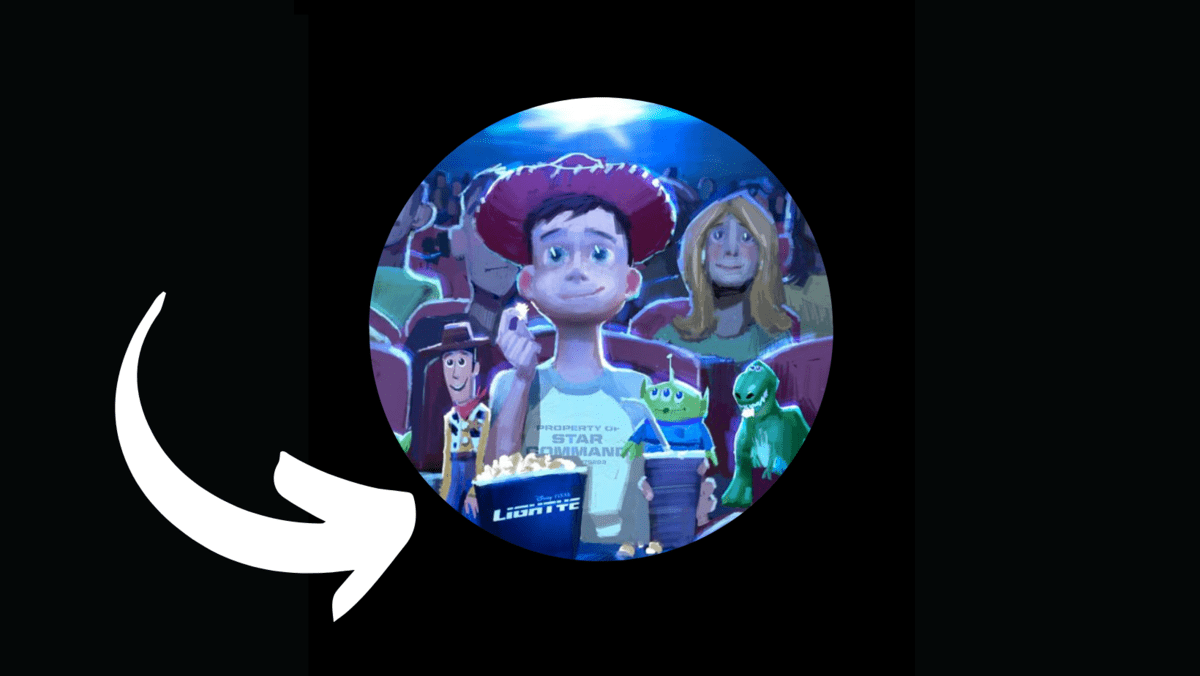 While it’s no Toy Story 5 (darn it), Lightyear promises to finally give those diehard Toy Story fans (this writer included) the inside scoop on just who Buzz Lightyear is–not the action figure, but the actual Space Ranger, named Buzz Lightyear.

In the first installment of the toy-themed film franchise, we’re invited into the home of a little boy named Andy, just in time for his birthday party. It’s a big day; everyone will be there, and a palpable angst among Andy’s playthings looms in the air. (Because the toys are, you know, alive.) 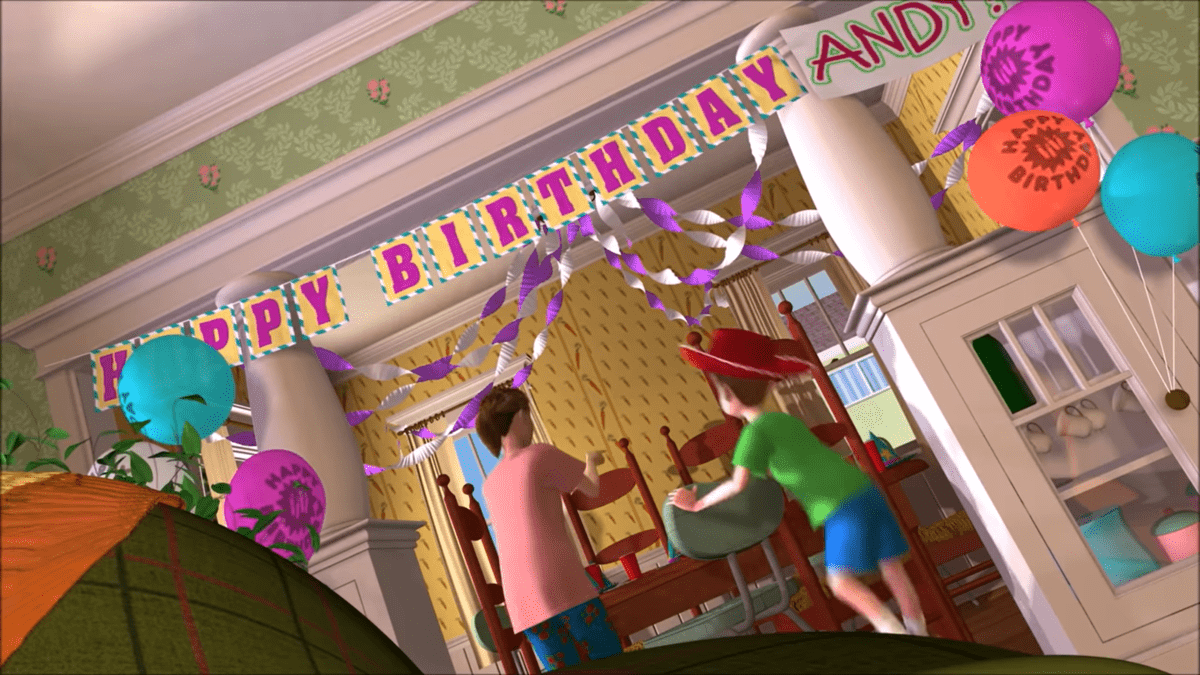 An anxiety-ridden plastic dino named Rex just knows he’ll be replaced by something arriving in colorful wrapping paper that day. The toys, led by Sheriff Woody, congregate in Andy’s room upstairs and–with the help of a Playskool baby monitor–listen in to the party downstairs, awaiting news from the Green Army Men of the arrival of a Toy of the Year that could effectively see them all replaced, forgotten, picked over. 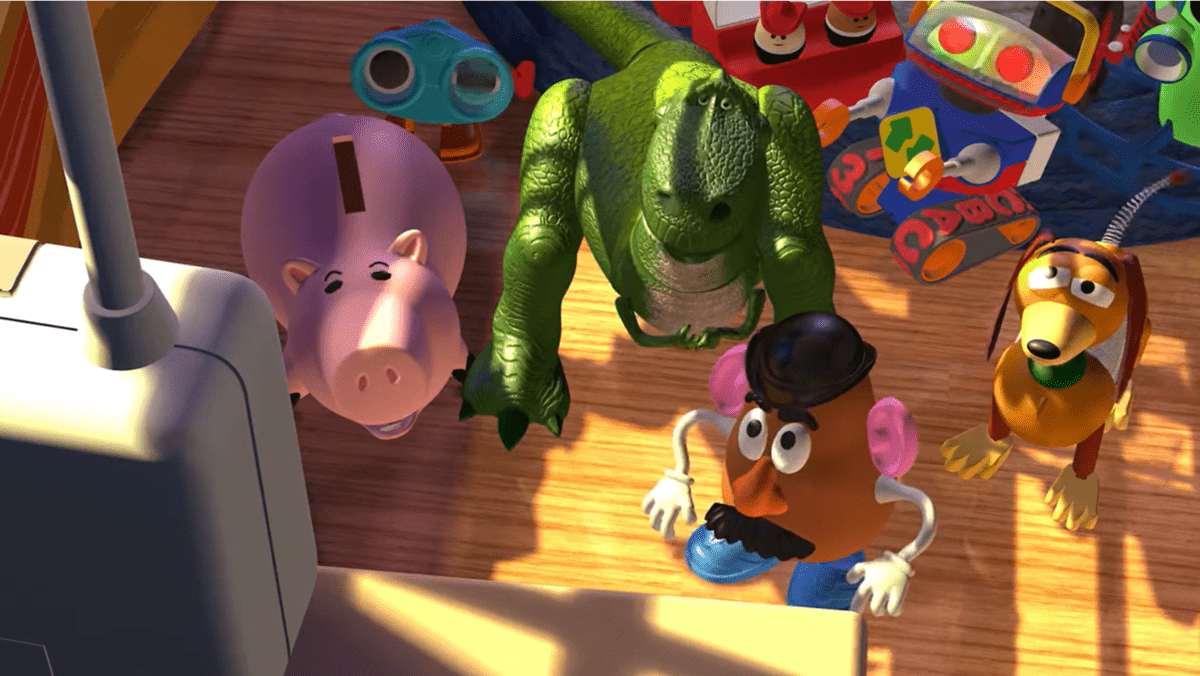 A rush of calm and peace falls over the Mattel- and Hasbro-created crowd as they learn Andy has received all non-threatening gifts–a lunchbox and a board game, to name a few.

But as quickly as it arrived, that rush of calm was snuffed out as Andy’s Mom surprises him with a gift that wasn’t in the stack of gifts from his guests, and the toys’ greatest fears are realized in the arrival of Buzz Lightyear, a Space Ranger whose rendezvous with Star Command has been botched. 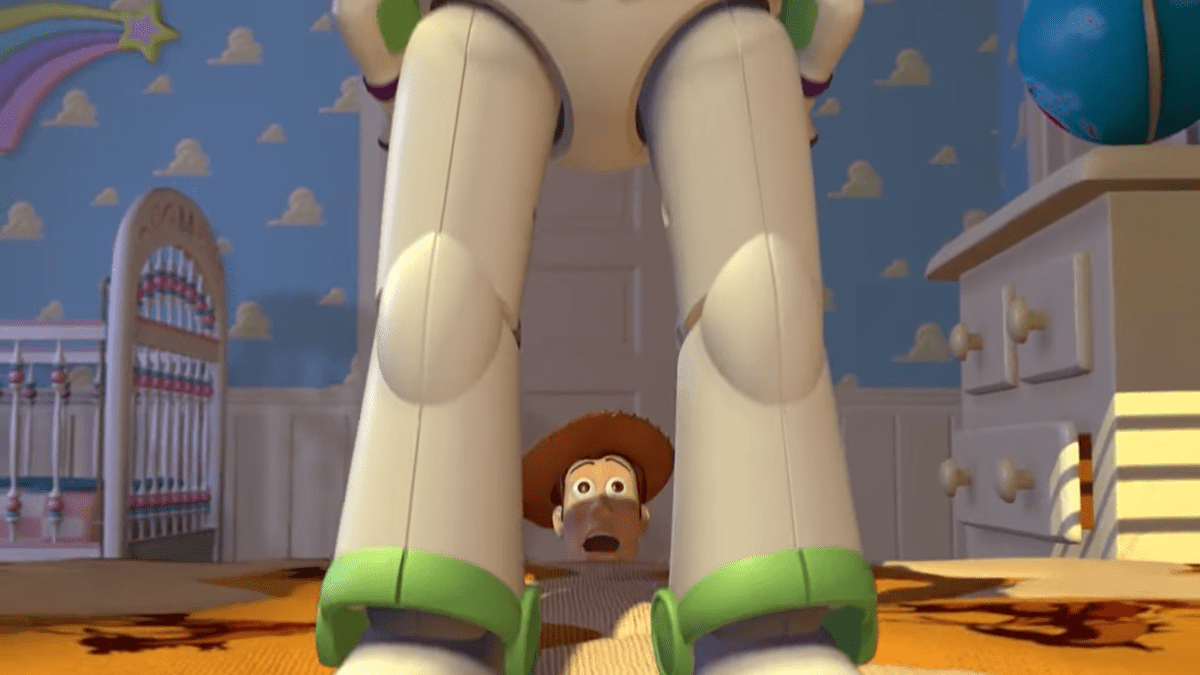 The promotional artwork created for the film is adorable–and gives Toy Story fans the sweet remembrance of “the way it was” when we first fell in love with Andy, Molly, Andy’s mom, Woody, Hamm, Rex, the Green Army Men, Slinky, Bo, and the rest of the gang. There’s only one problem. 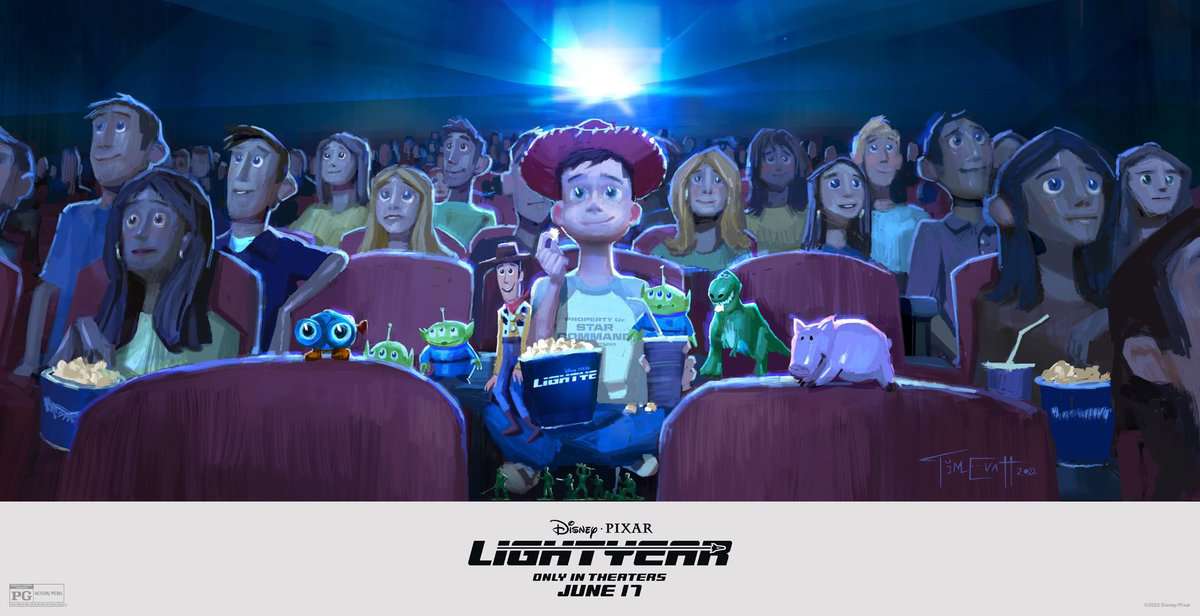 Scratch that. There are actually several problems, as dozens of fans have taken to Twitter to point out.

For starters, the entire premise of the artwork is wrong, as Andy and his toys know nothing of this “space ranger” at the beginning of the first Toy Story film. Since Lightyear is to be an origin story, the presence of Andy and his imaginative entourage at the premiere of Buzz’s film would be completely out of line with the Toy Story canon.

RELATED: Buzz Lightyear is a racist and even wears a MAGA hat 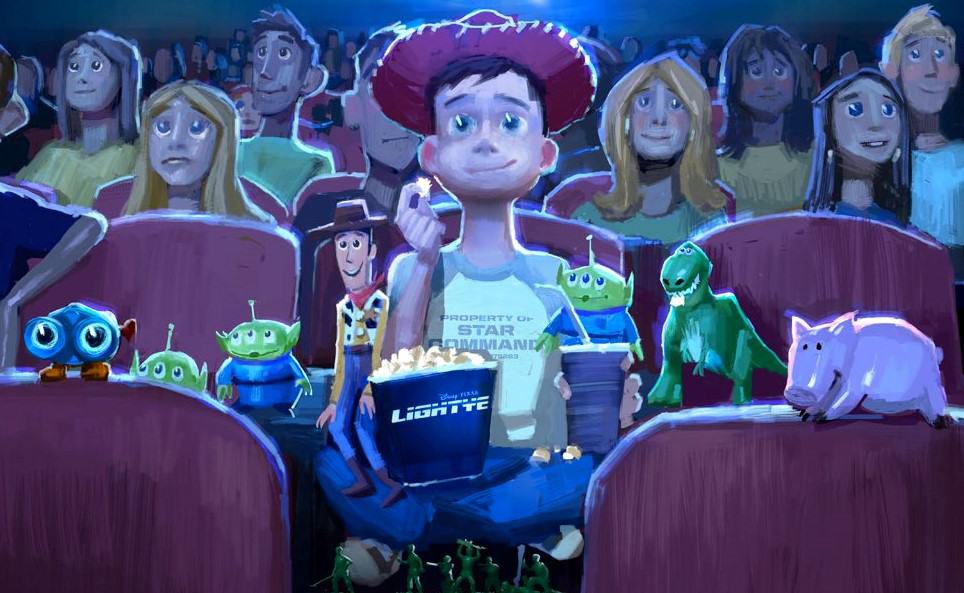 Also, the Little Green Alien Men are seated in the theater with Andy. But they are also an unfamiliar part of the Toy Story group at the beginning of the franchise, meaning that their presence in the theater alongside Andy, Woody, and the gang is also not in keeping with the established Toy Story timeline. 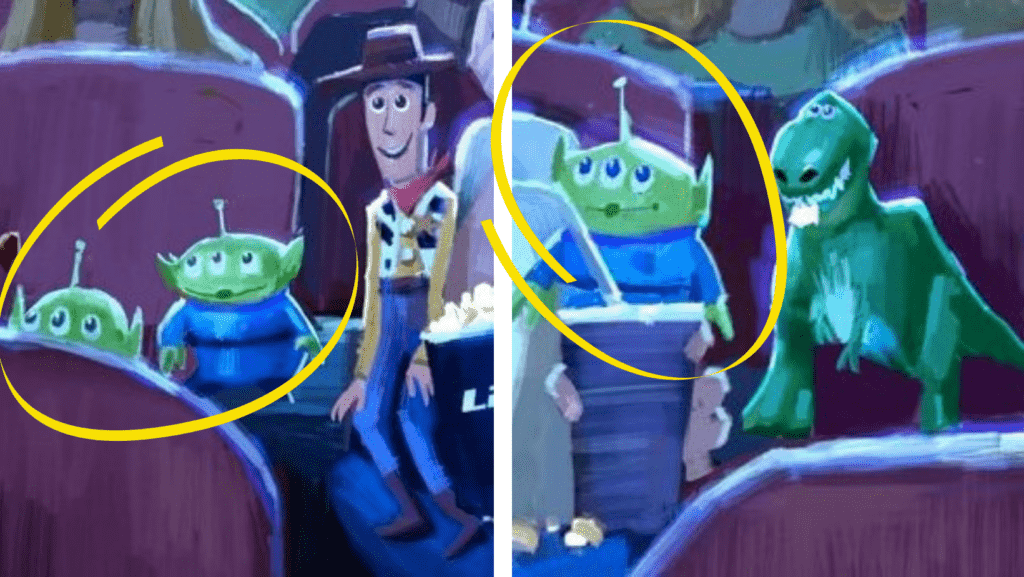 PIXAR’s first-ever “definitive origin story” hits theaters on Friday, and it’s about time–especially since, from the first revelation of the premise of the film, fans have been scratching their heads trying to understand just exactly what the animation powerhouse is trying to pull.

Also worth asking: where the heck are Slink, Bo, and the others, and why didn’t they make the cut?

While Toy Story fans love the idea of pulling in the originals to be a part of the new-fangled, many take issue with the subject matter, pointing out its errors–thus adding to the Lightyear confusion phenomenon.

One fan says, “PIXAR should be embarrassed for this oversight.”

This breaks the timeline of the TS saga, the toys don't know Buzz when he appears in the first movie, and Andy didn't have the aliens yet. Pixar should be EMBARRASSED for this oversight. This totally breaks the realistic immersion and ruins every movie for me. SAD!

Like it or love it, the promo piece for Lightyear has surely already served its purpose, building interest in the new film by igniting talk about the old film.

Lightyear debuts Friday at box offices across the U. S. and Canada.