A lawsuit filed in Nevada last September against Disney by the son of late stuntman Evel Knievel has been dismissed by the judge presiding over the case.

As with most lawsuits, the burden of proof was on the plaintiff, and Judge James C. Mahan found that Kelly Knievel, the plaintiff and stuntman’s son, had not presented enough proof to substantiate his claims.

Kelly Knievel alleged that Disney profited from his father’s likeness in the latest installment of the Toy Story franchise, Toy Story 4, with the PIXAR character Duke Caboom. 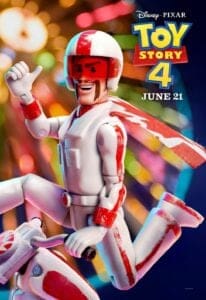 The judge further found that claims that Disney had violated publicity rights were unfounded.

Disney denied any wrongdoing in the case.

In the storyline of Toy Story 4, Duke Caboom is a 1970s action figure from Canada who sports a motorcycle and lives his life in shame over the fact that he wasn’t able to live up to what his commercials said he was capable of doing. 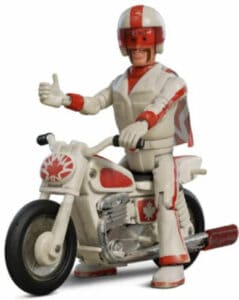 He was a disappointment to his original owner, named Rejean, and must live with those feelings of failure until he meets Woody in a club of sorts in the film. It’s Bo Peep who helps Duke Caboom to see his real worth and value, as she tells him he’s the only toy who can crash the way he does. He ends up playing the part of a hero in his own right, which helps him to re-evaluate his self-worth. 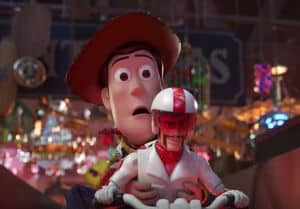 Part of a case like the one filed by Knievel’s son involves not only the question of copyright infringement but also the question of whether there was an attempt to confuse patrons. In this case, did Disney try to confuse consumers with Duke Caboom?

The case will not even go to trial, as it has been dismissed by the judge. The suit had claimed that Duke Caboom looked similar to Mr. Knievel and that the character’s likeness was fashioned into a stunt toy that was sold to promote Toy Story 4 that was very similar to one of Evel Knievel that was released in 1973.

Kelly Knievel, who owns K and K Promotions in Las Vegas, was seeking $300,000 in damages for false endorsement and unjust enrichment.