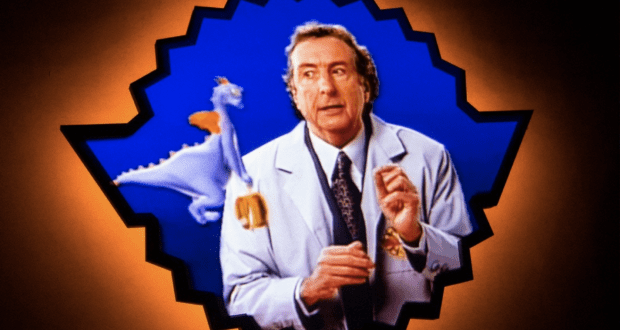 In 1983, Guests visiting EPCOT at Walt Disney World were introduced to a brand-new attraction called Journey Into Imagination. The ride features a man called the Dreamfinder who created a physical form of the figment of imagination — the creation was a little purple dragon with two tiny wings, and big and yellow eyes, and his name was Figment. Although the ride has undergone several refurbishments and changes over the years, Figment has remained and is now a symbol of the theme park. 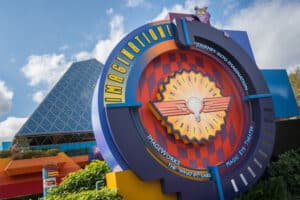 In 2002, the ride opened after another refurbishment and starred British comedian Eric Idle as Dr. Nigel Channing, Chairman of the Imagination Institute. Dr. Nigel Channing tried to take Guests on a tour through the Institute, but the little rascal Figment takes over and teaches Dr. Channing what it really means to use your imagination. From there, anything is possible! 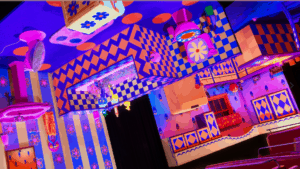 EPCOT is currently hosting the International Festival of the Arts, and one of the most popular items for sale at the event is the Figment popcorn bucket. Guests have been waiting for over 6 hours for a chance to buy the Figment bucket, and scalpers have been going onto websites like eBay and selling the buckets that they purchased for almost $200 (the buckets cost just around $25 if purchased at EPCOT). The new Figment popcorn bucket may just be the most popular bucket Disney has ever released.

Well, it seems that Eric Idle has heard about the Disney World popcorn bucket madness and has shared his own idea for what kind of popcorn bucket he can make. In response to a fan’s tweet that he wanted an Eric Idle popcorn bucket also featuring Figment, Idle responded with his own brilliant and hilarious idea.

Hm. I’m going to make one. Only one. It’ll be a one off. A million and a half dollars.

Even if he was only joking, we are pretty sure that any popcorn bucket featuring Eric Idle and Figment, and made by Idle himself, would sell for whatever price he wanted.

What makes his idea even more hysterical is the fact that, in the past, Idle has admitted that he didn’t even remember filming for the Journey Into Imagination attraction. He admitted that he has never seen the completed version, or visited EPCOT to ride it. Even if he can’t remember, fans remember and love seeing his smiling face and jovial personality whenever they board their ride vehicle to take a trip through the Imagination Institute.

2022-01-15
Krysten Swensen
Previous: Disney Star Has Oscar Replaced Years After Original Was Stolen
Next: Disney’s “Encanto” has been life-changing, part of a spiritual journey for this Luisa look-alike