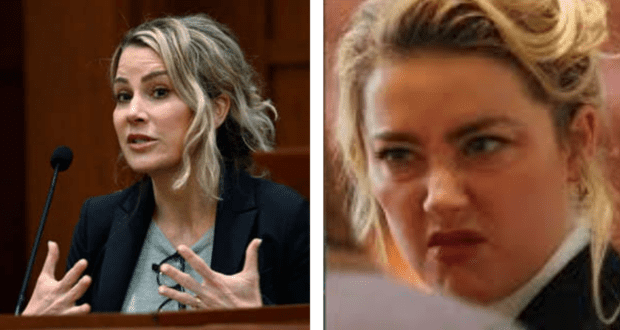 The Johnny Depp v. Amber Heard defamation trial is in its third week, and every day of the trial presents new details about the former couple’s relationship, including arguments, disagreements that escalated, scathing text messages, drug use, substance abuse, alleged domestic violence, alleged infidelity, and more. 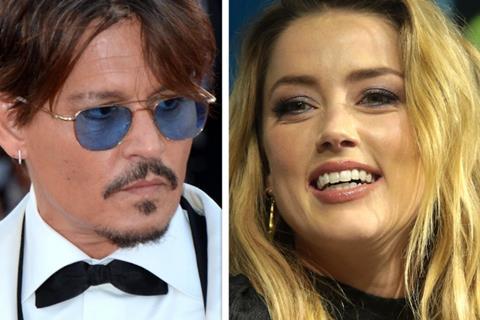 Each day of the trial is fraught with new questions, a few new answers, and very often, some explosive surprises and/or damning testimony and evidence.

Tuesday was no different, as Dr. Shannon Curry, a clinical and forensic psychologist, took the stand to give testimony about the psychological evaluation she conducted with Amber Heard to determine her mental status and answer questions about whether Ms. Heard suffers from Post-Traumatic Stress Disorder, or PTSD. Dr. Curry’s familiarity with the ongoing strife between Johnny Depp and Amber Heard began when she was first contacted by Johnny Depp‘s legal team in 2021. The team representing Mr. Depp called on Dr. Curry to assist in evaluating Amber Heard‘s mental health.

Dr. Curry reportedly made an analysis of medical notes from Amber Heard‘s previous treatment record, as well as other case details. She first met Heard in December 2021. 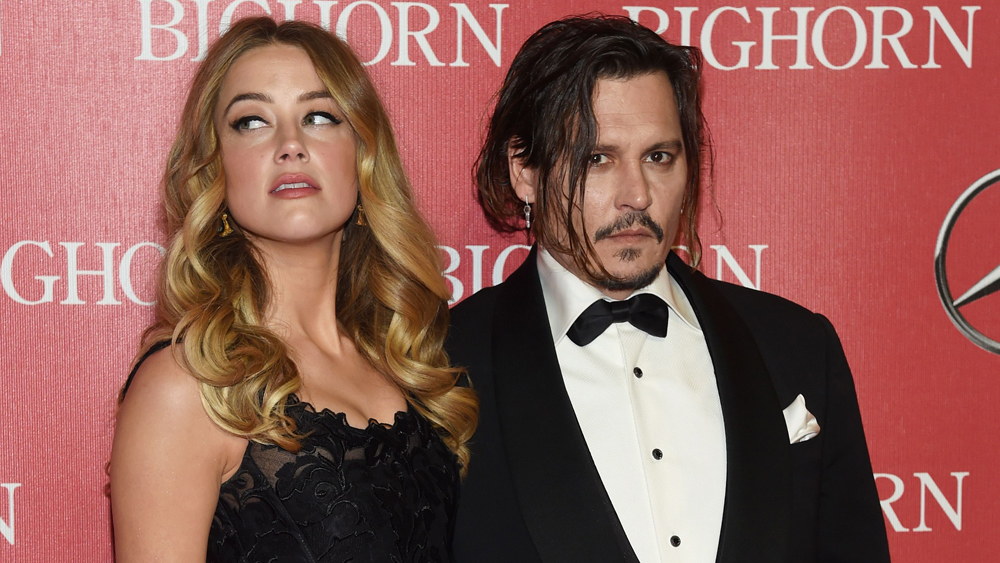 In court on Tuesday, Dr. Curry shared the results of her psychological evaluation of Amber Heard for the record, stating that her findings led her to diagnose the actress with Borderline Personality Disorder, as well as Histrionic Personality Disorder.

According to Dr. Curry’s testimony, Amber Heard “demonstrates psychological symptoms of combined borderline personality disorder and histrionic personality disorder,” which she said was evidenced by “an overly dramatic presentation” with “impressionistic speech” that “really lacks any substance.” Dr. Curry elaborated, saying that a diagnosis of Histrionic Personality Disorder results in the patient having a constant need to be the center of attention. In her expert opinion, an individual with the disorder will often put himself or herself into the role of the “victim” or into the role of “princess.”

As Dr. Curry described the findings from her evaluation of Amber Heard, Heard remained generally stoic but rolled her eyes during the testimony.

Dr. Shannon Curry, a psychiatrist, is on the stand explaining how she came to this diagnosis. Amber Heard is openly rolling her eyes. #JohnnyDeppVsAmberHeard pic.twitter.com/sq1IrNwywg

When Dr. Curry elaborated on Amber Heard‘s diagnosis of Borderline Personality Disorder, she explained to the court that the disorder often renders the patient fearful of abandonment and can also lead to interpersonal relationship problems. Dr. Curry said that individuals with BPD often exhibit very extreme behaviors in order to keep abandonment from happening, even if it is only a perception or fear of abandonment, rather than an actual threat.

Dr. Curry went on to discuss her evaluation of Amber Heard with regard to Post-Traumatic Stress Disorder, or PTSD. According to Dr. Curry, the CAPS-5 evaluation was used to determine whether Heard suffers from PTSD. Curry called the evaluation tool the “gold standard” assessment for PTSD, saying that it involves interviewing an individual with “clear questions.”

It is Dr. Curry’s professional opinion that Amber Heard does not suffer from PTSD, despite Heard’s claims that her allegedly tumultuous relationship with Johnny Depp has left her with the disorder.

Dr. Curry has been practicing clinical and forensic psychology for more than 15 years. She is licensed in California and Hawaii and is the founder of the Curry Psychology Group, a California-based counseling center. She reportedly specializes in psychological counseling and assists patients dealing with “trauma, violence, and relationships.” Johnny Depp has sued his ex-wife, actress Amber Heard, for defamation that he claims has damaged his acting career. Specifically, Depp points out an op-ed Amber Heard penned that was published in 2018 by The Washington Post, in which the actress describes herself as the victim and survivor of domestic abuse.

Though the piece never mentions Johnny Depp‘s name, Depp alleges that the seething piece is responsible for the defamation of his name and his career. He is suing Amber Heard for $50 million in damages. When her attempts to have the Johnny Depp trial thrown out of court proved fruitless, Amber Heard countersued Depp for $100 million.

RELATED: Johnny Depp fans reprimanded by judge during trial: “I will have you removed”

The Johnny Depp Amber Heard trial is taking place in the Fairfax County Circuit Courthouse in Virginia, and the Honorable Judge Penny Azcarate is presiding over the case, which takes place Monday through Thursday each week and is expected to last a total of five to six weeks.

The court trial will pause the week of May 9, as Judge Azcarate will be away during that week.