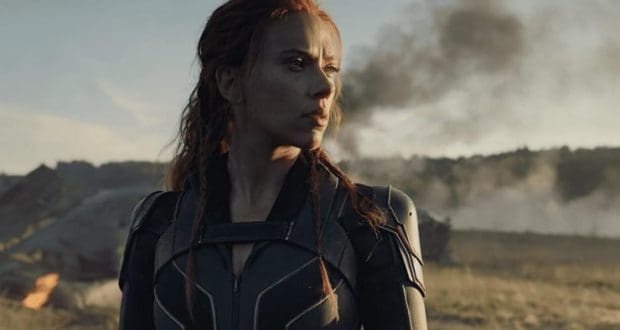 The Scarlett Johansson (AKA “Black Widow”) and Disney dispute continues. If you need to be caught up, Johansson recently announced she is suing Disney for the release of Black Widow on Disney+ which she says was not part of their original film contract. Even though the COVID 19 pandemic hit the actress wanted an exclusive theatrical release. Disney responded with disappointment. Disney’s upcoming “Tower of Terror” film is currently on hold as Disney has reportedly cut all ties with Johansson. With all of the Johansson news highlights, she was privately keeping hidden that she was pregnant and as of a few days ago celebrated the arrival of a baby boy! In other words – there has been a LOT going on! Now, Disney is asking for private arbitration. It sounds like Johansson’s lawyer is not happy about it.

On Friday night (August 20), the Walt Disney Company filed to move the Black Widow and Scarlett Johannson lawsuit out of the public court and behind closed doors with a confidential arbitration. As reported by Entertainment Weekly: “In the filing, Disney took aim at Periwinkle Entertainment, the company through which Johansson negotiated her contract and the official plaintiff in the case. Disney’s motion argues that Periwinkle agreed to resolve all disputes “‘arising out of, in connection with, or relating to’ Scarlett Johansson’s acting services for Black Widow” through arbitration, and accuses Johansson of legal chicanery to attempt to take the dispute to court.”

The actress’s lawyer, John Berlinski, responded: “After initially responding to this litigation with a misogynistic attack against Scarlett Johansson, Disney is now, predictably, trying to hide its misconduct in a confidential arbitration,” said Berlinski. “Why is Disney so afraid of litigating this case in public? Because it knows that Marvel’s promises to give Black Widow a typical theatrical release ‘like its other films’ had everything to do with guaranteeing that Disney wouldn’t cannibalize box office receipts in order to boost Disney+ subscriptions. Yet that is exactly what happened — and we look forward to presenting the overwhelming evidence that proves it.”

The Marvel movie recently became the highest-grossing film at the domestic box office since COVID-19 began, with $179.3 million. In its motion on Friday, Disney revealed a rare Disney Plus disclosure that Black Widow had also grossed “more than $125 million in streaming and download retail receipts.” Did you go see Black Widow in the movie theaters or did you use the Disney+ streaming service?

In the midst of this back and forth between Disney and Johannson, on August 18, Colin Jost (Johannson’s husband), took to Instagram to share the big news that a baby boy has been born. Jost used three hashtags in the post. Notice the 3rd one. “#wegotawaywithitforalongtime, #nokidspolicy, #we’regoingtodisneyworld“. Jost is a comedian and Saturday Night Live writer. The “We’re going to Disney World” hashtag is rather entertaining, especially with Johansson and Disney’s current scuffle.

2021-08-21
Jamie Sylvester
Previous: A Favorite Disney Resort Lounge Has Reopened!
Next: All Cavalcades Removed from EPCOT’s Entertainment Line Up