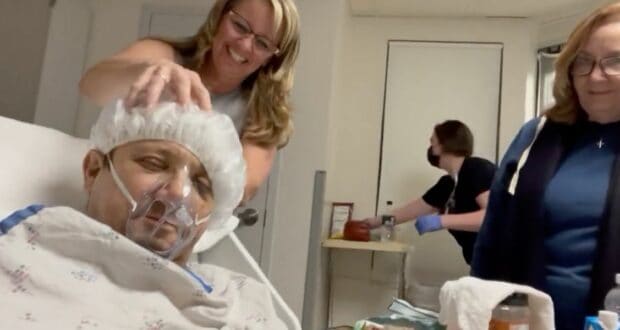 Last week, Marvel star Jeremy Renner — who plays Hawkeye in a number of films and shows in the Marvel Cinematic Universe — was involved in a horrible accident while snowplowing at his home near Reno, Nevada. According to reports, Mr. Renner was using a large, professional snowplow and something happened, and the snowplow — which weighs more than 14,000 pounds — ran over his leg. Renner lost a massive amount of blood and was airlifted to a hospital, where he was listed in “critical but stable” condition. 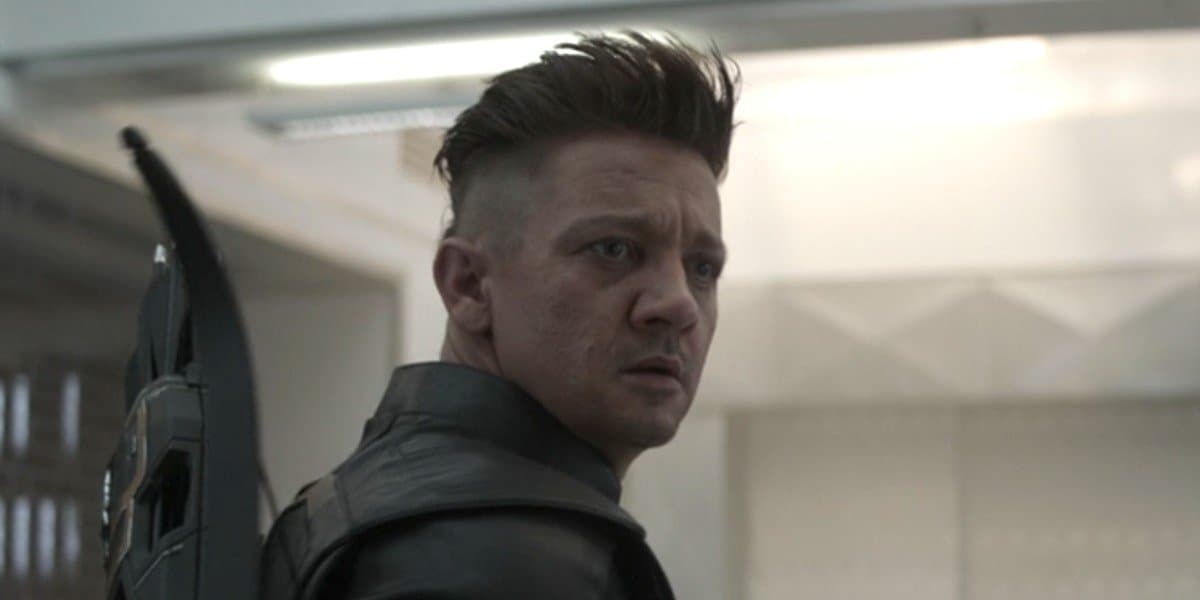 Just days after Renner was admitted to the hospital, it was also reported that, in addition to the extensive damage to his leg, Mr. Renner had also suffered “blunt chest trauma.” Thankfully, it appears that the actor is doing well and on the mend. On January 3, Renner gave fans a look at some of his injuries and thanked them for their support, but admitted that he was “messed up” in an Instagram post.

Thank you all for your kind words. 🙏. Im too messed up now to type. But I send love to you all. 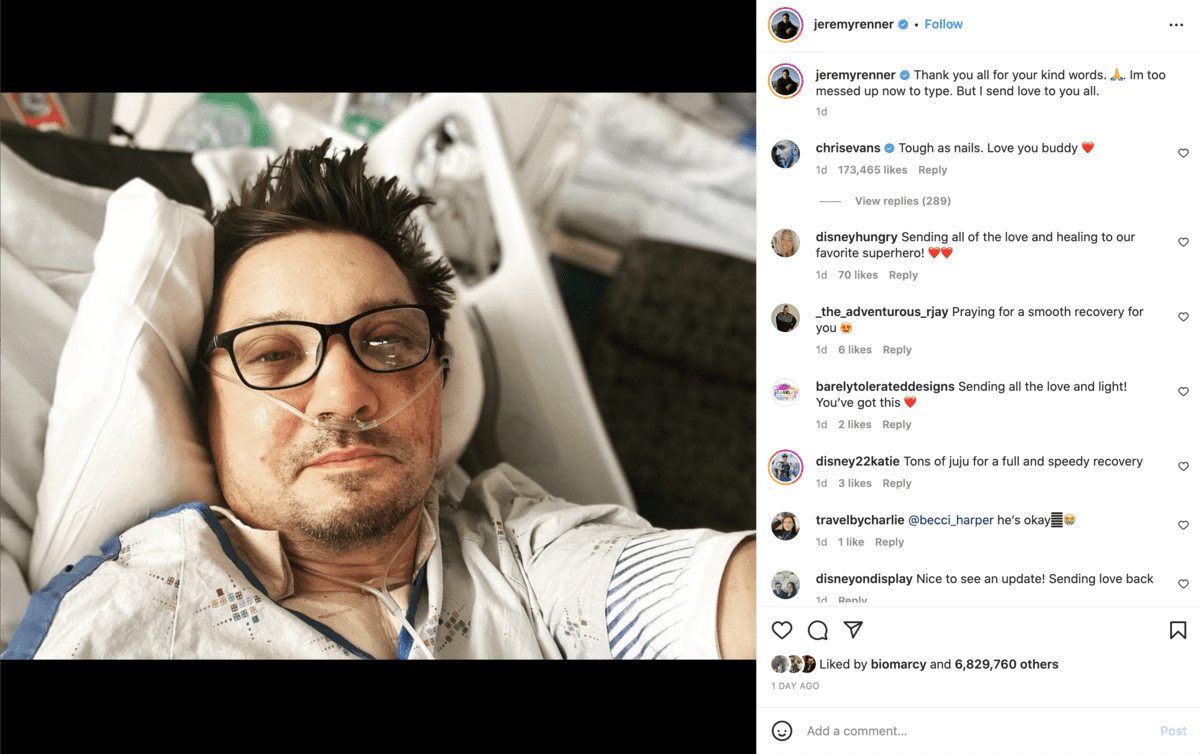 From the time Renner was admitted to the hospital, his family has been by his side. And now, Renner appears to be getting better every day, and he has shared a fun video of his sister and mother pretending to pamper him in while he lays in his hospital bed.

A “not no great” ICU DAY, turned to amazing spa day with my sis and mama❤️. Thank you sooooo much

A “not no great” ICU DAY, turned to amazing spa day with my sis and mama❤️. Thank you sooooo much pic.twitter.com/pvu1aWeEXY

So far, Renner has had two surgeries to repair some of the extensive damage he suffered from the snowplow accident. While Renner remains in the ICU — Intensive Care Unit — a neighbor of his, who is a doctor, was able to save him from potentially more damage when he applied a tourniquet to Renner’s leg to stop the bleeding.

We do not know how many more surgeries Renner will need to repair his leg or how long he will be in the hospital.