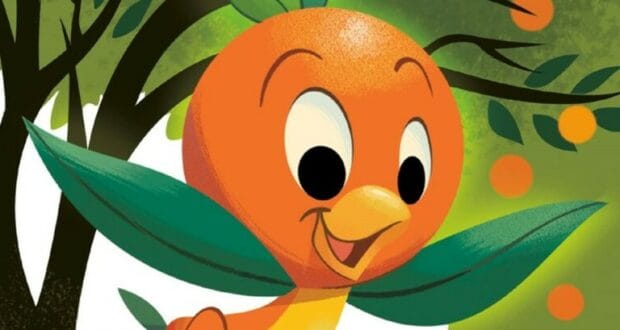 Iconic Disney Park Character Gets Its Own Little Golden Book!

EPCOT has an ever-so-popular Orange Bird Sipper available to Guests which was first introduced during the 2019 EPCOT International Flower and Garden Festival. Orange Bird ear headbands have made their way into Disney merchandise, along with shirts and other Disney merch. Orange Bird has even had a mural painted near Sunshine Tree Terrace at Magic Kingdom Park in Adventureland which makes for a perfect photo op.

As of most recently, you can spot Orange Bird as a golden sculpture with the Disney Fab 50 character sculptures located at Magic Kingdom Park for the 50th Anniversary. Nonetheless, Orange Bird has without a doubt become a Disney fan favorite. And now, a new Orange Bird addition can be added to your Disney character collection!