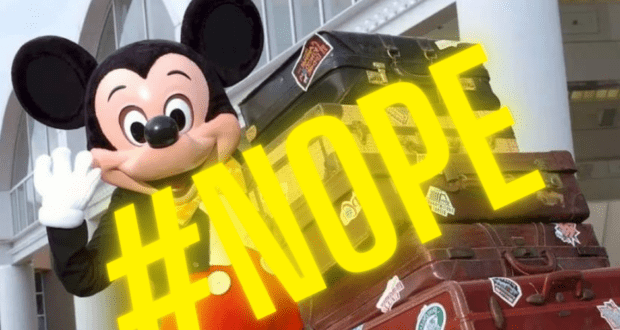 You Can Totally Do Without This Overrated Disney Accessory 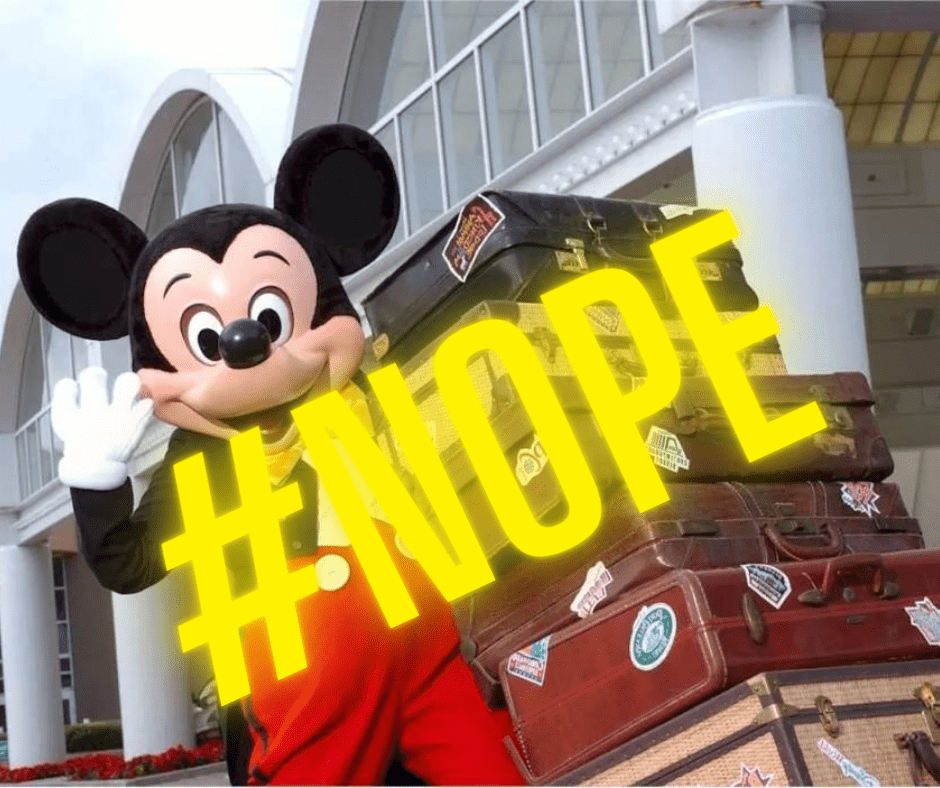 A few years ago I went through an unexpected breakup. It was completely out of the blue, not something I saw coming at all. I really thought it was going to be forever. We were very happy together and then one day-poof!! Our love affair was over forever. After many happy years together, I officially said goodbye to the park bag.

It was my first solo trip with my son and after one day trying to manage everything without my husband’s extra set of hands I quickly decided something had to give. That something was the park bag. How though? Toddlers need stuff! Right!? Our Park bag was packed to the brim with juice boxes, snacks, band-aids, an entire change of clothes, toys to entertain in line, 2 sippy cups (just in case one falls), every type of medication I could possibly imagine him needing, some of my makeup for touch-ups during the day, jackets for us both…. just in case and sanitizer, all the sanitizer (it’s honestly surprising I never thought to bring sanitizer for my sanitizer, even before Covid)! I had something to prove though, people looked at me in shock when I said I was taking my son to Disney by myself. I had to prove we could not only do it, but enjoy it!

The next day, I took a deep breath and went cold turkey- cut the park bag out completely. I was nervous, certain that this would be a terrible mistake and I’d have to go back for it at some point. After all, going to a Disney Park with nothing is crazy…isn’t it?

The bus to the park was so much easier to juggle (seriously, have you ever tried to juggle a heavy bag, stoller, and toddler while standing on a bus? It’s so much the opposite of fun that the only word I can think of is not a magical one). Getting through security was a breeze- nothing set of the metal detectors which would inevitably prompt a bag search. Not that I’m  complaining, mind you, they do great work! My son had a date with a flying pirate ship, though, and I wanted to get him to it ASAP!

After waltzing through security, I was beginning to think this plan just might work. As the rest of the day went on, I quickly realized all of that stuff was extraneous and just added frustration. We didn’t miss any of it.

You know what else I didn’t miss? The hassle! I didn’t miss it getting tangled at my feet it on rides, an aching back/ shoulders from carrying it around all day, having to pull everything out when I wanted something (because inevitably the thing I need would be at the bottom of the bag). It was liberating.

So what about all that “stuff” that I thought was absolutely necessary? We grabbed free cups of water when he was thirsty (better for him than juice anyway), and I knew if we had a medical issue we could go to the first aid center in the park, most items there are complimentary. We talked and played games like “I Spy” in lines (as an added bonus I didn’t have the “no, not that toy, it makes noise/blows bubbles/has parts that may hit someone” struggle in lines).  I brought a shout pen that fit neatly on my pocket in case of food spills. My Magic Band eliminated the need to have any purse type items: my keys, tickets, and wallet were right there on my wrist. A good makeup setting spray eliminated the need to have supplies on hand for touch-ups. Hand sanitizer was readily available for free all over the parks (and let’s be reaI, hand sanitizer is like chapstick, you never use it all before you lose it anyway). It started to rain at one point,  no bag meant no poncho. We splashed in the rain, which to this day is one of my favorite memories with my son. I honestly just didn’t need anything! The world didn’t end and chaos did not ensue without a bag stuffed to the brim.

And so ended my love affair with my park bag. My “must haves” for a day in the park turned out to be nothing but dead weight. I was happier, more carefree and had a better time without it! I will never go back to carrying a bag in the parks again…even after we say goodbye to the stroller (That relationship is still going strong. I’m not giving it up and you can’t make me)!

Understandably, this approach is not a one size fits all. People who depend on daily medications, for example, could probably not get by without carrying a bag of some sort, but for us it was a whole new world of hassle-free fun! Do you carry a bag in the parks? Let us know in the comments!

Can you bring a bag in disney disney bag Disney Dining Disney hacks disney info disney tips disney tips and tricks disney's animal kingdom disney's hollywood studios Epcot Magic Kingdom Park bag what do you need at disney what to pack in your park bag 2022-07-08
Jill Bivins
Previous: How to Choose the Right Disney Resort
Next: BOLD MOVE: Effective today, Disney has a new way to profit from Johnny Depp’s talents. And they still haven’t apologized.