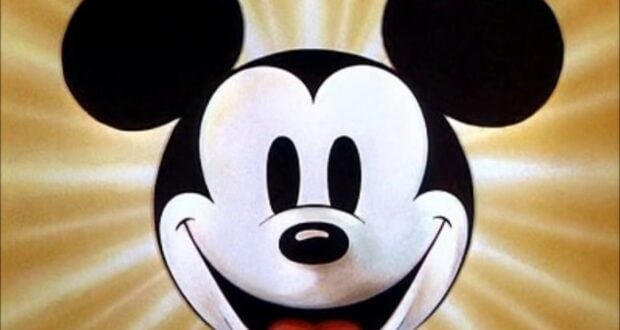 Hurricane Ian rocked Western and Central Florida over the last 24 hours. Our thoughts have been with our loved ones, co-workers,  Cast Members, and everyone in the path of this deadly storm. The threat was severe as Ian flexed his strength over the state. We’ve followed the situation closely and, through our fear and worry, have found a few humorous moments along the way. Everyone deals with fear and anxiety a little differently.  Some turn to preparedness, and some choose to ease their nerves with humor. We’ve rounded up some of our favorite bits of laughter from the storm in the hopes that it’ll make you smile as it did for us. Not all are specifically Disney-related, though most are, but each one brought a smile to our faces during a dark and scary time. 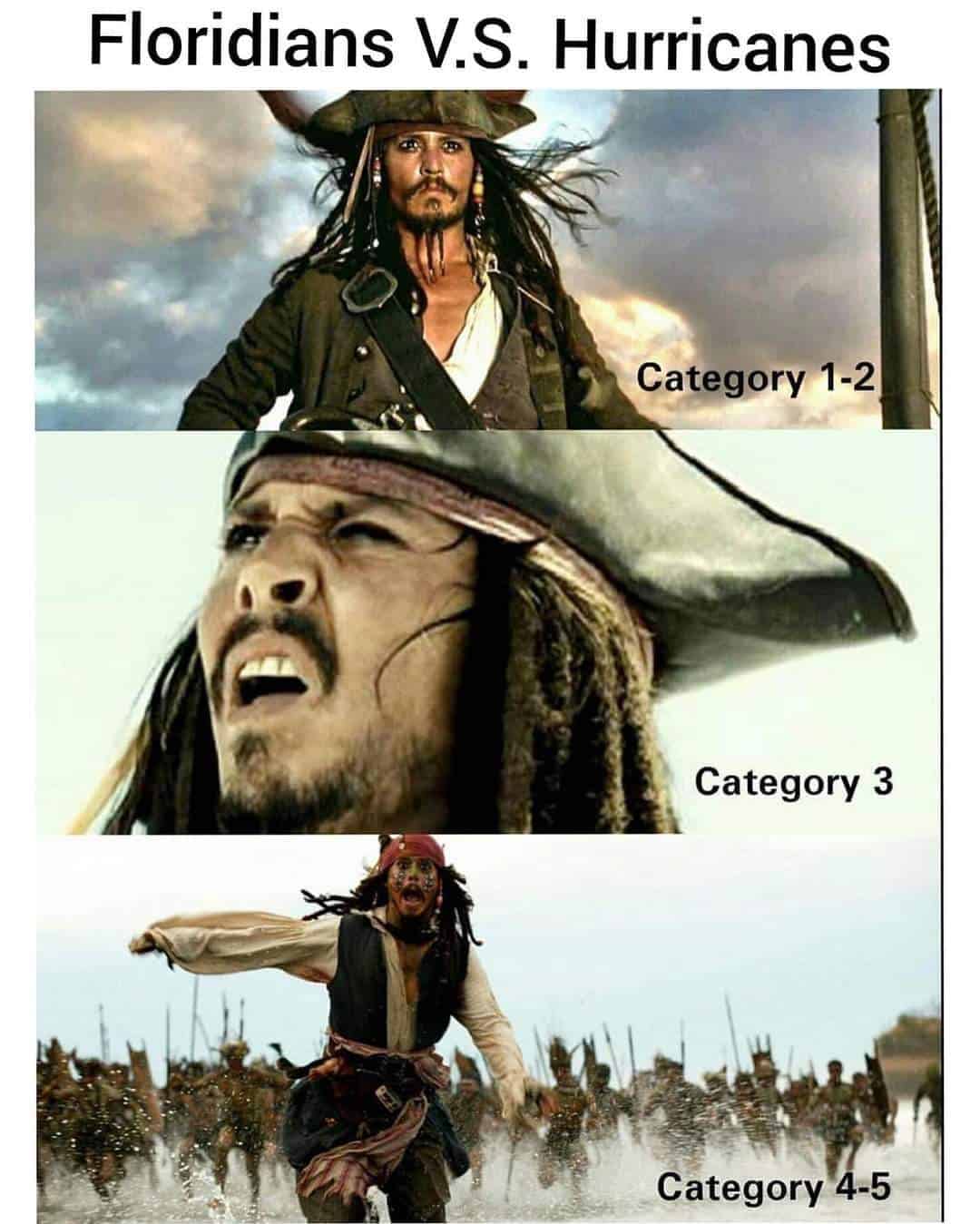 Ahh, Captain Jack, he’s ways good for a quick laugh. This hilariously accurate meme shows the natural progression of concern when assessing how concerning a hurricane is going to be. 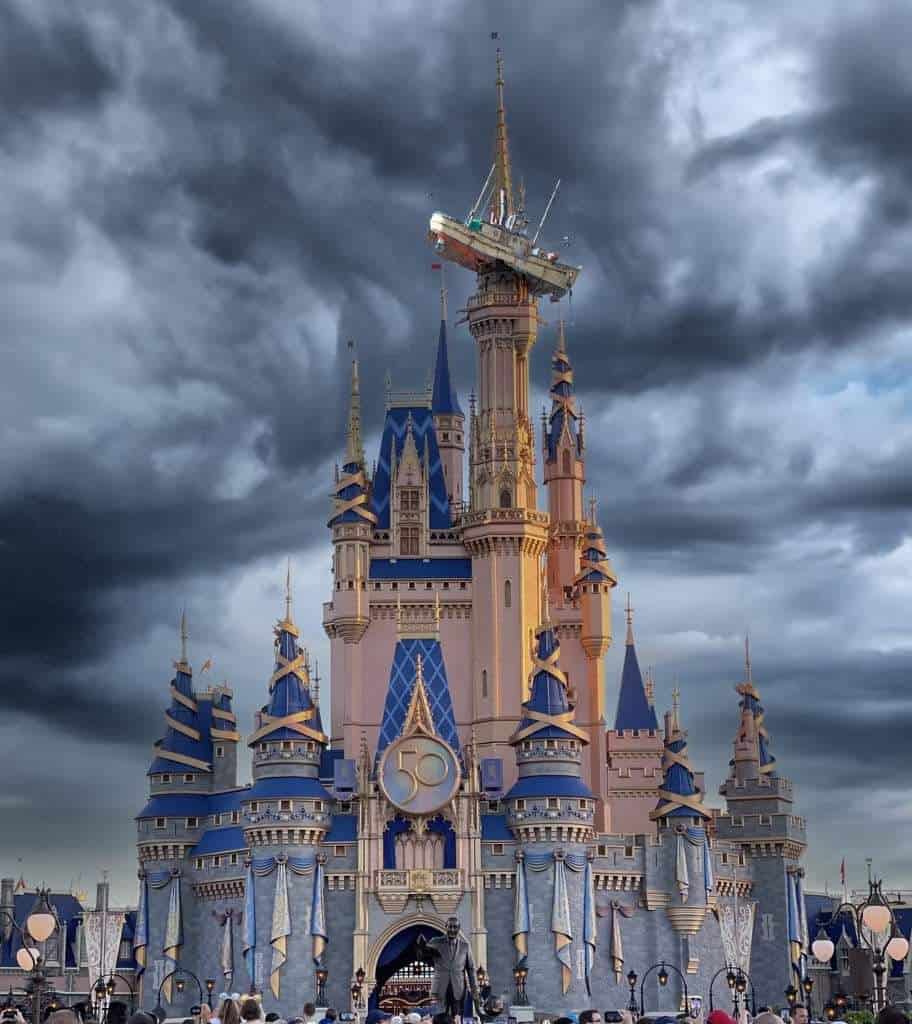 This hilarious photoshop shows Typhoon Lagoons shipwreck blown on top of Cinderella Castle.  It’s a bit of a thinker if you’re not familiar with Walt Disney World, but for those that are…this is priceless. 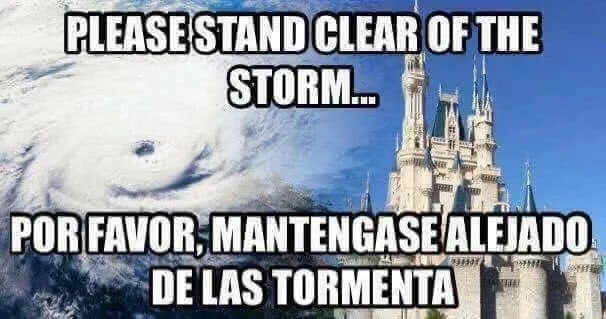 Just saw this on EPCOT Center Drive near The Living Seas with Nemo and Friends pic.twitter.com/nud7mDzYWo

No EPCOT Sharks escaped during the hurricane, so we feel OK laughing at this one. 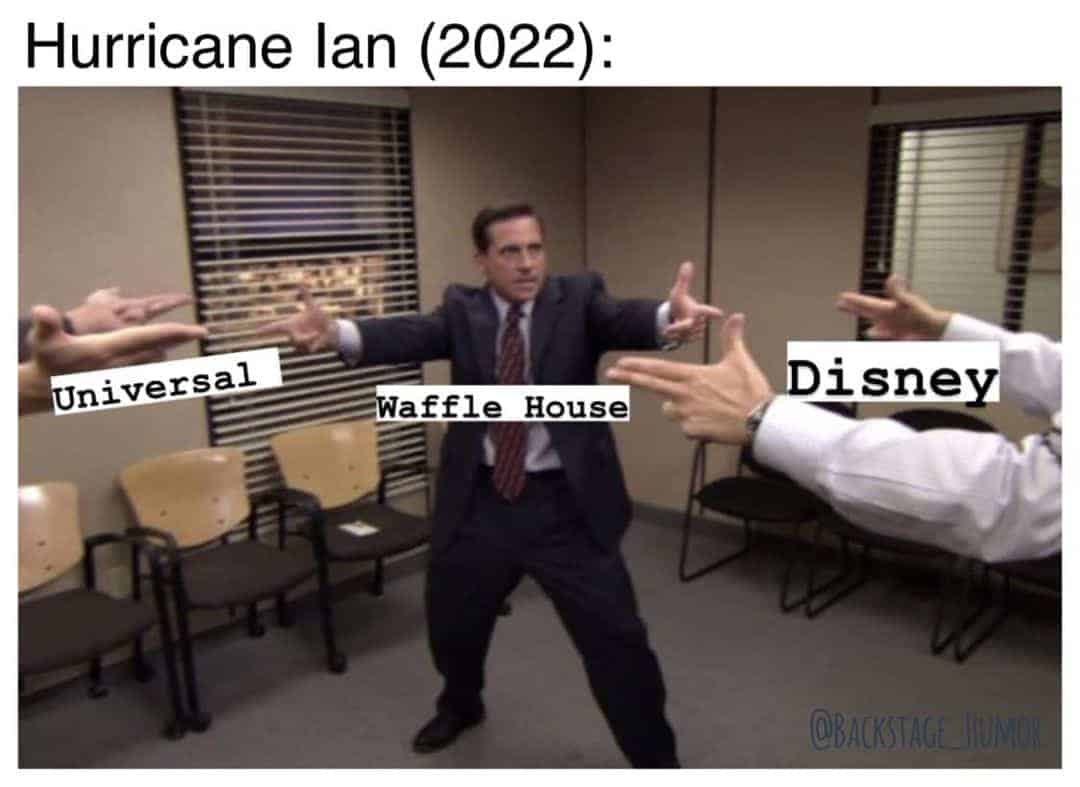 Tuesday felt a bit like a standoff between the big three to see who would close first. If there’s one thing Floridians know, it’s that when Disney, Universal, AND Waffle House close, it’s time to take things seriously. 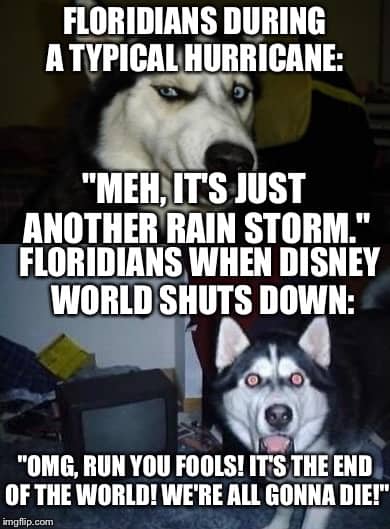 In keeping with the same theme, no one knows hurricane preparedness like Floridians do. Hurricane season lasts for six months every year, though most hurricanes occur in September (fun fact!). You don’t live with that sort of looming threat without developing a metric for when to start worrying.

Hurricane snacks are a thing, and the urge to devour them all at once is strong. The only problem with that is once they’re gone, they’re gone.

If there’s one thing anyone who lives in a hurricane-prone area knows, it’s that you never want to see Jim Cantore show up in your neighborhood. 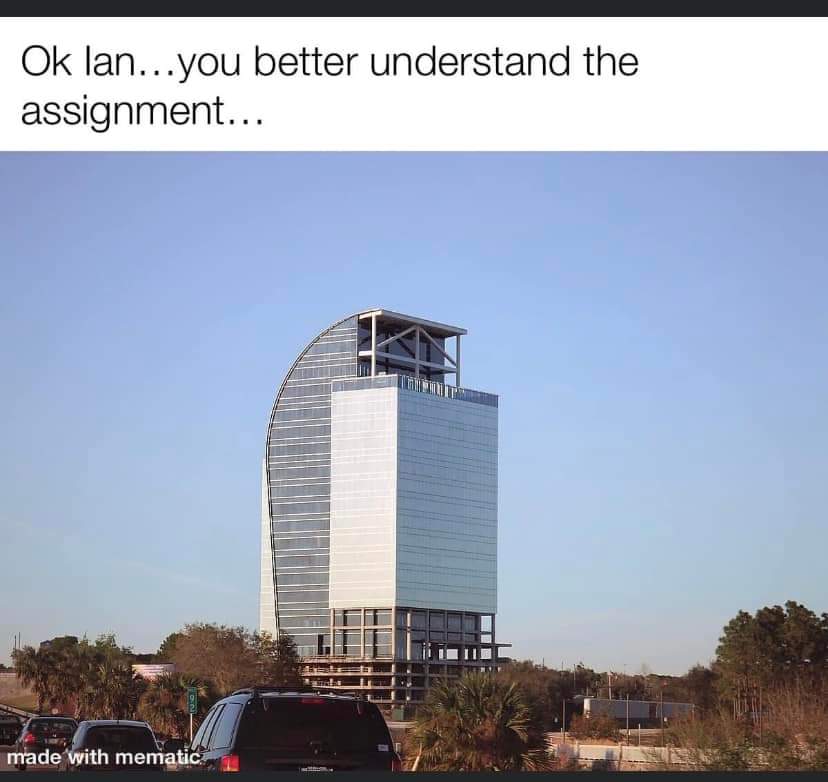 Last but certainly not least is this gem. The Majesty building, better known as The I-4 Eye Sore, is the source of much hate in the Orlando area.  The mysterious building has been under construction and empty for nearly 20 years (and we’re pretty sure it was the inspiration for Doofenshmirtz Evil Inc.). This meme made the rounds before the storm made landfall. We aren’t condoning property damage or destruction in any way, but since the building survived the storm unscathed except for a few broken windows, we can look back on this with a chuckle.

We hope you enjoyed our meme roundup. It is all meant in good fun and with the best intentions to bring a smile during a stressful situation. Did we miss a good one? Let us know over on Facebook, but please keep it tasteful.

2022-09-30
Jill Bivins
Previous: How to Help Floridians in Hurricane Ian’s Aftermath
Next: Can You Feel The Love Tonight? The Most Romantic Disney Resorts