A huge piece of Florida history has been found deep in the Atlantic Ocean, quite literally.

Disney World was gearing up for a milestone celebration that year–the 15th anniversary of the opening of Magic Kingdom–and EPCOT had just recently marked its three-year anniversary.

And though the addition of Disney-MGM Studios as Disney World’s third theme park was still a few years away, the idea for, and efforts toward, the new park were already two years old.

The Oprah Winfrey Show debuted on the Disney-owned ABC Network that year, and the USSR (United Soviet Socialist Republic), now known as Russia, found its way into the international news as the first-ever modular space station, the MIR, was launched, and a nuclear power station in the city of Chernobyl, Ukraine, exploded that year, causing one of the most talked-about nuclear disasters in history.

The year was 1986, and in January of that year, parts of Florida experienced near-record low temperatures. The coldest day in the so-called Sunshine State that year was January 28, a pivotal day in NASA’s Space Shuttle Program and in the lives of the families of 7 astronauts aboard the space shuttle Challenger, named for the British Naval research vessel HMS Challenger that sailed the seas in the 1870s. 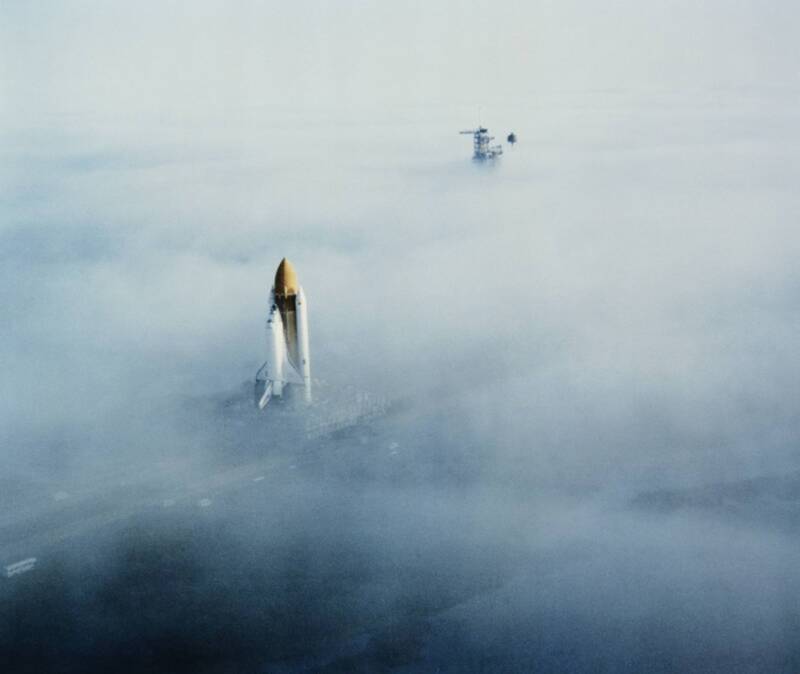 Challenger sits at the ready on the launch pad at Cape Canaveral/Credit: Space Frontiers/Getty Images

They were an energetic crew, excited for the mission ahead–one that called on the astronauts to deploy a communications satellite and would also allow them to study Halley’s comet while the shuttle orbited the earth.

That excitement was palpable as thousands of Floridians gathered across Titusville, Florida, and Port Canaveral, Florida–among other locations–to witness Challenger’s liftoff on January 28, 1986. Millions of students and school faculty across the country were also gathered–though around classroom televisions–to watch Challenger take to the skies.

But only 73 seconds after her two solid rocket boosters lifted her away from the earth’s surface just after 11:30 that morning, that excitement turned to horror as Challenger–which had already reached an altitude of nearly 9 miles above sea level–was overcome by a massive fireball born after the failure of an O-ring inside one of the shuttle’s solid-fuel rockets, a failure caused by the near-30 degrees Fahrenheit temperatures at the time of launch.

Challenger’s fuel tank tore apart from the rest of the orbiter, and liquid oxygen and hydrogen spilled out, resulting in what many thought was the result of an explosion. The space shuttle itself was torn apart as it was severed from the rest of the rocket’s many components. The only explosions that day were those of the rocket’s individual propellant tanks, and by that time, the entire spacecraft was already broken to pieces.

Debris rained down over the ocean for more than an hour after the shuttle broke up. Debris recovery efforts took months as divers worked to retrieve pieces of the destroyed spacecraft from the Atlantic Ocean and bring them back some 18 miles to the shores of Cape Canaveral, though divers’ efforts yielded pieces of Challenger from the very beginning.

The remains of all 7 crewmembers, however, were not located until early March 1986, nearly 2 months after the tragedy. As Challenger had just lifted off at the time of the failure, all 7 astronauts were still located inside the shuttle’s crew compartment. The compartment was located under nearly 90 feet of water, with the remains of the entire crew inside.

The catastrophe and ensuing loss of life rendered NASA’s manned shuttle program suspended for more than 2 1/2 years. But a discovery earlier this year has cast the program and the terrible tragedy into the spotlight yet again, as NASA announced last week that a large huge section of the Space Shuttle Challenger was found, partially buried in the sand at the bottom of the Atlantic.

An announcement about the discovery was made by NASA’s Kennedy Space Center on Thursday. 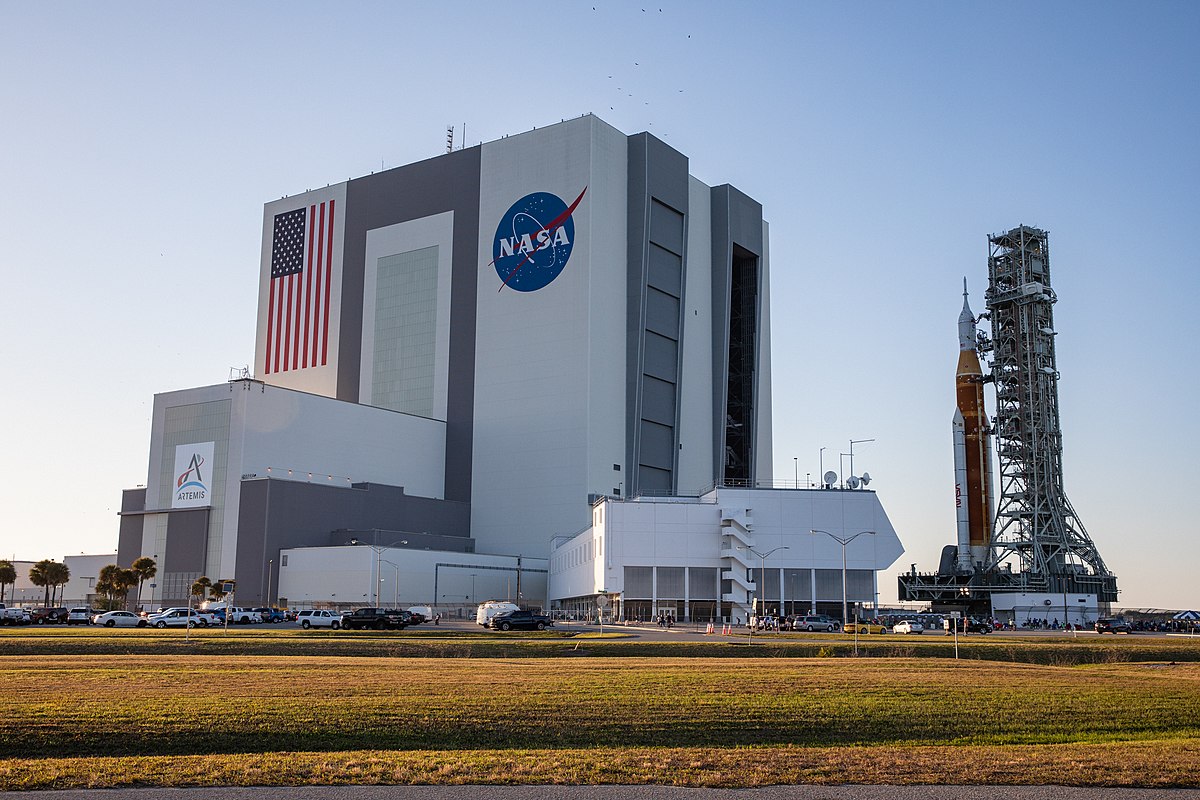 “Of course, the emotions come back, right?” said Michael Ciannilli, a NASA manager who confirmed the authenticity of the remnants and their association with the Space Shuttle Challenger. Ciannilli says when he saw the underwater video footage, his “heart skipped a beat.”

“It brought me right back to 1986 and what we all went through as a nation,” he said.

The discovery is the first since two pieces of Challenger’s left wing washed ashore in 1996. It’s also one of the largest pieces of the shuttle to be discovered since the tragedy.

The section of the shuttle was discovered in March 2022 by divers looking for the wreckage of a World War II plane for a History Channel documentary titled, The Bermuda Triangle: Into Cursed Waters, slated to premiere later this month. Shortly thereafter, NASA confirmed that the piece was part of Challenger.

The section of the shuttle discovered in March measures more than 15 feet by 15 feet. It’s believed to be bigger than that, as part of it is covered by sand on the ocean floor. The piece features square thermal tiles, leading NASA to believe the piece is from the belly of the shuttle.

Though families of the seven crewmembers have been notified about the discovery, the fragment remains where it was found, just off the coast of Florida near Cape Canaveral.

“We want to make sure whatever we do, we do the right thing for the legacy of the crew,” Ciannilli said. 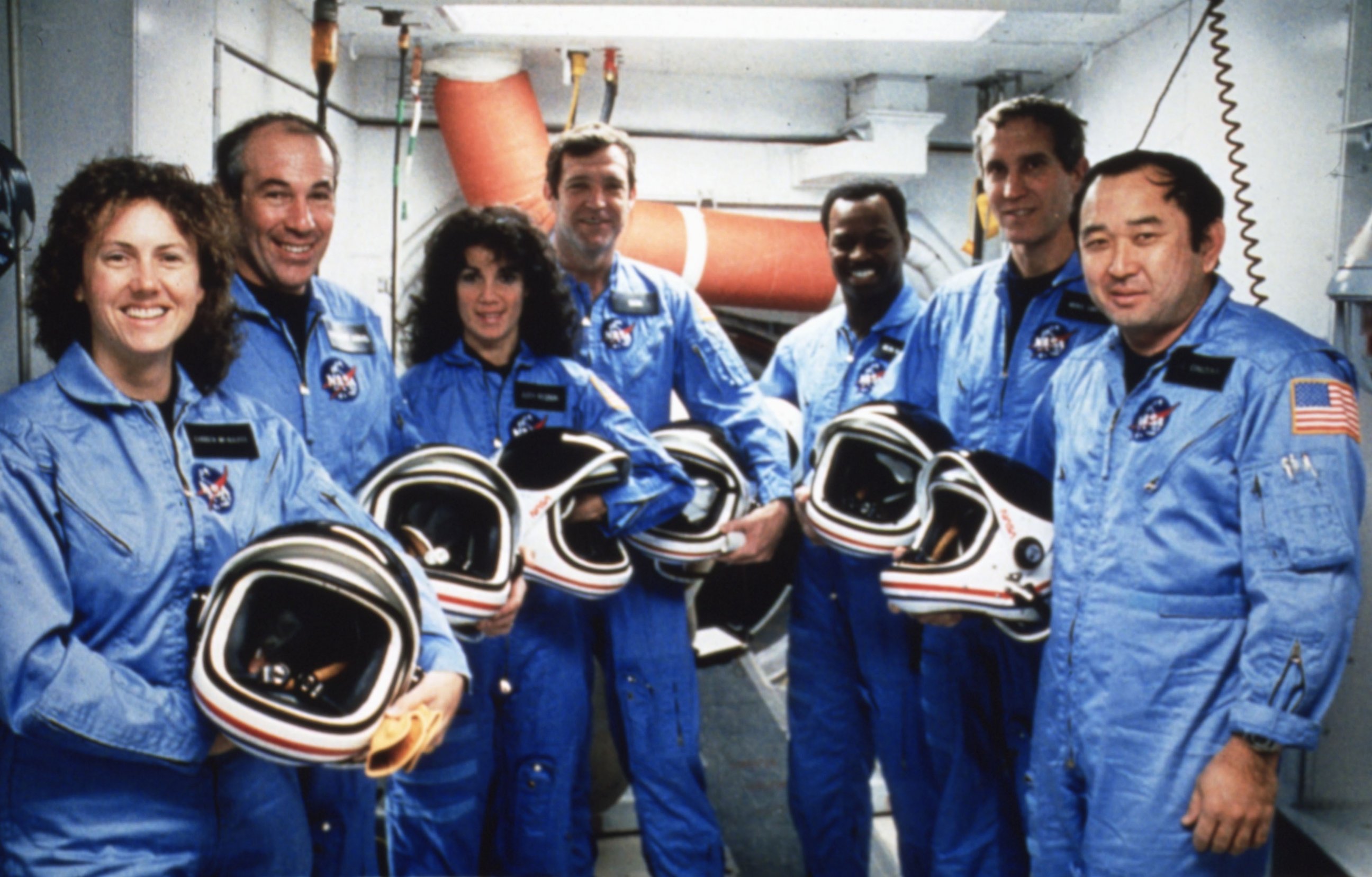 To date, more than 107 metric tons of debris from Challenger have been recovered. While that’s a staggering amount of debris, it represents less than half of the entire spacecraft, including the external fuel tank and parts of both solid-fuel boosters. Most of the wreckage recovered is buried in unused missile silos at Canaveral’s Space Force Station.