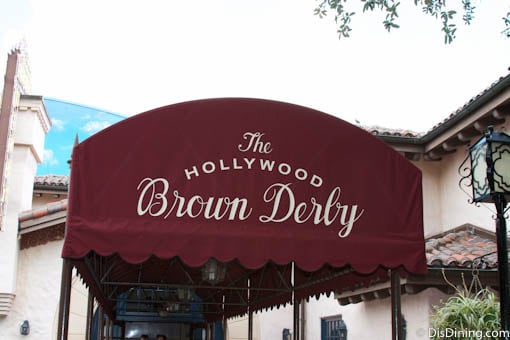 Whether you long for the grandeur of an era past or merely want to dine in an exceptional Disney theme park restaurant, look no further than the Hollywood Brown Derby at Disney Hollywood Studios. Rich in history, the original Hollywood Brown Derby was opened in 1929 on Vine Street in Tinsel Town. Although not widely known, there was a chain of Brown Derby restaurants in the Los Angeles area, the two most famous being the original on Wilshire Blvd which was a lavish example of the era’s whimsical architecture (this was the one in the actual shape of a man’s derby hat which most people equate with the name) and the one aforementioned on Vine Street (the location most synonymous with Hollywood’s Golden Era and the one on which Disney’s version is modeled.)

The dining room is alive with the feel of yesteryear. Surely it deserves an Oscar for set decoration and authenticity. The lovely, stylized ambiance of old Hollywood looms large. It doesn’t take much imagination to envision movie moguls of days gone by lunching here, while negotiating lucrative film contracts. From the dark, rich mahogany finishes to the mood lighting, there is an air of quiet elegance and sophistication. The walls are adorned with hundreds of black and white caricatures of famous actors and actresses, the hallmark of the original restaurant.

Our waiter, Daniel, was a man of few words. No welcome, no suggestions. no explanations of the menu’s fare. While he did not fail us, we expected a bit more from a place seemingly so suave and debonair.

At the Hollywood Brown Derby, the food is clearly the star!! Every tray that went by was filled with appetizing meals. The presentation of food is obviously a top priority as everything is made to look tempting and delectable.

I had to order the Cobb Salad, not merely a signature dish here but one that was actually invented at the original Hollywood Brown Derby and named after one of the owners of the chain. It was phenomenal. The ingredients (avocado, bleu cheese, egg, turkey breast, tomato) were fresh and plentiful and finely diced then mixed so that each forkful offers the flavor of every component. It was served with a delightful vinaigrette which didn’t mask the flavors but gave them a subtle kick. If you are a fan of Cobb Salads, you will adore this original version. And if you’re not, I suggest you give this one a try.

My companion ordered the pan-seared Pork Tenderloin, another highly recommended dish. Tender medallions of pork are perfectly pan-seared in a brilliantly prepared apple cider au jus. The pork was so tender it could be cut with a fork and literally melts in your mouth. The au jus somehow didn’t overpower but enhanced an already fabulous dish. A delicious red cabbage slaw and four-cheese spaetzle (egg noodles) were wonderful garnishes. My companion raved it was one of the best pork dishes he has ever sampled. Another Oscar nomination for best food on Disney property.

While Big Band music played and did add the proper tone to the setting, the volume was so minimized that we didn’t even realize any music was playing until fifteen or so minutes into our meal.

Because of the heavy rain outside, several “streetmosphere” performers wandered inside. Immediately the dining room took on a more jovial, festive atmosphere. Would-be actors and fast-talking agents conversed with patrons, illiciting laughter and plenty of photo opportunities. Of special note was “Holden Hollywood” who stopped by our table, touting his importance in the film industry and boasting of his inside scoop on the Hollywood scene. Fun!

It was time for dessert and while my eyes were set on the fruit cobbler, we opted for another signature dish and one that sounded very “Californian”: The Grapefruit cake: layers of yellow, spongy cake with a grapefruit-cream cheese icing. At first, it seemed refreshing and moist. But it had a very bitter aftertaste, rathe.   r odd for a dessert. While I enjoy grapefruit, I wasn’t a huge fan of this dessert and would not order it again. I found myself consuming a lot of water afterward to rid my palate of the bitter aftertaste.

The Hollywood Brown Derby is a delightful, shining star in the firmament of Disney restaurants, a loving tribute to a glamorous time in Hollywood history.

Food: Probably some of the very finest in all of the Disney Resort

Atmosphere: Authentic and sophisticated. May not be as appealing to small children as to adults but will charm movie buffs and fans of the Golden Age of Hollywood.

Service: Could have been better. Surprisingly low-key and not as attentive as one would expect.

Tips: Take time to wander around the restaurant and view the famous caricatures. And if you get a chance to interact with the actors, converse with them and play along to enhance the feel of old Hollywood. 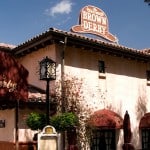 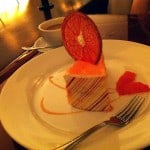 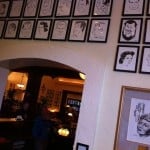 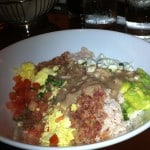 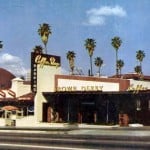 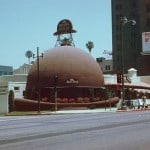 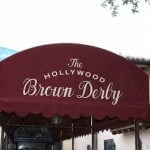