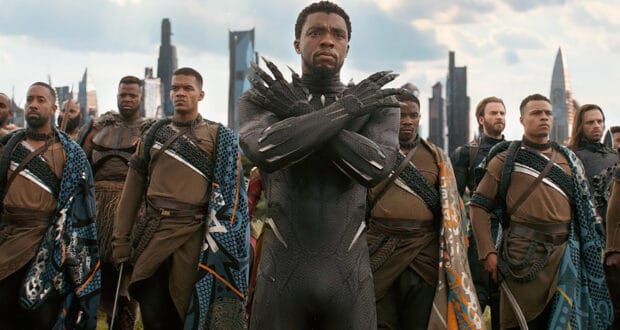 In 2016, Marvel fans across the globe were introduced to King T’Challa AKA Black Panther — played by Chadwick Boseman — in Captain America: Civil War. Boseman would go on to portray King T’Challa in Black Panther (2018), Avengers: Infinity War (2018), and Avengers: Endgame (2019). Boseman also voiced Black Panther in Marvel’s What If…?. Sadly, Boseman passed away from colon cancer in 2020 — but the incredible mark he left on Hollywood remains to this day. 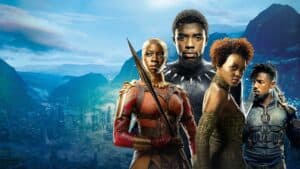 Netflix recently came out with the new film The Harder They Fall, starring Regina King and Idris Elba and the film pays tribute to Boseman and the impact he had on the film industry. Strong Black Lead shared a touching picture on Twitter where the stars of The Harder They Fall stand in front of a train car named C.A. Boseman — short for Chadwick Aaron Boseman.

Our favorite trivia from #TheHarderTheyFall might be the fact that the train is named after our forever king, Chadwick Aaron Boseman.

Our favorite trivia from #TheHarderTheyFall might be the fact that the train is named after our forever king, Chadwick Aaron Boseman. 🖤 pic.twitter.com/wahEALnftR

Here is more information on Strong Black Lead from The Hollywood Reporter:

Strong Black Lead is a sub-brand of Netflix that amplifies content specifically targeted to various slices of the Black experience. While it has its own vertical on Netflix, boasting the deepest bench of Black programming among the top streaming services, it has also become a popular brand outside the platform at the cross-section of technology, culture and community-building. 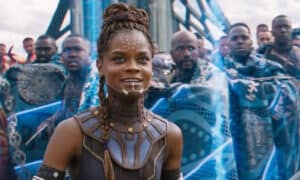 Black Panther: Wakanda Forever was, up until recently, filming in Atlanta, but was forced to shut down production due to an injury suffered by Letitia Wright — who plays Shuri, the genius sister of T’Challa — in August. Production has been halted until 2022 as Wright continues to heal. Black Panther: Wakanda Forever is scheduled to be released on November 11, 2022 and will also see stars Angela Bassett, Lupita Nyong’o, and Danai Gurira reprise their roles as Ramonda, Nakai, and Okoye, respectively. Wright’s injury is not expected to delay the film’s release.

2021-11-08
Krysten Swensen
Previous: Emilio Estevez Responds to ‘Mighty Ducks’ Exit, Reveals He Had Covid: “I Am Not Anti-Vaxx”
Next: Hidden Mickeys in the Magic Kingdom